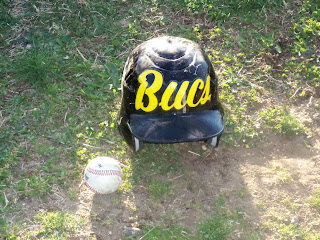 Steen school
-Thursday 4- April
The first Students vs. Teachers basketball game Tip off is at 6:30 p in the Steen Gym
Tickets are $2.00 for Adults and $1.00 for Students 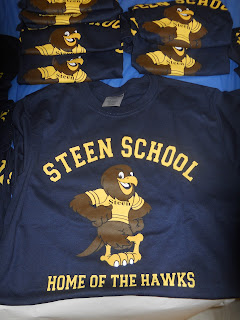 Bogota High School Spring Musical
- Friday & Saturday 5 & 6- April
The Drama Dept. at Bogota High School present the musical " Guys & Dolls". Curtain time for both nights is at 7:30 p. Tickets are available at the door, they are $8.00 for Adults and $6.00 for Students & Seniors
It will be performed in the High School Auditorium  located at 2 Henry Luthin Place Bogota , NJ 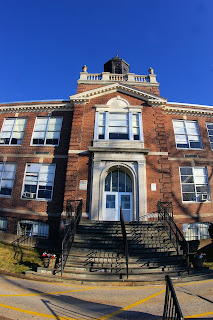 Posted by Bogota Blog NJ at 9:23 PM No comments: 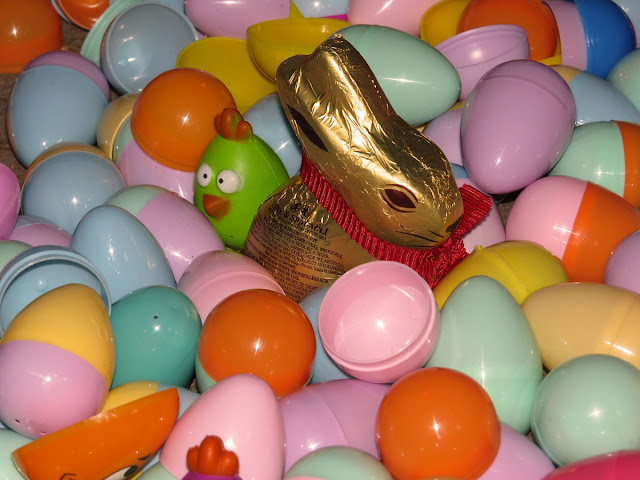 Posted by Bogota Blog NJ at 8:57 AM No comments:

29- March-2013
Luka's, the landmark restaurant in Ridgefield Park, had it grand opening in it's new location in Bogota. After 23 successful years in Ridgefield Park the owner Luka had an opportunity to give his restaurant a significant upgrade, which he could not afford to turn down. With the lease on his former space coming up for renewal Luka was approached by the owner of the strips of restaurants that are located at the turn of River Rd  before it goes under the CSX tracks. Luka had always like the site with in lager front windows, a pathway that could have a few tables set outside for some causal "Summer Dinning", and one big feature a parking lot. As part of the agreement the Landlord redecorated the entire space, and upgrading the Kitchen, working  with Luka  to give him a first class Establishment to serve the patrons from the local area.
An important part of the new location is that is still near the Ridgefield Park community, so close in fact that some of his regular costumers can walk to  dinner. And now so can the residents of Bogota can sample his take on Italian cuisine. Along with the parking lot, and access to major highways patrons came in from Long Island, and points West came to join in the Grand Opening.
Luka , along with his son Nick, can now have a larger, or open space to entertain their guest. With larger, more modern space  Luka hopes that this will help his son to continue to grow, and build on the foundation that his Father has started.  He also is looking forward to growing with his neighbors Boxcar  Bagels, and Bogota Chinese Restaurant. Luka sees the trio of eateries as being a good mix of taste in food. He has always been a fan of Boxcar Bagels, and hope that some of those customers will come back for dinner with him. Along with some of his regulars will return in order to have a nosh for breakfast.
The menu is the same as before with Luka himself creating some old , and new specials.
Luka's Italian Cuisine is located at 10 River Rd. Bogota, NJ  across from Bogota Volunteer Fire Dept Engine Co. #3 . The phone number is 201-440-2996 ( which is still the same)
and their website is:  www.lukasitaliancuisine.com 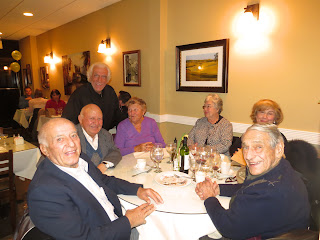 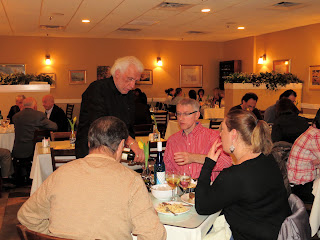 Sharing a bottle of  wine.

Posted by Bogota Blog NJ at 9:43 PM No comments:

25- March -2013
On Saturday the newest  Bogota Library club met for the first time with the premier of the Lego League. This is a group for every one who enjoys  playing, building, and collecting Lego. Run by Damarias Melendez, this is a chance for children, along with their parents to spend some time together and have fun.  It was a small group that saw children, as well as the parents showing off their  skills with Lego. Some pre-made sets where on display to show the different variety  of ways Lego can be put together. There was a working basketball game, in it's own arena, with players that can shoot baskets, rolling fire trucks, and some " Harry Potter" models.  There was also loose piles of Lego blocks  that could be played with  how every one's imagination saw fit. Some children brought in sets that they had already started on, and added to while there. And it was also a chance to show off some of their finished project and share with others.
The next meeting will be on Saturday 27- April starting at 10:30 a in the Seniors Center located on the second floor. All participates are encouraged to bring their own Lego, and they may donate any Lego blocks they wish. All donated Lego will stay with the Lego League and be available to all at the next scheduled meeting. This has no affiliation with the Lego company, or any of their stores.
For  more information please call the  Bogota Library at 201-488-7158

Posted by Bogota Blog NJ at 9:16 PM No comments:

24-March-2013
On Saturday Morning the Borough of Bogota held their annual Easter Egg Hunt in Olsen Park. Sponsored by the Bogota Recreation Commission this Spring event is open to all the children of Bogota from 3rd Graders to the youngest members of the community.   The Easter Bunny was on hand to hand out prizes and sweets to the young  runners. The first group was the Preschoolers some of which got to look for eggs for the first time.  The older children then had their own chance to run for eggs after wards. 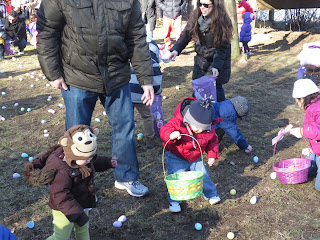 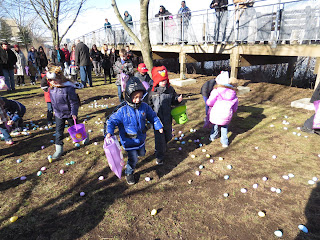 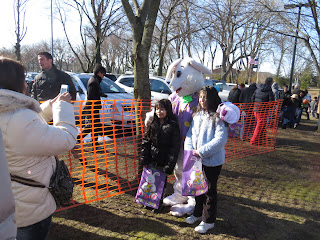 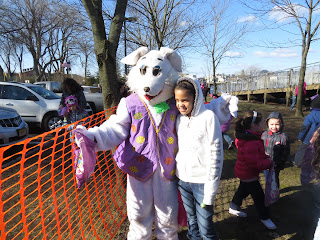 Posted by Bogota Blog NJ at 2:39 PM No comments:

23-March-2013
On Friday night the Bixby School held it's International Night in it's Gym. There was a chance to sample the  food that represented the many heritages of the families who attend the school. There were two presentation of live music that shows the diversity of the Borough of Bogota. First, Eamonn Radburn  of the Bergen County Firefighter Pipe Band & a Member of Bogota Volunteer Fire Dept. Engine Co. #2, perform several numbers on his bag pipes.  More live music was provided by Ana Sofia Villamar accompanied by her son Joshua sang traditional songs of  Venezuela.
Students had a chance to make an Adinkra Cloth  with the help of Deborah Nettingham. The Adinkra Cloths are a traditional shawl to be worn by Ashanti royalty at special, or religious ceremonies. These cloths would be stamped with traditional Ashanti symbols. 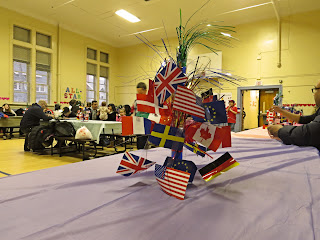 Posted by Bogota Blog NJ at 4:10 PM No comments:

22- March-2013
On Saturday 13- April-2013 The Kim Lynn Memorial Fund will host a Evening of  Comedy & Music. This will be held at the VFW located at 241 W. Shore Ave Bogota, NJ, The doors will open at 8:00 p.  There will be music will be proved by " Bachelor Party" and the comedy will be by Uncle Floyd. Dinner will be served prior to the evenings entertainment.  The proceeds will go to the Lynn Irrevocable Trust, a fund that goes to benefits Ms. Lynn daughters.
Kim Lynn an Air Force veteran and 15 year nurse at the Bayada Home heath care, and was nationally honoured in March of 2011 for her work in developing simulation program for home heath care at the NJ Home Care Association Conference.
Tickets for this this event are $55 per person. For more information about the Kim Lynn Memorial Fund , and to purchase tickets please go to www.lynnirrevocabletrust.org

18-March-2013
The Bogota Men's Softball League is now excepting registration forms for the 2013 season. This year the fee is $125 per player, and are due to Team Managers on, or before, 30- March-2013.  There are ten teams in the league, and will play a ten week schedule.  All games will be played at Olsen Park.
For more information please contact League President Richard Melendez at 201-906-1618 or at lifetraining@hotmail.com. Or at their web site www.leaguelineup.com/bogotamensoftball

Posted by Bogota Blog NJ at 5:14 PM No comments:

16- March-2013
Some events coming up next week in and around Bogota.
Sat. 23- March -2013
- The annual Easter Egg Hunt will take place in Olsen Park.
9:00 a  for Pre- school children
9:20 a  for Kindergarten to 2nd Grade
9:40 a  for 3rd grade and higher
Bags will be provided by the Easter Bunny, children may also bring their own  baskets if they want.
Parents are urge to stay off the field after the eggs are placed on the grass. Parents may help the youngest Pre- K children if needed. 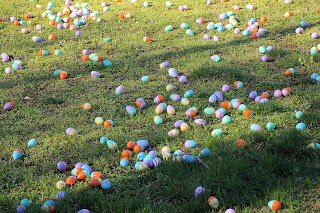 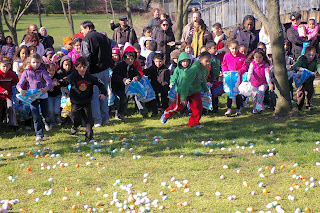 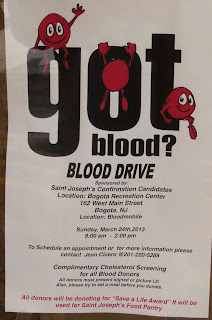 - The  Bogota Jr. Football teams will have sign-ups on Sat. from 4;00 p to  6:00p and on Monday. 25- March from 7:00 p to 9:00p. Both sign-up times will be at the Bogota Recreation Center at 162 W. Main St. Bogota, NJ . Sign-up for Junior Cheerleading will happen at the same time as the football. Fees for the football is $125, and cheerleading is  $75. For more information please contact Rob Contino at robcontino@hotmail.com 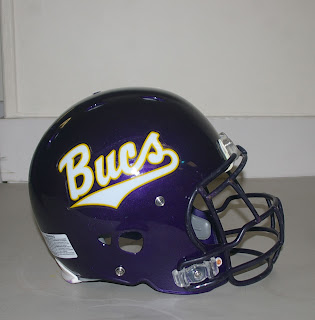 Posted by Bogota Blog NJ at 4:42 PM No comments: