25-June-2012
On Saturday the Bogota Lady Bucs volleyball team, took advantage of the good weather , and held a Car Wash in the Parking lot of Valley National bank. A steady stream of customers helped the team raise money for next season. 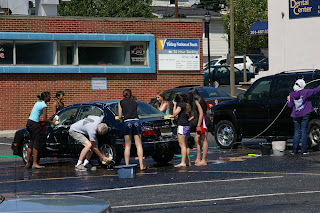 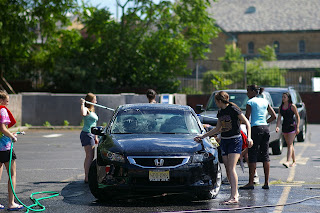 Posted by Bogota Blog NJ at 6:58 PM No comments:

24-June-2012
On Thursday Steen School had it's promotion ceremony for it's sixth grade students. This signifies the end of their Elementary school years, as they move onto Middle school. A number of awards were given out to the students for their Academic achievements, as well as for school spirit, and service.  The Principal's Award went to Alexi Siri  for her work throughout the school year in helping others.  Lauren Pena was chosen to speak for her class in relay all the memories of growing up at Steen, and how they will carry them to the next part of their academic career. The students had an opportunity to thank their parents by coming off stage and presenting them with a white rose.
A special moment was when  Mrs. Roensch was honoured  for 35 years of service to the Children of Bogota. She will retire as this school year has come to an end, we join in thanking her for all her hard work & dedication to the students she has taught over the years.
( Note: Bogota Blog NJ was not able to cover the ceremonies at Bixby or St. Joseph's if anyone has photos they would like to share please e-mail to: www.bogotablognj@gmail.com  Please include a brief description of what the photo is about, with names of the central person  if possible.) 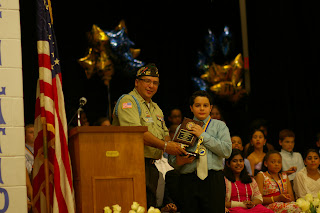 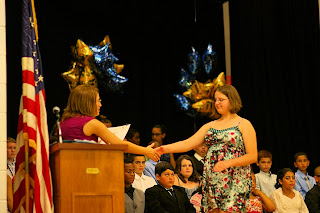 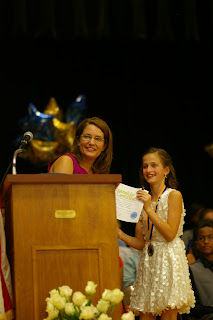 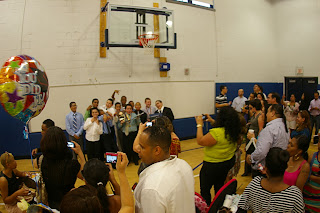 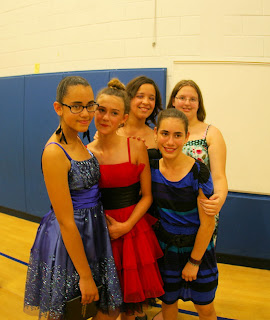 Posted by Bogota Blog NJ at 8:14 AM No comments:

23-June-2012
The Bogota High School Class of 2012 had their Commencement program last night in the school's Auditorium.  Principal Linda Gattuso welcome families and friends to the ceremony. She talked about how they should be proud of the young women & men who stood in front of them.
Arieliz Lopez spoke, as Salutatorian, recapping the the class final year as high school students. Joking at some have had a case of " Senioritis" for the last three years, their final year together was worth the wait. Ms. Lopez recalled senior trips, and parties, Prom night along with sporting events. How the everyday happenings of school life are now a thing of the past. She wonder how many prays were said , by both Parents and Teachers, in order to help the students get through the years. In the end she mention that how she was happy and pleased to standing with her friends, and classmates.
Superintendent Dr. Letizia Pantoliano gave the Keynote Speech. This reminded the Seniors of all the grades they have had to pass through in their academic careers, Pre-school, & Kindergarten, to Elementary, & underclassmen, they have made it to the top.  Dr. Pantoliano told them of the different ceremonies they may have been in this was a graduation. This is a point where they stopped being students, and kids, and now become Adults. Even going to more schooling in one form or another, now the decisions they make are theirs. She hopes the the years in school will help them in the future, wished the them the best in the future they will make for themselves.
Valedictorian Larissa Schumylowych asked her classmates, for their forgiveness if she quoted herself. Six years ago she was asked to speech at the promotion ceremony upon leaving Steen School. The start of her speech then is just as fitting as  today. " I can not believe that six years have gone by so quickly."  Ms.Schumylowych talked about being one of many starting in a new building. There were classmates, from Steen, friends from Bixby, and St. Joseph's along with new kids from other towns, all brought together in one building. After six years all these different people are now on family of Bogota Bucs. She continued to mention the uniqueness of Bogota High School where Upper & Lower grades easily mixed together.
There was music from " Aventura" by the school band to "Soul Man"  sung by the Choir to bring a more uptempo moment to the evening.  When the Diplomas were handed out there were cheers, and shout from fellow students, and the Audience. Hugs, & kisses of Teachers ( even Rey Pella lifting his Mother up when she was allowed to hand him his Diploma). Congratulation for the new Alumni, and Thanks for Teachers , and Parents. The one "incident" would be the sound of a Fire truck horn, and siren when Andrew Gilbert name was called.  The entire school and Borough can be proud of how this Women & Men presented themselves as they are set to begin the next part of their lives. 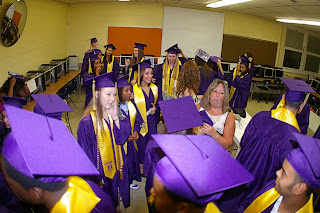 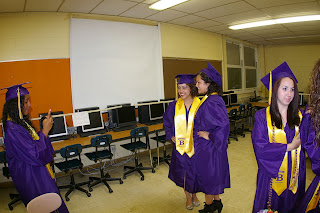 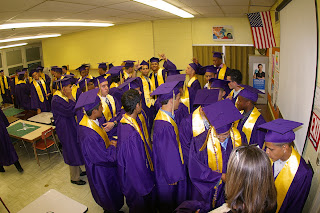 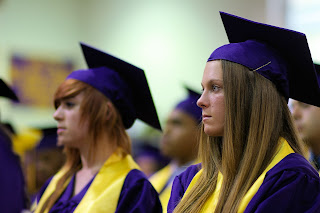 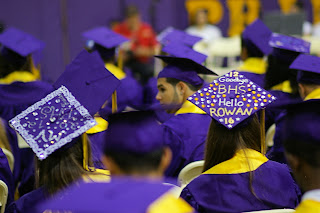 Posted by Bogota Blog NJ at 3:01 PM No comments:

17-June-2012
What is hoped to the first of an annual Alumni game for Bogota Baseball was held on Friday 15-June. Organized by baseball coach Marc Sinclair, it started off with a Home Run Derby with Mr. Sinclair edging out Jason Powner 5 to 4 after two extra rounds of batting. There was much questioning from the other players about him winning his own contest. This was the kind of spirit of relaxed competition  that was to be apart of the evening. The actual game had a mix of this years seniors, current coaches, and other former players of Bogota Baseball. Even some of the coaches from the Little League across the road joined in after their BBO game.
Coach Sinclair hopes this can be an annual event to help raise money for the High School baseball program. 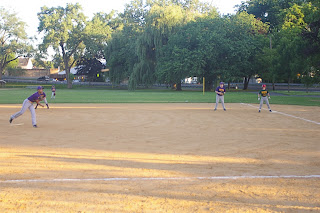 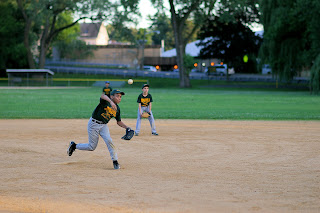 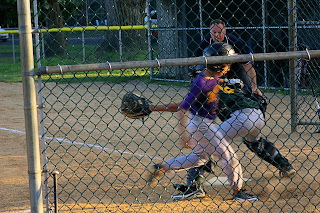 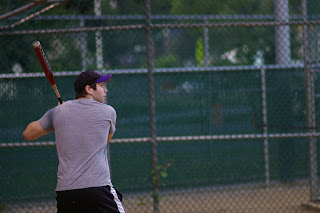 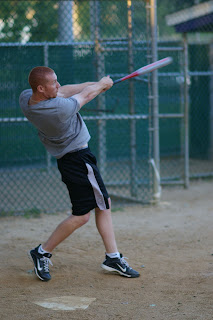 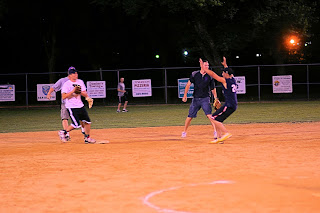 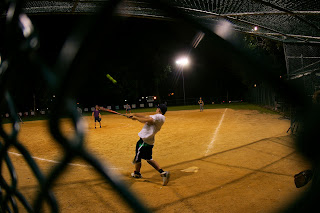 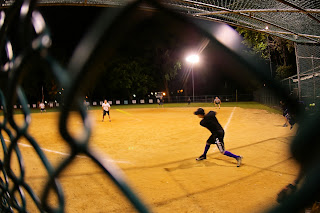 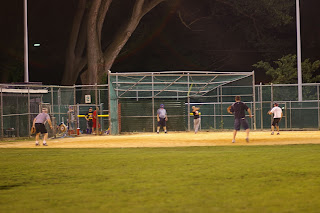 Posted by Bogota Blog NJ at 2:31 PM No comments:

16-June-2012
At the latest Bogota Board of Education meeting there were a few special items presented to the board. First was Sabina Albirt who proposed that the senior trip for the 2012-2013 be to Italy. Ms. Albirt mentioned how informative this year's trip to London was. She also talked how pleased she was with the behavior , and decorum for the students who went with her.
Next was Hal Bomzer from Sharp Printing Plus. Mr. Bomzer ask the Board if his company could be considered to supply uniforms for the students at Steen, and Bixby for the next school year. No action was taken on this proposals at this time.
The last presentation was a small concert by the Bogota Vocaleers. Members of the board were treated to  their rendition of the "Star Spangled Banner", and " Bogota will bring us together" The Board thanked Ms. Swietlicki, and her choir for their performance. 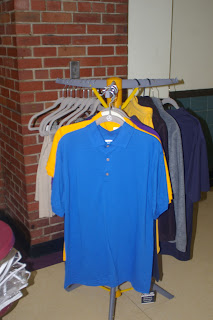 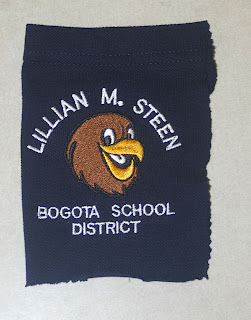 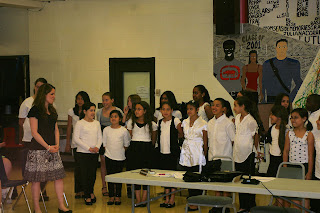