8-April-2022
On Thursday-7- April the Bogota Borough Council held their first in person meeting since February-2019. This was held  on the second floor of the library to allow for safe distancing of anyone attending. Before the start of the meeting Bogota Mayor Chris Kelemen introduced a number of newer people on the dais. They were acting Borough Clerk Ms. Yenlys Flores-Bolivard, Interim Borough Administrator Mr. Edward Hynes and Councilwoman
Ms. Jo Ellen Granquist.  Councilwoman Granquist was elected to office in fall of 2020 and this was her in-person council meeting.  To mark this occasion Mayor Kelemen asked her to lead the attendees in the Pledge of Allegiance.
After the Public Comment session the Council discussed a number of topics. One was to approve funding to compensate a number of band to play at the Memorial Day Parade for 2022.  Another was to reject the second round of construction bids for the proposed Recreation Centre. Even though the amount was lower that the original bids, they were still over the amount of money the Borough has budgeted for the project.  By rejecting these bids the Borough can now proceed with one on one negotiations with each of the firms that submitted a bid. At these meetings representative for the Borough and offer minor changes to the design in order to lower the cost.
When they move to the consent agenda all resolutions were passed by unanimous vote.  Items of note were:
-To approve the hire of  Ms. Elizabeth Stewart as a Licensed Tree Expert to work with the Borough. This is a consulate position to be use as needed. Ms. Stewart’s first assignment is to study, and report on, the condition, and safety of the trees in Olsen Park. This is to learn which trees may need to be removed though-out the park. This includes the tree around the propose Rec Centre and new basketball court sites.
-To approve roadway improvements on Palisade Ave, injunction with the New Jersey Department of Transportation.
- To approve the relocation of a number of New Jersey Transit bus stops on W. Ft.Lee Rd. This will be moved to be closer to the entrance of the Atwater Apartment complex. An Eastbound will be move to the sidewalk cutout already in place. The Westbound stop will be across  W. Ft. Lee Rd. from the Eastbound stop.  The buses that will serve this stop are the : 751 & 755 to Bergen College and Edgewater Commons. the 182 & 178 to New York George Washington Bus Terminal and the Hackensack Bus Terminal, and the 168 to  New York Port Authority  Bus Terminal and Paramus Park Mall.
During the Council reports several announcements were made. One was that the Bogota High School Athletic Hall of Fame will have a fundraiser Beefsteak dinner on Friday 13-May. This will be held at the Knights of Columbus Hall in Teaneck. Cost is $75.00 per person. For more information please use bogotahof@gmail.com
Another was that the Bogota Emergency Services Youth Academy has postpone their next Summer Academy until further notice.
It was also announced that Main St repaving will occur between June and July of this year.  This is scheduled to be a full removal of the old surface, with new pavement and relining to follow. The repaving of River Rd is scheduled for 2023.
After the Executive Session the Council approved a contract adjustment to the Department of Public Works Superintendent by a 4-2 vote.
The next Council meeting is scheduled for Thursday-21-April starting at 7:30p. If permitted the meeting will be held in the Bogota Borough Hall, or in the second floor of the Public Library, located at 375 Larch Ave. Bogota, NJ. If a sharp rise in positive covid cases arise the meeting will be held on line.
For more information or to view the past meeting please visit their website at:   www.bogotaonline.org
( To help  support Bogota Blog NJ with it's coverage of Local stories & sports
please contribute  at: donate to Bogota Blog NJ ) 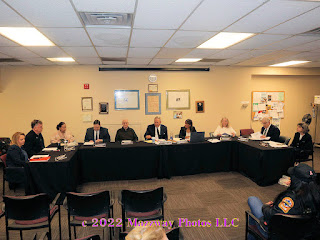 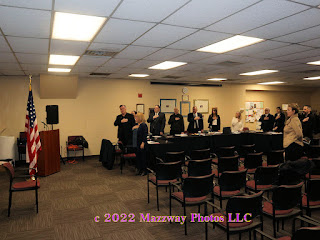 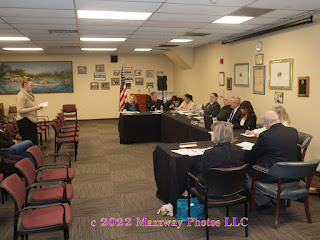 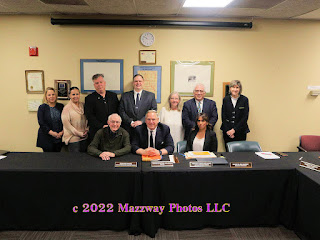 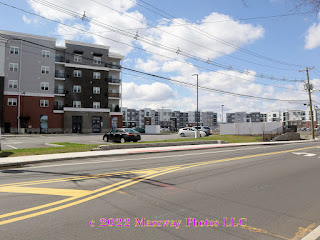 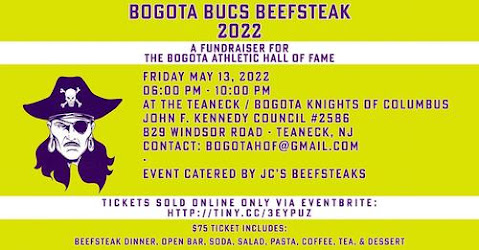