On Thursday-11-August the Bogota Borough Council held their meeting for August. At the beginning of the meeting Bogota Mayor Mr. Chris Kelemen took a moment to remember former Bogota resident Mr. Vin Scully. Mr. Scully lived in the Borough in the late 1950's. For his work with Student-Athletes in Bogota, the Little League in Olsen Park was named in his honour.
The council then moved into closed session for about a half-hour. Once the Public meeting was called back into order, they heard a report on the flooding problem along Fairview Ave.  The Council called Borough Engineer Mr. Greg Polynaik who talked about the effect of Hurricane Ida on the neighborhood. He mentioned that the undersize sewer system of Bogota, the way the sound barrier on Interstate-80 causing storm water to pool, and the lack of maintenace of by the Department of Transportation of the drainage and catch basins installed when the sound barrier was installed. Mr. Polynaik also announced that the Borough was applying for grant funding to offset the cost of replacing the current sewer system to one that has a 15-year storm rating.  He also talked about US Congressman Mr. Josh Gottheimer as also contacted the Bogota about looking for Gant Funding assistance. Then Borough Administrator Mr. Edward Hynes announce that the Bogota Tax Assessor has identified the properties effected and will reduce their assessment to differ the economic loss suffered by the property owners.
Then there were discussion on adding to Borough ordinaces to cover smoking of tobacco based, and cannabis-based products in, or on, Goverment owned spaces. Another was to update parking regulation on certain streets. After that the Council voted on the items on the agenda.  Most were passed by unanimous vote. One item was tabled, and another was passed by a 3-1 vote. Items of note were authorized the reconstruction of Palisade Ave from E. Main St to Linwood Ave. To hire of Special Law Enforcement Officers-class 1 who will be an Auxiliary Officer for the Bogota Police Department. And of Hiring Mr. Edward Hynes as the new Borough Administrator, He has been serving as the Acting Administrator much of 2022.
Other approvals past was the hiring of a new full-time employee for the Department of Public Works, as well as to advertise for a second full time employee for the Department of Public Works.
The next regular Council will be held on Thursday-1-Serptember starting at 7:30p. It will be held in the Council Chambers located on the third floor of 375 Larch Ave Bogota, NJ. For more information please visit: https://www.bogotaonline.org/
(To help support Bogota Blog NJ with its coverage of Local stories & sports
please contribute at: donate to Bogota Blog NJ) 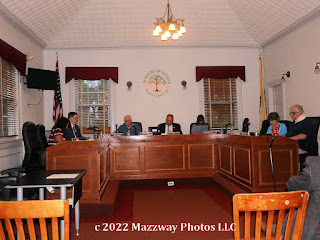 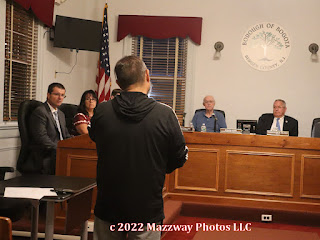 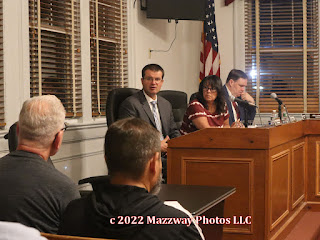 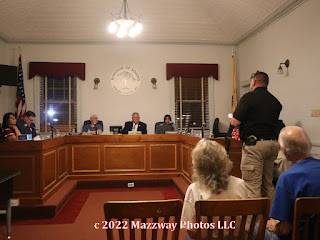