17-August-2022
Earlier this week the Bogota Football Bucs opened their Training Camp for the 2022 football season. The group of players gathered at Feigel Field to begin their workout. When they took the field, the players started the afternoon with a number on warm-up and stretching exercises. Senior players would call out which moves they will be doing, and the team started on the Coaches whistle. Exercises included high knee lifts, forward lunges, side stretches, short sprints, and other to prepare for the training to follow.
Then the players were placed in small groups to work on specific skills. This first session focused on defense.  One group practiced tackling in close quarters, other was on how to get passed offensive blocker. And a third was forcing a ball carrier out of bounds. Each player practiced the skill then replaced by the next player. When all the players took part in two repetitions of the skill they when then move, as a group, to the next skill. Once all the players took part in all the drills the Coaches then moved the players into positional drill. For the defense they were Defensive Lineman, Linebackers, and Defensive Back.  Each player learning and working on the skills for their position.
When this was finished the players would take a break to rest and replace fluids in their bodies. The second session was the time to work on Offense skills.  These were blocking, in-order to keep the defense away from the ball carrier. How look for opening in the defense and gain yardages, and how to become and clear target to receive a pass. After that the players moved to work on Offense Lineman techniques, Running Backs, and Receiving in their own groups.
The Bucs will open their season on Friday-9-September at Wallington with a 7:00p Kick-off. They will play their home opener on Saturday-16-September against Weehawken. This will be the annual Night Game and is scheduled to start at 6:00p
Select photos from the Bogota Blog NJ collection of Bogota Sports are now available for purchase. These may be order from the Bogota Blog NJ Zenfolio store at: Bogotablognj /Sports
(To help support Bogota Blog NJ with its coverage of Local stories & sports
please contribute at: donate to Bogota Blog NJ) 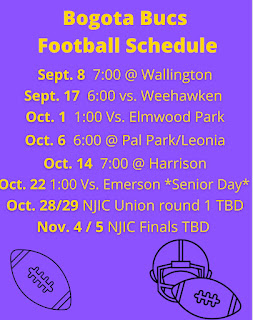 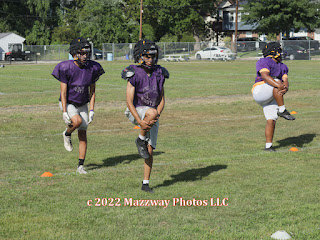 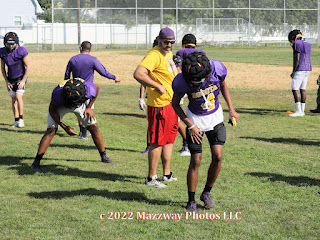 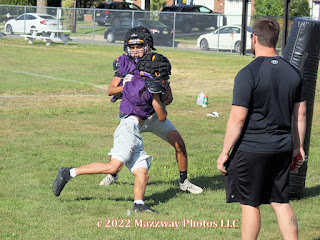 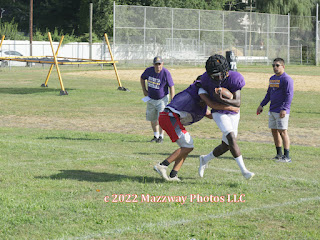 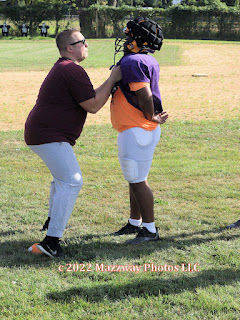 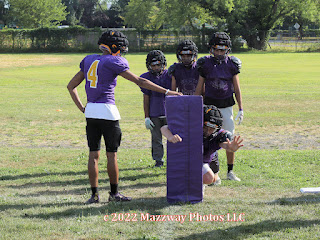 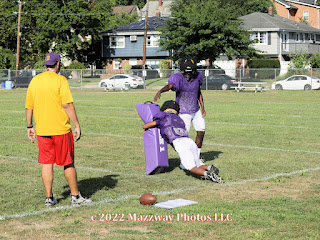 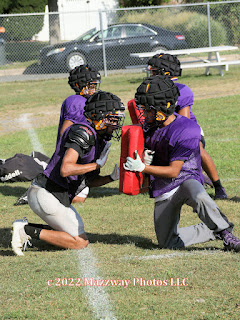 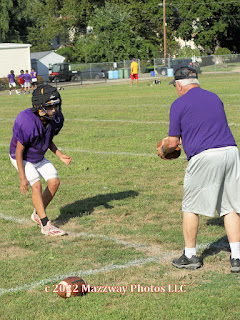 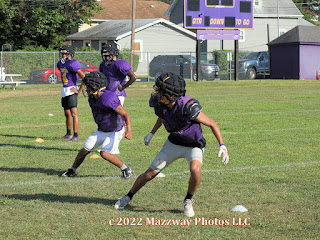