13-December-2017
On Tuesday-12-December the Bogota Board of Education held a special meeting. The main purpose of this meeting was to present a situation involving Steen Principal Dayle Santoro & Bogota Police Sgt. Craig Lynch. Principal Santoro  reported to the Board of Education she had felt threaten during a conversation she had with Mr. Lynch, who was not on duty at the time of the discussion. As a part of that conversation  Mr. Lynch questioned the motives and decision not to rehire School Counselor Whitney Luciano. Mr. Lynch was at Steen school to clean-up the David Moore Gym from the  Bogota Emergency Service Youth Academy Class 07 Graduation for the night before. Sgt Craig Lynch, the Academy's Program Director, openly questioned the Board's discussion in not rehiring Ms.Luciano during the graduation ceremony. A story related to this issue was published at North Jersey .com on Tuesday and can be accessed at: http://www.northjersey.com/story bogota police

The meeting started  with Board President Charlie Severino reading a number of statements. They were the original reporting of the incident by Principal Santoro. A Police report exonerating  Sgt Lynch, and a statement by the Board of Education  which stated that the Board of Education will do whatever is necessary to ensure the safety of their employees. When the floor was open to public comments Bill Brennan of Wayne NJ was the first to come to the podium. He was told by President Severino that citizens of Bogota will be heard first.  When Mr. Brennan refused to step aside the meeting was recessed until Officers of the Bogota Police could arrive. Mr. Brennan continued to read legal accounts from a old court case against against Mr. Severino which was dismissed in 2009. As Mr. Brennan kept talking most of the Bogota teachers present left the room.  When the meeting can back into session  a large number of people from Elected  officials, Teachers, Parents,  and Student all have a chance to voice their opinion. The comments ranged from support for Principal  Santoro  and her right to feel safe and secure while performing her job. To Parent praising the Youth Academy and how it has been a benefit to the Students and the Borough. And a number of Students who felt the need support Sgt Lynch for the work he has done over the years for the Student of Bogota. Mr. Lynch also addressed the Board to talk about how he is passionate for the training of the Students who attend the Youth Academy. Mr. Lynch also gave an apology to Principal Santoro  personally the School Board Superintendent Vincent Varcadipane and the Teachers of the district.  At the end of his time Sgt Lynch also made a quick reference about the future of the Youth Academy.
As the comments continued the tone slowly change from favoring one side or the other to that of acting for the good of the Schools and the Borough. The most impassioned comment was delivered by High School Principal  Damian Kennedy.  Principal  Kennedy about about his friendship with Sgt Lynch and his support of the Academy at its beginning and working together to make the program a success. He also talked about his respect for Principal Santoro as an Educator and a co-worker. Principal Kennedy continued to say how sometimes things are done wrong, and how much harder it may be to move forward. He talked about the good the Academy does, and also the need for everyone to work together to secure safety of the the Students and Staff.
After Public comments a few members of the board said the purpose of this meeting was to inform the public of what has be brought to the School Boards attention and to allow the public access to the decisions made. Finally  Superintendent  Varcadipane address the large crowd, that stayed for the two hour meeting, and talked about how he personally and the Board of a whole need to work harder to cooperate with other organizations in the Borough. He also extended an open invitation to Sgt Lynch to meet and fully discuss this and any other items of importance. Sgt Lynch accepted this opportunity and the two will try an meet at the earliest date. 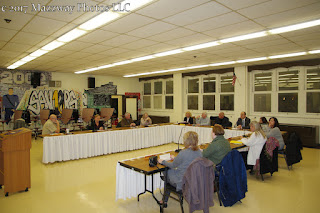 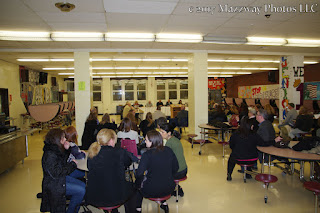 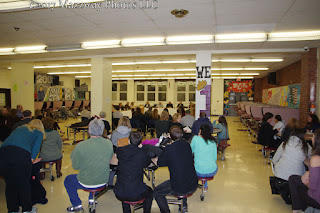 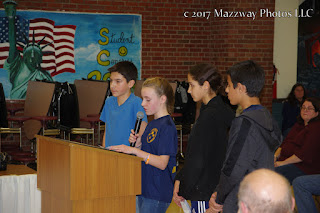 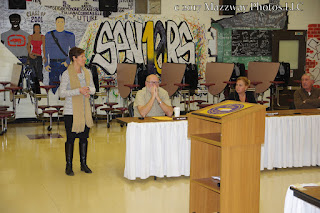 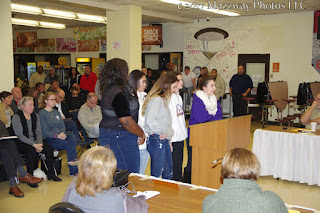 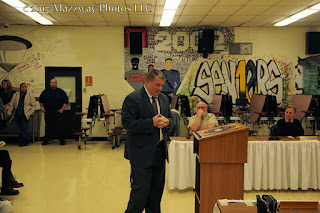 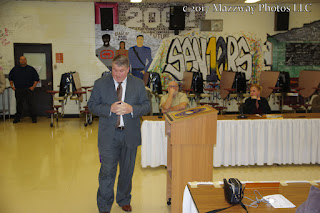 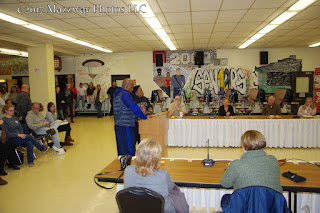 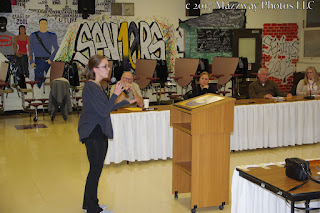 please contribute what you can by using the  donation button  at the top right of the page.)
Posted by Bogota Blog NJ at 7:33 AM