11-December-2017
On Friday-8-December the Bogota Junior Bucs Football teams held their end of the season dinner.  This was a chance to gather one more time for the 2017 season and celebrate the past year. Players from each team were announced, and received their awards on stage in front of Family, friends, and teammate. The Pee-Wee team was the first to accept their awards, followed by the Senior Team. This season the Junior team was the last to receive their trophies which allowed them to show off their. Bi-County Junior Scholastic Football League trophy.  The Junior team finish with a record of 8-1 winning the Championship game 22-0 over Englewood. The only game the Jr. Bucs lost  Englewood early in the season and would be the game when they gave up double digit points. The Junior team would post 6 clean -sheets for the season  including both playoff games. This was the first championship by a Bogota team in the BCJSFL in the four years of playing in this league.
Junior team coaches Erik Santiago and Steve Recio would present a few individual awards which were: Most Improved – Aaron Perez, The Offensive MVP went to Michael Olivo Jr. The Defensive MVP went to Nazario Ramos and The Buc Award went to Vance O’Neal
The members of the Junior team, including their Coaches would also recieve a Championship Jacket.
The Pee-Wee team with finish the season with a 3-4 record. Posting two shutouts
The Senior team would end the year with a 1-7 record. 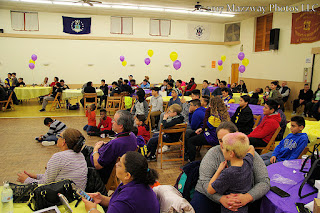 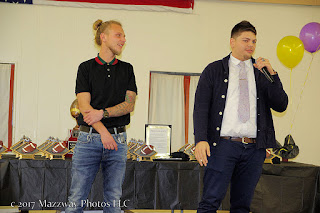 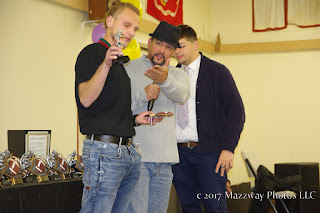 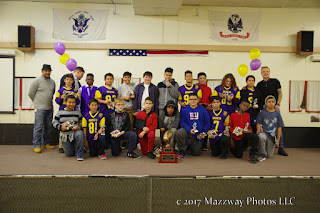 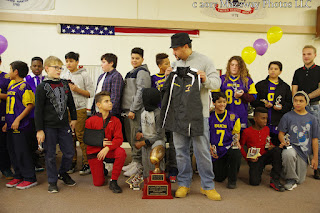 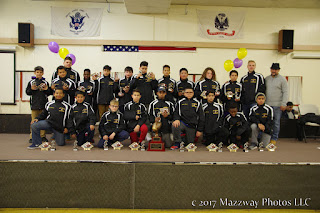 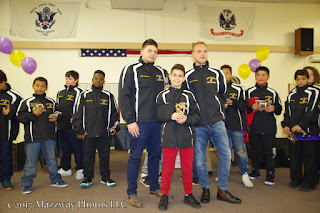 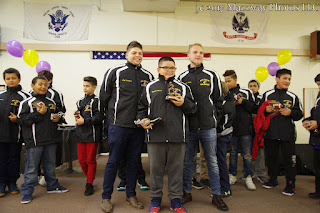 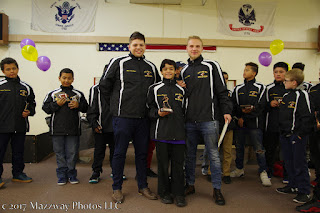 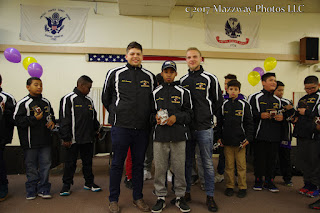 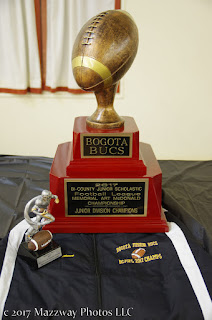 (To help  support Bogota Blog NJ with it's coverage of local information, events & sports
please contribute what you can by using the  donation button  at the top right of the page.)