11-July-2018
Thursday-12-July will be the final session of the 2018 Young Buc Football camp. This was an effort by new Varsity Football Coach Brain Appleton to continue to re-energize the football experience in Bogota. The camp was open to any player would is eligible to play in the Bogota Jr. Bucs  upcoming season. Coach Appleton was hired  as the new High School football earlier this summer. He is a Bogota Alumni from the class of 2005, during his time in Bogota he lettered in three varsity sports. In his Junior and Senior years he served as Co-Captain of the Football team that had a combined record of 19-3 and won two Olympic Division Titles. This lead to the 2006 Bogota Bucs 12-0  State  Group I Championship run. He was voted to the 1st team All League,  County, and State in his Senior year. When last season's coach, and Classmate Kevin Bayani stepped down after the 2017 season , he contacted Coach Appleton about the chance to return to Bogota. After ten year of assisting for other schools Coach Appleton could not pass-up an opportunity to return home. He has a desire is to build a new foundation of winning to the football team and a provide an energy of excitement to the High School
The Young Buc Camp is the first step. This had members of his Coaching staff and some Varsity players spend time with the young players and teach and improve their skills for next season. This took place on the High School Field, with Coach Appleton starting the practice with  "You're at Feigel field! Where else would you rather be right now?!" He would put them though the workout that the Varsity team will do. Starting with warm-ups and few skill exercises while encouraging them  by saying   " Its a great day to be great" .  The campers also learn that there is no walking around. If you need to get somewhere do it quickly and with a propose. They were also told about focus. Focus on your Coaches, your job, your teammate, and what you are supposed to be doing. "You will have time to look at the grass when you get home". Coach Appleton expects the campers to be "ALL-IN" for each moment of practice.  He also wants his Varsity Players and the rest of the High School and Borough to be 'ALL-IN" for the new chapter of Bogota Football.
With each session a new skill or play was added to their practice routine.  Each skill was repeated until the players looked more conformable the the time before. This is all a build up to a small scrimmage on the final day where  Coach Appleton observe and correct when need. There was a core group of about 12 -15 players overall. The players encompassed all the aged groups of the Jr Bucs program. Coach Appleton observed that this core group not only got better as players, but  also as men, as the days progressed. He hopes that they will  the learning and motivation from this Summer and bring to their teammates this fall. The Junior Division will enter next Season as returning Champions of the BCJSFL, now they will have the opportunity defend that title as well as aiming for the Senior team to take the next step forward.  This will again turn the Bogota Jr. Bucs Football into feeder program for Coach Appleton's Varsity team in the near future. 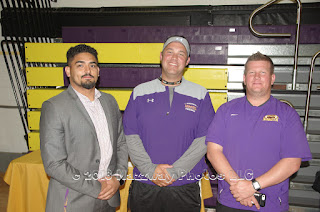 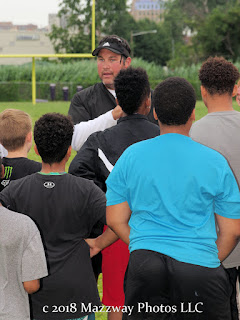 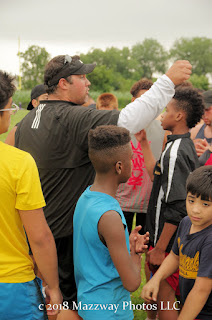 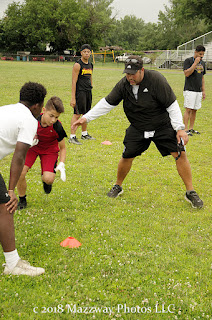 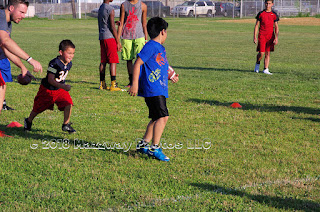 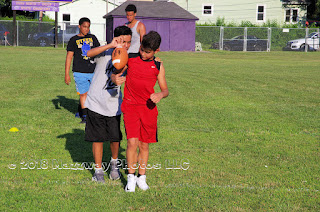 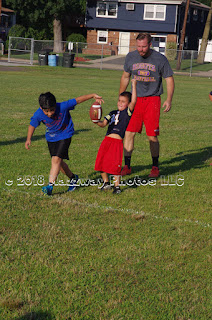 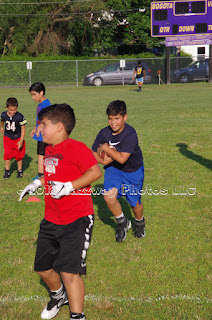 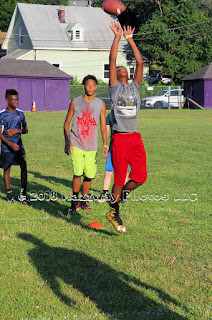 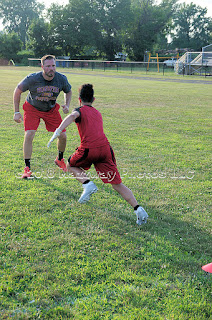 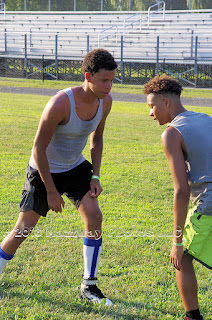 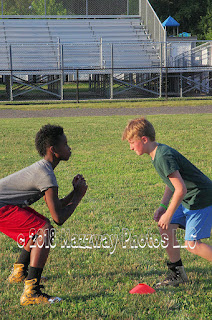 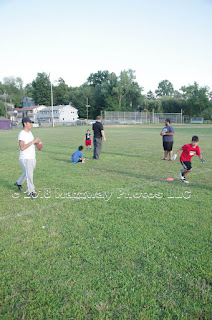 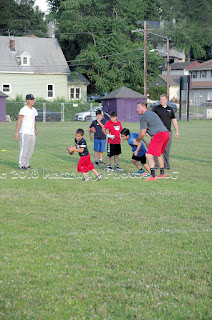 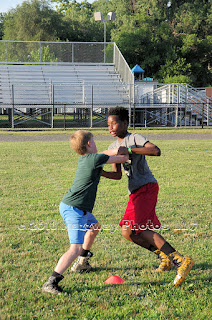 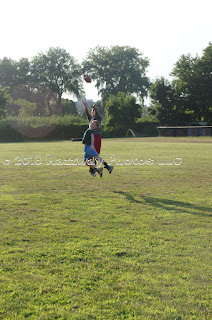 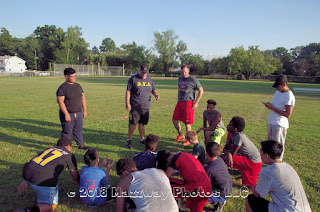 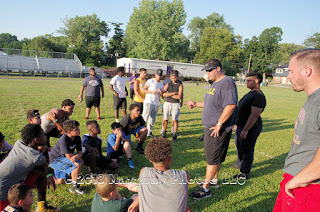 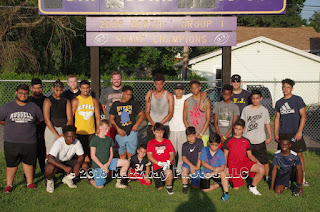