20-July-2018
On Thursday-19-July the Bogota Borough Council held their meeting for the month of July.  The start of the meeting was opened up to Citizen remarks. A number of people spoke on support the idea of a new Community Center, to replace the excising Recreation Center. This was an idea first proposed by a number of past Mayors over the years.  When a PILOT program granted to the developers of the River Club project, a "Community Benefit" clause was added. The developer will pay the Borough a set figure, above the tax payment, when certain parts of the agreement are met. The first payment was made upon completion of the sale of the property to the new developer. This money was use as  tax relief  against the new budget, and allowed a zero increase in the property taxes for the next budget. The next payment to the Borough will be then the developer is given the permit needed to start foundation work. Over the next few year a payment will be made to the Borough when each individual building is granted a Certificate of Occupancy. In total, once the River Club is fully open, the Borough will receive an addition 3 million dollars beyond the yearly PILOT payment. The use of this"Community Benefit" fundings can only be voted on  the Council that is seated at the time the payment is made. A tentative schedule for the completion of the River Club project is 18-months to 2 years. There is the possibility that the member of Borough Council will change over that time.
While each member supports, and agrees, with the idea of a new Community Center some would like to plan, financially, to allow the center to be affordable to the Borough. Other member will would to raise funds through Municipal Bonds and use the future "Community Benefit" funds to assist in paying off the bonds for the  Community Center. The members of Council did vote to have a presentation of preliminary design, and funding options for a new Community Center  at the next Council meeting scheduled for Thursday-16-August.  At  this meeting there will also be the opportunity for public comment on budget for the next fiscal year.
Another presentation that is schedule for the next Council meeting is to discuss the motion of allowing a question to be place on the ballot, for the next election on Tuesday-6-November-2018, to form a committee to study the idea of changing the style of government used by the Borough of Bogota.  During the same election date a list of  candidates would also need to be place on the ballot.  This would be the first step in changing, or keeping, the Charter of Bogota as a Borough form or to another form of Government.  If these ordinances are accepted to placed  on the November -2018 ballot then  anyone wishing to have their name place, on the ballot, for consideration to be elected as a member of the  Charter Committee  would need to submit a valid petition to the clerks office by Tuesday-4- September in order to be allowed to be place on the ballot. The charter committee will need to have five members elected by the public in order to start the process to study which form of government Bogota will use. This will also be available for public comment at the next Council meeting.
In his report Mayor Chris Kelemen  expressed his understand of  feel of confusion by many Bogota resident over the change in part the Borough's recycling policies. He announced that a letter will be mailed to every household in Bogota to explain the new policy. The company contracted by the Borough to accept its recyclables abruptly change what they will accept in May- 2018.  See story at:  https://www.bogotablognj.com/2018/06/new-recycling-rules.html  As of this time there will be no fines issued for not following the new rules, the recycle materials will not be pick up. There will be other outlets that will continue to post the new recycling rules in Bogota.
The next Bogota Borough Council meeting will be held on Thursday-16-August will start  1/2 half hour earlier at 7:00p. The meeting will still take place in the council chambers located at 375 Larch Ave. Bogota, NJ. These meeting are open to the public. 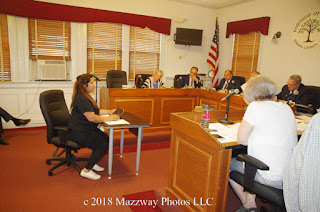 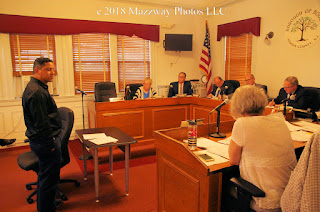 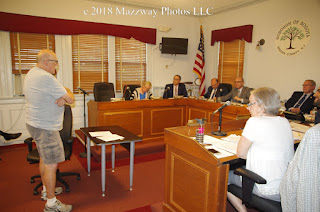 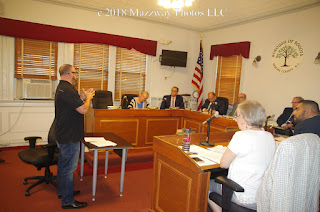 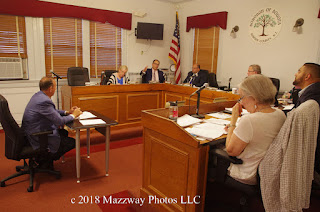 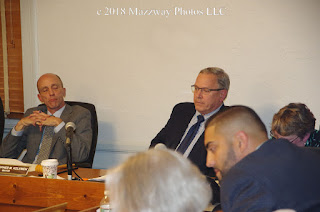