On Monday-30-May the Borough of Bogota held their Memorial Day Parade. This was the first since 2019 due to the current health situation.  The parade was led through the street of the Borough by the Bogota High School Marching Buccaneer Band. They were followed by Bogota mayor Chris Kelemen and members of council. Before the band reached the reviewing stand they stopped and played in front of the home of band director Mr. Barry McCann.  Mr.McCann, who grew up in Bogota and graduated from Bogota High School, will retire at the end of this year. He used his final parade for Bogota as a way to thank his family  for their support over the years.
The the Marching Buccaneer played the National Anthem, and one more song to the Governing Body who stood in the reviewing stand in front of Borough Hall. The rest of the parade had members of the Bogota Library, the Bogota Police, the Bergen County Sheriff Department, Veterans from  Bogota American Legion Post #117  and the Bogota VFW Post #5561. The Bogota Volunteer Rescue Squad, The Bogota Volunteer Fire Department  followed by their  motorized  equipment.
Also taking part in the parade was Little League baseball players from Bogota. Members of the Ridgefield Park Volunteer Fire,  Department,and Volunteer Rescue Squad  with a few of their vehicles and a number of other marching bands.
( To help  support Bogota Blog NJ with it's coverage of Local stories & sports
please contribute  at: donate to Bogota Blog NJ ) 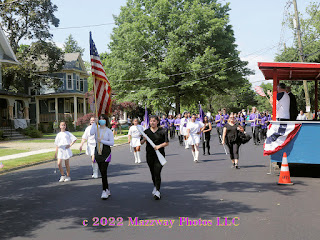 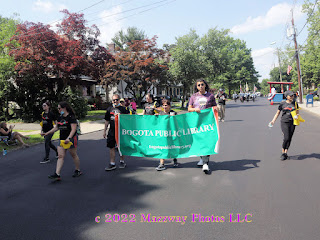 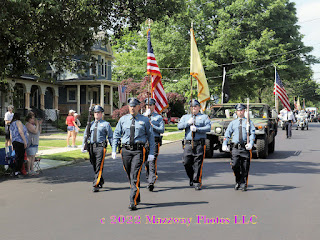 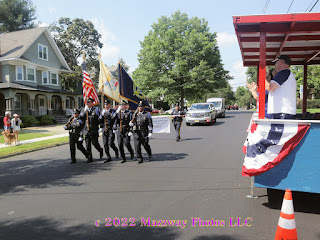 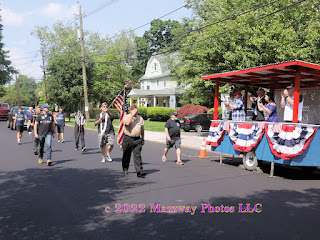 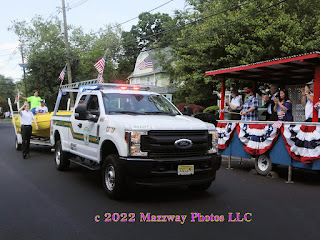 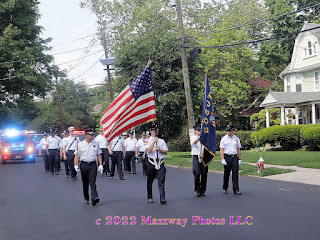 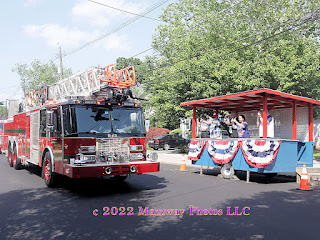 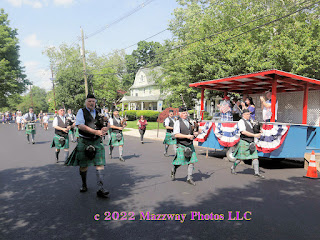 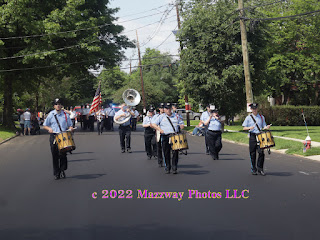 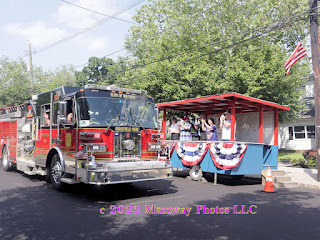