Results from the sporting events involving the High School sports teams.
On Thursday 12- Sept. the Bogota Girls & Boys Cross  Country   squads ran the opening meet of the season at Darlington Park. The Lady Bucs finished 5th out of 11 squads competing. Jillian O'Brien placed second overall while Anais Fernadez placed 15th giving Bogota only two runners in the top 20.
The Boys Squad finish 2nd out of the 11 Squads running that day. Bogota place four runners in the top 21 with Quinn Geraghty leading the team with a fifth place finish. Chris Rivera (14) Juan Castro (20) and Andy Jaipersaud (21) the other top runners for the Bucs.
Both squads next meet is again at the Darlington Park course on Wednesday 18- Sept. when they have a
tri-meet against Hawthorne Christian Academy, and Hasbrouck Heights starting at 4:15p.

In a game played on Friday 13- Sept. after being delayed due to the weather from Thursday.The Bogtoa Bucs Football team lost their opening game at New Milford by a score of  24-7. Bogtoa took a 7-6 lead into halftime with Austin Urbaez accounting  for all the Bucs points by scoring on a three yard touchdown run , and kicking the extra point afterwards. New Miford  score 18 unanswered point in the second half to come away with the victory.
The Bucs start the season with a 0-1 record with their next game on Saturday 21- Sept. at home with Wood Ridge coming to Feigel Field. Kick-off is scheduled at 1:00p 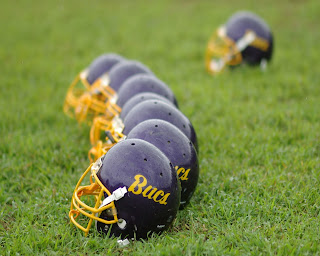 The Bogota Lady Bucs Volleyball team  had their first victory of the season on Friday 13- September. The Lady Bucs had a 2-0 (25-8 : 25-7) win over the Lady Cavaliers at Emerson. Carly O'Sullivan lead Bogtoa with 10 Service Points along with 10 Kills,  Amandao Manzo was tops in Assists with 18. This victory moves Bogtoa record to 1-2 overall for the year, with their next match coming on Monday 16- Sept. at Wallington with the start scheduled to be at 7:00p 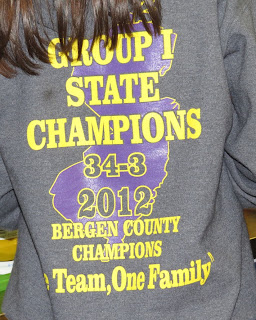 A reminder that the Bogtoa Junior Football teams start their season on Sat. 14 Sept. against Little Ferry at Feigel Field with the first game starting at 11:00a 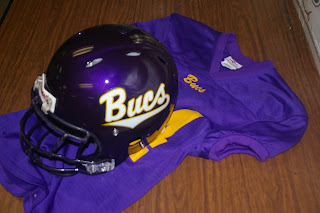