29-August-2020
On Wednesday-19-August the Family of Mr. Felix Enrique Martinez-Perez reported him missing to the Bogota Police.  This occurred early that morning and was cause for concern due to his medical history. Mr. Martinez-Perez aged 48, originally from the Dominican Republic and was living with Family in Bogota.
In the afternoon of Thursday-27-August Patrolman Matthew Luciano smelled an odor of decay near the intersection of River Road and Bogota Gardens. An adult male body was located in the Hackensack River along the Hackensack River bank on the Bogota side.
The Bogota Police then checked the area of the railroad tracks and the River Bank to locate the body. The man recovered appeared to have the exact same clothing description as the male party who was reported missing on Wednesday. Mr. Martinez-Perez's  family was notified to assist the Police.  On Friday 28-August Bogota Police Detective Devin Rivera received official notification from the Bergen County Medical Examiner’s Office that the deceased has been confirmed to be Mr. Felix Enrique Martinez-Perez.
The cause of death has not yet been released by the Medical Examiner’s Office. 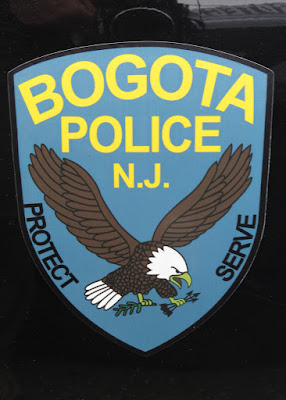