20-January-2023
On Thursday-19-January the Bogota Borough Council held their second meeting for January. Durning the first part of the meeting the Bogota Public School District gave a presentation to the Council. This was on the District's planned bond referendum scheduled to take place on Tuesday-14-March. The District's plans to place two questions on the ballot to be voted on. The first question is to approve a bond issue that will be used on Capital projects to improve the Facilities Infrastructure of the four current school building and to develop a new Career Technical Institute in the former Masonic Temple located at 390 Palisade Ave. This would house 5 Vocational Classrooms. All schools buildings would have classrooms upgraded, including a renovated Gymnasium at Bixby School. Along with renovations to the Auditorium, and Media Center at the High School, and other needed upgrades. These improvements would enable the District to re-align their grade structure. Bixby school would be used for Pre-School to second grade. Steen school would have classes from Third to Sixth grade. The Middle School would be for 6th & 7th grades. With the High School becoming a standard 9th to 12th grade High School.  The district predicts the tax impact for this question would be a 0% increase.
The second question is to fund a new Multipurpose Sports Complex. This involves building a new Fiegel Field, which will include a running track, and a refurbished Baseball Diamond. The baseball field would be moved to the North end of Olsen Park, which is currently the Little League Field.  Because the new baseball field and part of Fiegel Field would need to use land controlled by the Borough, the District is seeking to have input on these projects by the Governing Body. If the second question is passed, this part of the project would have a raise in the tax rate for the resident of the Borough.  It was mentioned that if the first question is passed, and the second question is defeated the renovations to the school buildings will still take place.
The School District has planned a town-hall meeting tentatively scheduled for Wednesday -1-Febuary, exact time and date will be announced before hand.  For more information, please go to: https://www.bogotaboe.com/domain/641 and on the District's YouTube at https://www.youtube.com/watch?v=2Q3ZLH5GGE0
When the Council considered the agenda items a number of topics were first discussed.  One was an agreement with the Borough and the distribution of newspapers. These are the weekly supplements that appear on Fridays. The supplement delivery on Fridays will continue. But all supplements still in front a residential home will be pick-up on the following Monday. Any resident who wishes to cancel this service can do so by contacting them at dseiferling@cbaol.com
Other items passed was to advertise bids for improvements of Fireman's Park at River Rd and W.Ft.Lee Rd. and the Basketball and Tennis courts in Olsen Park. Also, the current Garbage Collection company was awarded a three-year contract.  It was planned that the Bogota Department of Public Works will again include trash collection when the next contract ends. All other items were passed.
Another announcement was made to inform the public that the State of New Jersey's Anchor Property Tax Relief Program has been extended to Tuesday-28-February.  For more information, please go to nj.gov/taxation
The next regular Borough Council meeting will be held on Thursday-2-February starting at 7:30p. It is scheduled to be held in the Council Chambers located on the third floor of 375 Larch Ave Bogota, NJ.  For more information please visit: https://www.bogotaonline.org/ 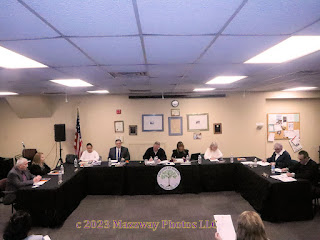 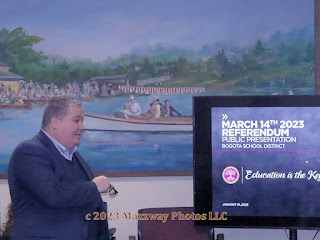 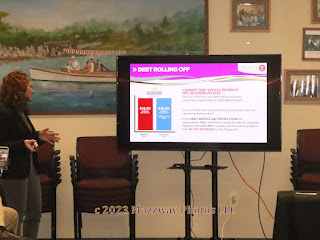 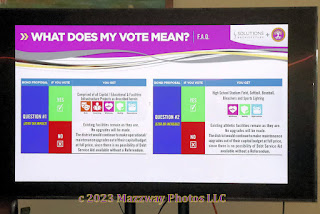 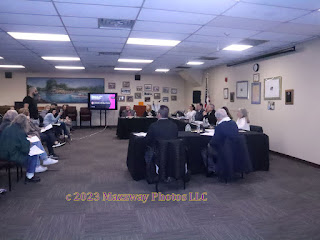 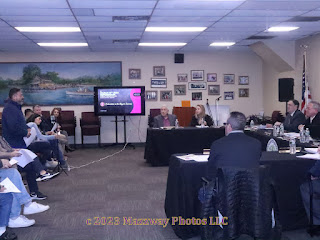 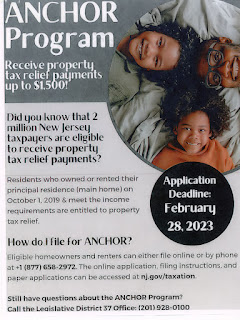