24-January-2023
On Tuesday-24-January Congressman Mr. Josh Gottheimer, representing the New Jersey 5th Congressional District, visited the Bogota Police Department to announce the grant of $255,000 to replace and upgrade the Departments communication system. He was joined by members of the Bogota Police outside the Headquarters on Henry J. Smith Way. Also in attendance were Bogota Council members Ms. Connie Carpenter, Mr. Rob Robbins and Mr. Pat McHale. Bergen County Executive Mr. Jim Tedesco, Bergen County Undersheriff Jin Sung Kim, New Jersey State Senator Mr. Gordon Johnson were present as well.  Congressman Gottheimer said this Federal funding was to replace Department's two-way radio system that was damaged by a lightning strike in Juns of 2021.  This funding also includes the purchase 25 mobile radios, 16 car radios, two complete dispatch consoles, antennas, microphones, and chargers, which will allow the Bogota Police to tie directly into County communications and with other towns.
Congressman Gottheimer also announced $954,000 in Federal Public Safety Investment for the Bergen County Sheriff’s Office to expand the County roads and park camera system which will monitor public safety to prevent the number of car thefts.  He continued is stating that this is one way to reduce the tax burden on residents of Bogota, and Bergen County. And proved more funding in order for the local police to better keep the citizens safe.
Before he left Congressman Gottheimer, and County Executive Tedesco looked at the Police Department's rescue "Hummer" vehicle which was made available with the use of the same type of Federal Funding. This is the vehicle used in a number of emergency situations, including to remove the Newly Wed couple caught in flood waters in August of 2018.
(To help support Bogota Blog NJ with its coverage of Local stories & sports
please contribute at: donate to Bogota Blog NJ) 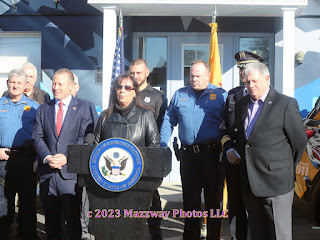 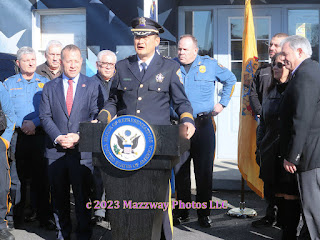 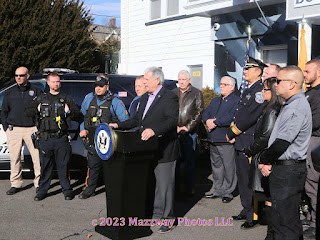 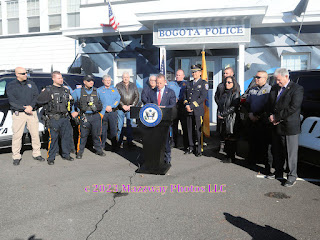 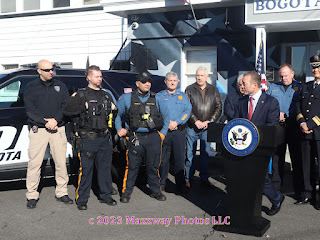 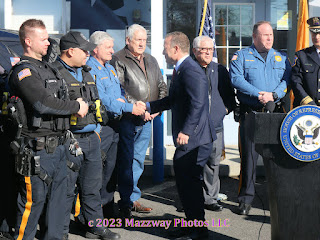 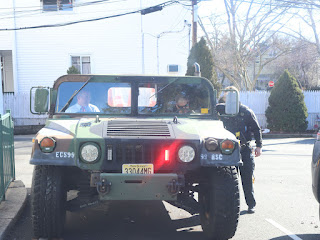 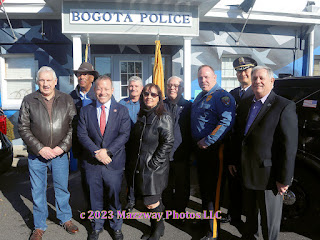