On Thursday 15-October the Bogota Public Library had President Abraham Lincoln as a guest speaker.  Played by Robert Gleason,  President Lincoln talked about his life from growing up in Kentucky and Indiana to finally settling in Illinois. He talked about attempt at Militia Service , and running a General Store to then becoming Postmaster in New Salem. With " Time on my hand" he took to reading books on the law, then eventually passing the bar exam. While practicing  law in Springfield he met Mary Todd at a social event. Miss Todd, in the company of Stephen Douglas,  noted that she was going to marry a President of United States pointing to Mr Lincoln. President Lincoln joked about little did he know at the time this would not be last victory over Mr. Douglas.
President Lincoln thought it was remarkable that some of the Students in attendance have at a full six years of  education. He told them of how with rough a year or two of a formal education he was able to become President, so with SIX YEARS, they should able to get a nice steady job. He talked about the new modern pocket device that helped win the Civil War because of the speed of which he could communicate with his Generals. It was so common that he was sure most everyone in the audience had one. He then pulled out his personal telegraph key and wonder if anyone had a better one.
The President then took a few questions ranging on why he had not yet talked about Slavery.  He said that it was such a complicated topic it would take  even longer to talk about. He did add that even if some people would worked hard, and if they thought  they were not earning what they deserved they could look for a better position. He felt it was his moral obligation to see that every person had the right to determine their own path in life. Another question was if the States had join the Union voluntary why couldn't they leave as well. The President agreed with the idea, but mention that the colonies joined by voting on it. The secessionist  on their own made the decision  leave with out a popular vote making it an illegal action. The final question was about going to Ford's Theatre at evening. He said that is was not his idea to go, but an evening out with his wife was called for. He said that he had seen the play before, bur was invited again and it was published that he would be in attendance,and did not want to renege on a promise. He remembers arriving late, then everything went dark.
President Lincoln  then took the time to pose for photos, and answer a few more questions. 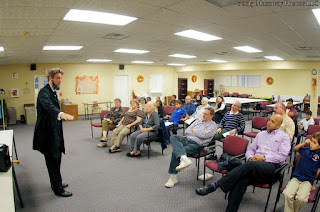 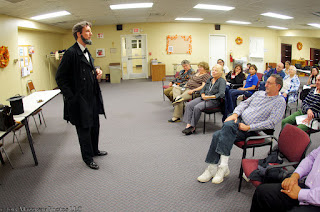 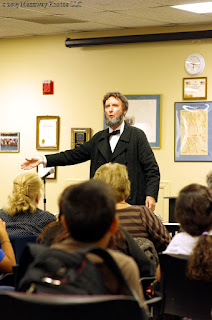 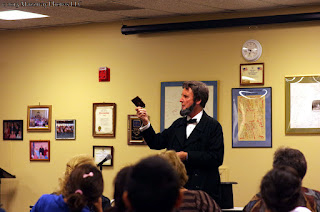 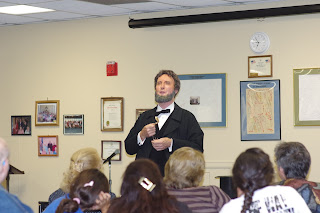 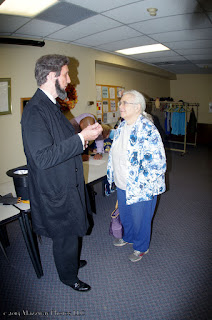 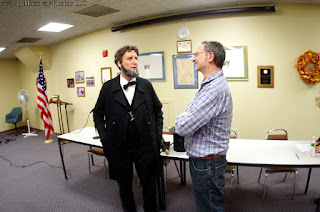 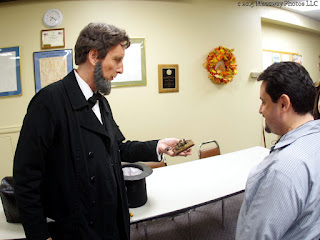 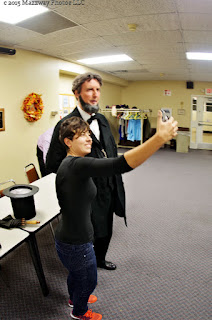 ( To help  support Bogota Blog NJ with it's coverage of Local news & sports please contribute what you can by using the  donation button  at the top right of the page.)
Posted by Bogota Blog NJ at 5:26 PM