Some scores from Bogota High School sports.
On Monday 19- Oct the Bogota Men's Soccer Bucs overpowered Palisades Park by a score of 8-1.  Five different Bogota players scored with Conor McDonnell recording a 3 Goal Hat trick. Colin McDonnell scored two Goals while Nicholas Calabia, Charles Romero, and Argenis Soriano each added one Goal. This was Mr. McDonnell's third Hat Trick of the season and fourth multi goal game. This evens their record at 7-7. They next play at St. Mary's of Rutherford on Wednesday 21-Oct with a scheduled kickoff at 4:00p

The Bogota lady Bucs Volleyball team defeated Emerson at Speary Gym  2-0 ( 25-   : 25-   )  Anna Granquist had a team high with 4 Aces. Celia Gerhardt had 10 Service Points, Amanda Manzo had 18 Assists. Four players Jaelyn Grullon, Madison Heck, Alexa Siri, and Ms Manzo each score 4 Kills. This moves Bogota record to 17-2. The next play on Friday 23 -October when the host Midland Park at Speary Gym. This game is scheduled to start at 7:00p and will be the Senior game when  the class of 2016 players will be honoured before the Match.
#9 Bogota  then plays it's the second round match of the Bergen County Championship. They will play #8 Mahwah on Saturday 24- October with a schedule start of 3:00p. This will be played in the South Gym of Old Tappan High School 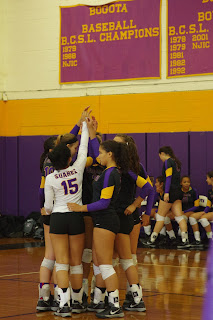 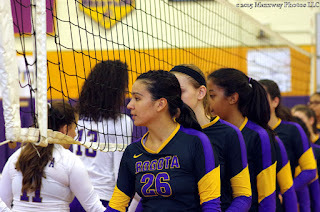