On Saturday-22-October the Bogota Football Bucs played their final Regular Season game for 2022.  They hosted the Emerson Cavilers at Feigel Field. This was also the Senior game for both the Football team and members of the Bogota Marching Buccaneer Band.  before the kick-off the Senior Students walked with family members to the 50 yard line and were announced to the audience. They were thanked for their Varsity careers in Bogota. The Senior Football players then took the time to thank the Bogota Athletic Trainer Ms. Monika Young for her work in keeping all the Athletes healthy for the seasons.
When the game started Bogota would win the opening coin toss and never fell behind. The Bucs would finish their opening drive with a 18 yard touchdown run by Joseph Perpepaj. Brain Cotes would run in the two point conversion, giving Bogota an 8-0 lead. On the following kick-off the ball took a high bounce and was recovered by the Bucs Michael Olivo. this gave possession deep in Emerson territory.  Siffredo Gonzalez would score from the 5 yard line and Bogota then led 14-0. Emerson ran their second play from scrimmage, and the pass was blocked and intercepted by Bogota's Matt Mateo. This was the first of two interceptions Mr. Mateo would have in the Afternoon. The Bucs then had their third major score of the game when Siffredo Gonzalez caught a six yard pass from Brain Cotes. Joseph Perpepaj added the extra two points and a 22 to 0 lead. The Bucs scored their fourth touchdown of the first 12 minutes when Michael Olivo ran into the endzone from six yards out. Alan Heras then scored the two point conversion. This gave Bogota a 30-0 advantage by the end of the first quarter. The second quarter went scoreless with the Bucs still ahead 30-0 at halftime. After the restart Bogota scored on a Joseph Perpepaj scored on a 49 yard touchdown run. Deshawn Caviness then pushed his way into the endzone for the two point conversion and a 38-0 lead. The fourth quarter saw Alan Heras have a 9 yard run for another major score. Bogota would win the game by the score of 44-0. This gives then a 4-2 record and third place in the Union Division. They will play at Weehawken on Thursday-27-October in the Union Division Semi-final. The kick-off is scheduled for 7:00p 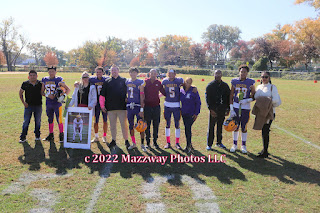 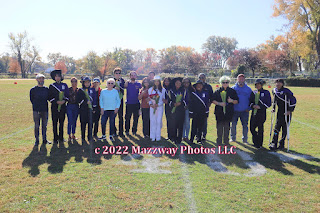 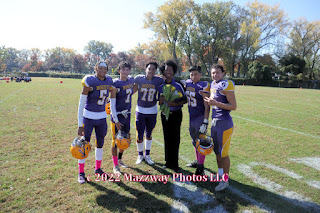 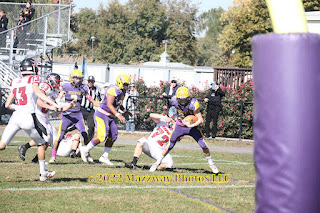 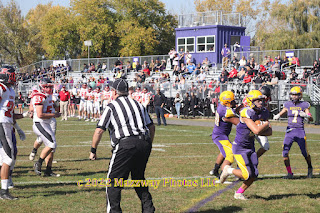 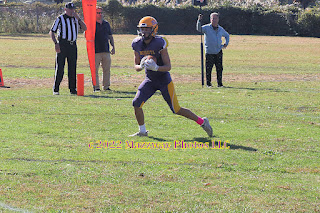 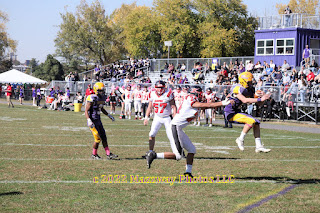 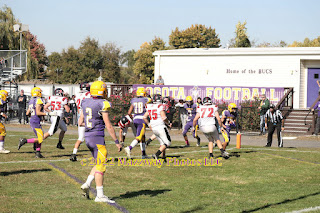 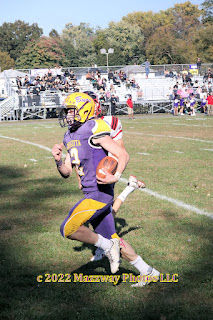 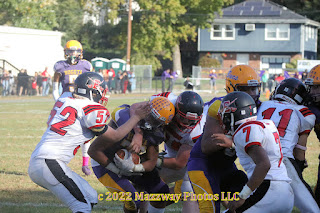 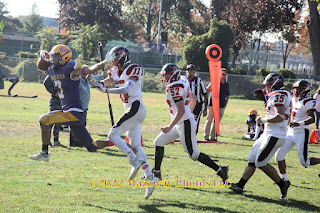