On Saturday 5-December the Bogota Volunteer Fire Department elected their Chiefs for 2016. At the beginning of the ceremonies Bogota Mayor asked for a moment  of silence to remember Phyllis Kohles who passed away in November. She was married to former Fire Chief George Kohles Jr. and Mother to Former Chief Glenn Kohles. Ms. Kohles also served as President of the Bogota Fire Dept. Ladies Auxiliary.
Then the members of the Fire Dept. committees gave their reports about the Bogota Fire Dept for the year 2015.  Items of note included the needed replacement of some of the equipment that has been in service beyond their expiration date. One is the "Jaws of Life" carried by Hose Co. #2 as well as recommendation that Hose Co. #2 vehicle is in need of refurbishing, or replacement. Another recommendation made during Chief Brophy's report is to seek the possibilities that two of the Fire Companies moved into single firehouse. The Companies would stay separate, they would  only be located together. This would allow the sale of one of the properties to a private company and allow it be available for development.  This move could save the Borough the cost of building maintenance, and place that area back on the tax roll. No further details were announced, but Chief Brophy hopes it is something the Borough Council would consider.
After that Chief Brophy named Chip Griener as the new Fire Chief for 2016, Joseph DiMauro is the new Deputy Chief, and Eamon Radburn was appointed as the new Battalion Chief.  After that the new Chiefs, then the Captains and Lieutenants were sworn in.  Chief Griener then presented  Chief Brophy with a gift of a Maltese Cross  frame with photos from his year a Chief. Chief Brophy  was also recognized by Mayor Keleman and Borough Council for his year as Bogota Fire Chief.  Chief Brophy then accepted the donation from Kathy Viviani of pet breathing masks for each Company, and a check to the dept. with funds raised by Bogota Fire Dept. Ladies Auxiliary . Chief Brophy then presented Lt Scott Woegens with the 2015 FireFighter of the year, and Engine Co. #1 with the Chief's Trophy for 2015.
One of  Chief Brophy's last duties was to bestow the title of Honorary Chief  to Councilman Rob Robbins. Councilman Robbins has been the Fire Commissioner for the past three years. In accepting this honour Councilman Robbins thanked Chief Brophy and all the Firefighters for allowing him to be a part of their Family. He admitted to only knowing little of the work the firefighters do as volunteers to help protect Bogota.  But he took the time to learn, and even train with members of the Fire dept. He is proud of the fact he helped get new "turn-out" gear  for the dept. which is lighter and safer than the previous equipment.
The Bogota Fire Department, and all the other Emergency Service Companies in Bogota are now currently recruiting new members to become volunteers. This is open to anyone Female or Male who are at least 18 years of age , and are residents of Bogota as well as Ridgefield Park, Teaneck ,and Hackensack.  Training, and equipment will be provided. There is also a Junior Firefighter program open to young Women, and Men who at at least 16 years of age. A Junior Firefighter will also receive training , and be a part of the support system to the Firefighters themselves. For more information about volunteering please to: bogotafire.org/  or call; 201-342-1736 ext. 2007.  There is also a meeting the 1st Wed. of each month at the W. Broad St. Firehouse from 7:00-8:00p 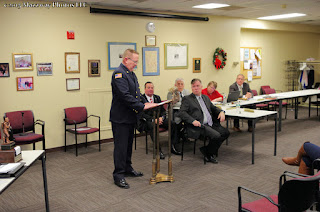 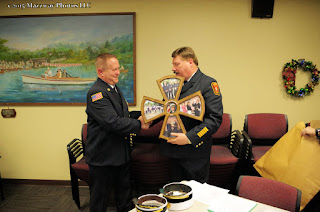 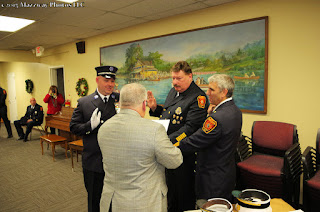 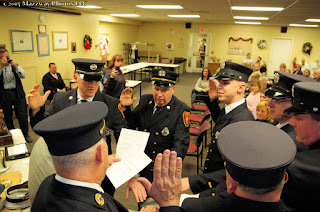 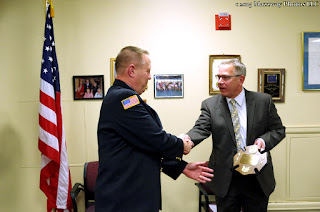 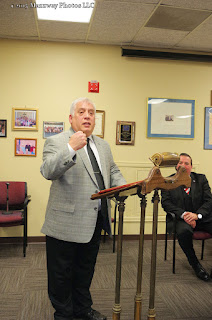