On Tuesday 19-March the Bogota Environmental Commission held their second annual Green Fair. This took place at the Bogota Recreation Center in Olsen Park. Some of the participants  included Bogota Beautiful, and members of  Northeast New Jersey Bee Keepers Association, and Bogota Blog NJ. Councilwoman Daniele Fede was also presenting representing the Bogota Green Team. The Green Team had give a ways of motion sensored compacted fluoresces which could be used in over head lighting and would sense movement, or light , to turn itself on or off. The Green team was also offering a safer alternative to chemical household cleaners. Frank Mortimer had a sample of one of his bee hives, and photos of bees and wasps to show the different of the two. Mr. Mortimer also had some organic honey for sale. Members of Bogota Beautiful were able to explain what their goals are to help improve the quality of life in the Borough.
Before Noon Bogota Mayor Chris Keleman was on hand to official open Olsen Park as a smoke free zone.  This makes all Bogota parks smoke free which has been in effect since late last year when the Borough Council passed the resolution creating a smoke free zones of all Borough owned public spaces. In his remarks before the ribbon cutting he said this was not intended to make anyone forced to quit smoking, but it was put in place to protect anyone who does not smoke from the effects of others who do. It it also hope to eliminate the refuse that comes smoking. 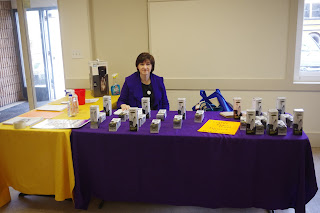 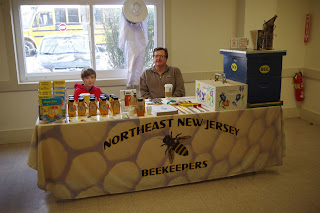 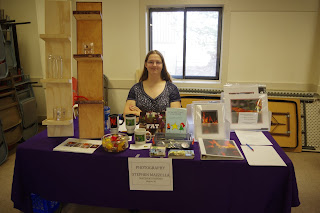 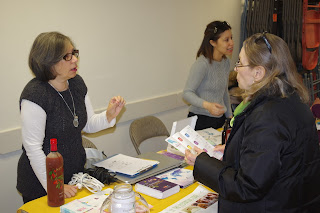 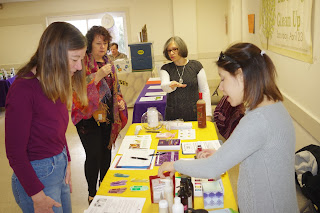 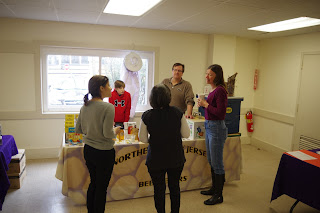 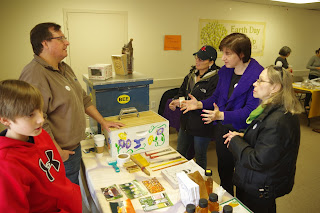 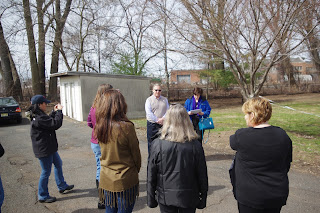 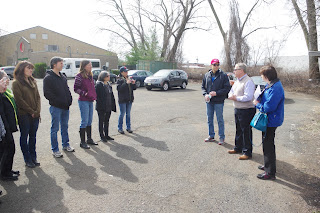 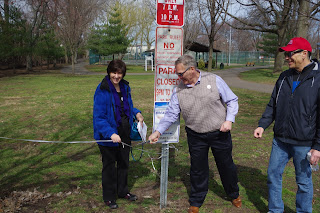 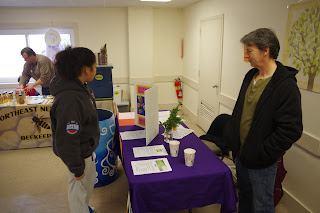 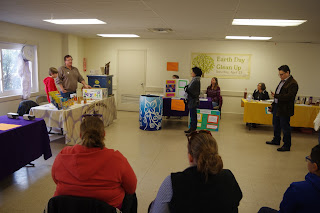