On Tuesday 8-March the Bogota Board of Education  held its  first Work Session and Action meeting for the month of March. At the start of the meeting Sgt. Craig Lynch of the Bogota Police Dept. Addressed the Board to talk about  the Bogota Police Emergency Services Youth Academy. He showed the Board their recruitment film for Class 06 in July of 2016. He then explained to the Board some of the needs of the Academy for the upcoming class. While the Board explained that it can not proved financial donation they agreed to continue support of the Academy with the use of it buildings during the Summer program. Some members of the Board then asked Sgt Lynch how an individual,or business  can contribute, and they were given that information.
The Board then vote on two items. The first was to select a new Vice Principal for Bogota High School. Kelly DeCongelio  was approved to become the new Vice Principal starting in April of this year and continue for the rest of this school year. Ms DeCongelio  is currently serving as the Vice Principal at  St. Mary’s of the Assumption High School in Elizabeth NJ.
The other item voted on was to accept the resignation of Trustee Pauline McDonnell. Her resignation takes effect immediately. The Board will now start accepting written resume for this position until 4:00p Thursday 31- March-2016. Then candidates will be interviewed at at special meeting  on Tuesday-5-April starting at 7:00p. Other agenda items were discussed and will be voted on at their next Board Meeting on  Tuesday-15 -March at 7:30p This meeting is open to the public, and will take place in the High School Cafeteria located on the second floor of Bogota High School at 2 Henry Luthin Pl. Bogota, NJ.
When the meeting was open to public discussion Vicky Sheppard of Bixby School, then   Terry Ciccone of Steen School spoke to the Board about employees contributions to their health care and pensions. Both talked about how some of the teachers have had difficulties with their contribution. Some have received reimbursement from contributions that were either too large, or duplicated.  Others have seem an increase in what they need to be contributing , and even a notice that owned donation will be with drawn from their paychecks.  Some employees have also received cancellation notice of their policies even though deductions had been made.  Then Ray Skorka   from the NJEA  spoke to ask why certain decisions about the change of  health insurance providers have not been discussed with the teachers union  before was change was made.  Mr. Skorka   also talked about some of the teachers are being asked to sign- up for insurance with a proper explanation was given to what coverage would be available and the cost of it. Superintendent Dr. Pantoliano explained that some of the issued that some of the issued have been caused by the turnover in Business Agents, and Payroll personal over the last several years.  Mr. Skorka understood the situation, but also stated that as the head of the School District she is the one responsible to see that information is given to the employees of the district in a timely manner  and for the hiring of the correct personal to allow the district to function properly. Late Ms. Sheppard return to talk to the Board and was told by Richard Brovarone he would see if he could help with the situation. 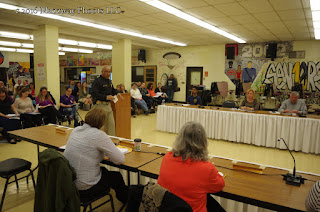 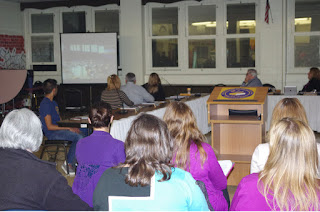 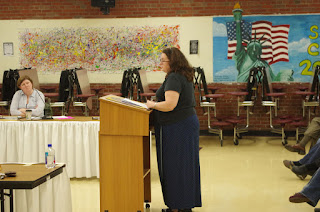 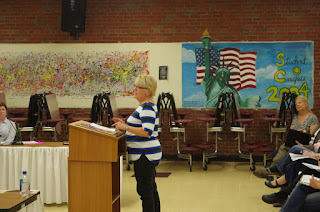 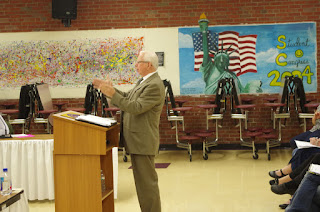