4-November-2016
A Joint operation by Detectives from  four  Bergen County Police Dept have  lead to the arrested of three suspects for a series of  robberies of Quikcheck stores in four different counties. Officers from Bogota, Fairview,  Hackensack,and Saddlebrook, along with the North Bergen Police Dept. arrested Paul Dickerson, Abdul Hardy and Khaliq Muhanned. The three men were charged with shoplifting cartons of cigarettes with a value approaching $15,000.00.
On 16- October-2016  two men shoplifted  approximately $1778.00 in cigarettes for the Bogota Quikcheck  on River Rd. Further Investigation found a connection to similar robberies in other counties. Mr. Dickerson and Mr. Hardy were arresting in Patterson,  on 28-October-2016 and Mr.  Muhammed was also arrested in Patterson on 2-Nov.-2016
The two of men ,Paul Dickerson, Abdul Hardy, were charged and remended to the Bergen County Jail with a bail set at $25,000.00 a piece. The same two men had several outstanding warrants out of Multiple Jurisdiction. 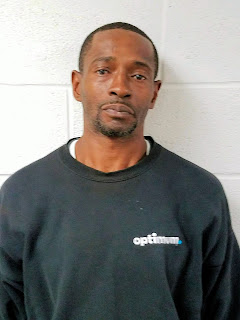