12-November-2016
The #1 ranked  Bogota Lady Bucs Volleyball team have repeated as  NJISAA State Group 1 champions. In a match play today at William Paterson University. The played the #3  Verona Lady Hillbillies in the finals.  The first game started with Bogota taking an early lead and slowing adding to it through out the first part of the game.  Verona would go on a  couple short service runs which eventually allowed them to talk 1 Point lead. The Lady Bucs would over take Verona only to have the Lady Hillbillies again tie the game at 23. After a another tie at 24, forcing Extra Points Senior Samantha Gioiosa will  score two Kills to give Bogota a 26-24 first game win.
Bogota would force they way to a match victory by scoring the first five points of the second game. They would build on that lead moving into a double digit lead. Verona would make a final stand with Bogota needing on one more point. The Lady Bucs would hold off their opponent to win 25-18 for 2-0 Championship win.
Samantha Gioiosa would finish the game with 20 Kills. Kaliana Vasquez would record 14 assists.
This gives Bogota their second straight Group 1 title an sixth in the last seven years. They will next compete in the Tournament of Champions on Saturday- November at William Patterson University. This will be comprised of the three other state group winners Ramapo,:Old Tappan, & Hunterdon Central, along with the non-public champion Immaculate Heart Academy.
Bogota will enter this tournament as the 5th seeded team and will play #4  Hunterdon Central in a First Round Match. 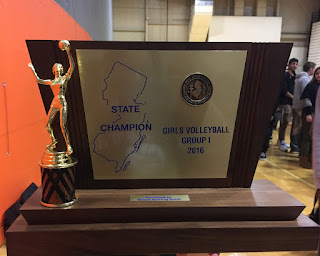 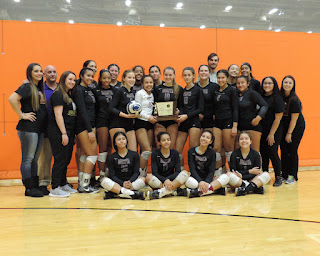 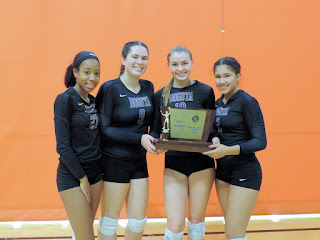 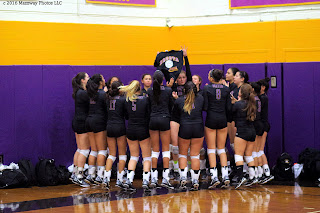 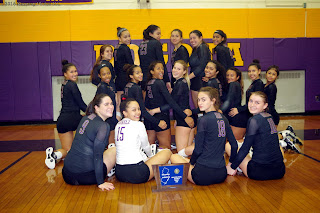 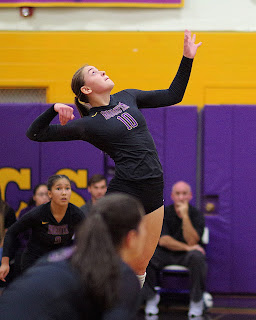 Also on Saturday the Bogota Men's Cross Country Bucs ran in the State Group 1 meet at Holmdel Park.  Bogota finished second out of the 20 entered in this race. Senior James Draney placed second overall with the Bucs placing three runners in the top 15. Along with Mr. Draney, Ryan White finished 12th with Danny Daurio coming in at 13th.
This is the highest placing finish since 1960 when Bogota was a Group 2 school. They will also run in the Meet of Champions for the first time since 1970. This will take place on Saturday 19- November at Holmdel Park in Holmdel, NJ. 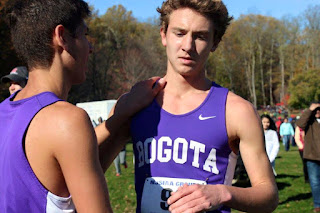