12-November-2016
On Friday 11- November the Bogota VFW Ralph Hall Post #5561 held their annual Veterans Day ceremony.  Post Commander Alan Hermann spoke about the history of what is now known as Veteran's Day. Before World War I there was no such official recognition for the members of the Armed Forces who were no longer on active duty.  On 11-November 1919 to commemorate the end of World War I Armistice Day  was created. In 1954 it was changed to Veterans Day to honour all those who have served in the US Military  living and absent.
On behave of the Bogota Borough Government Council President John Mitchell, then Councilwoman Kathy Ferris thanked the members of the Bogota VFW for the work and dedication to the Borough.
Next was the presentation of the Citizen of the Year award. American Legion Commander Walter Croft was the 2016 resipiant  of this years award for his ongoing work to organize the Bogota Memorial Day Parade.
The Young Volunteer of the Year award was presented to Therese Argueta from St. Josephs  School for her work with Special Olympics.
At the end of the ceremony Alex Hernandez read some letter from the third grade class of St. Joseph's school to Active duty personal for the service to the country. This will will be collected and be mail to service Women and Men on assignment overseas. 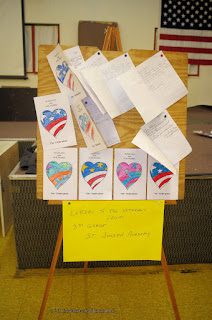 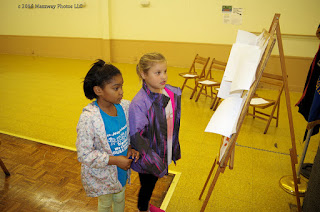 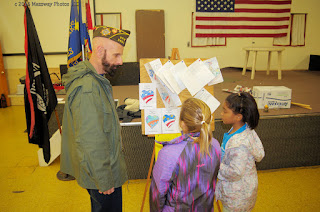 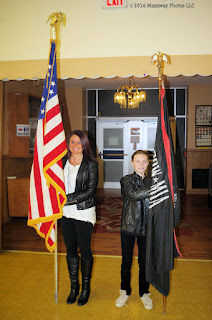 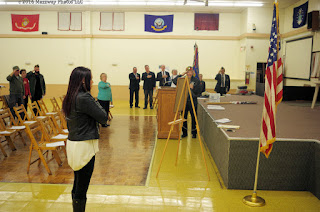 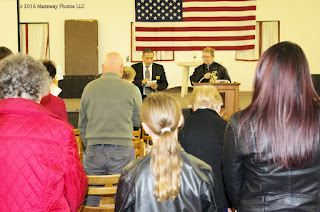 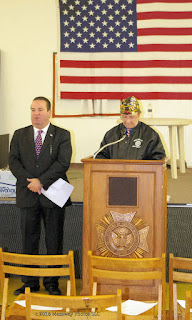 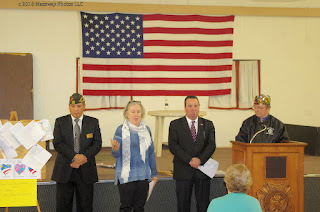 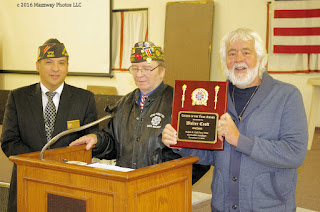 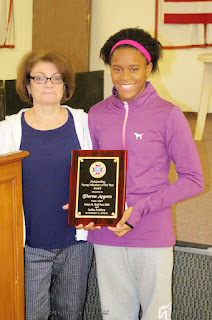 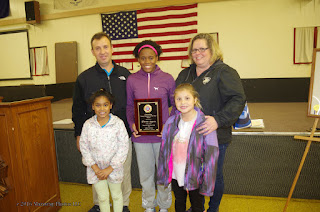 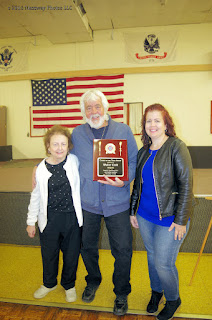