19-July-2017
On Tuesday-18-July the Bogota Board of Education held a special meeting in the Steen Media Centre.  The first order of business was the to approve the appointment of Nathanya Simon as a special counsel from 1-July -2017 to 30-June-2018. This was passed by an 8-1 vote. Then the Board adjourned for a executive session for the better part of an hour.
After the meeting was recalled to order Board President Charles Severino read the new agenda items. The first was the termination of the contract for Board Attorney Richard Brovarone. This was passed by an 8-1 vote with one Board Member voting present.  The next was the the approval of Ms Simon act as Board Attorney until a full time replacement could be voted on. This passed with a unanimous vote. Other items dealing with the first new agenda items was also passed by a unanimous vote. Business administrator Irfan Evcil was then instructed advertise for the position of Board Attorney. This was Mr. Evcil first Board meeting as the new Business administrator for the Board of Education.
The other agenda items were voted on and  passed by a unanimous vote. Superintendent Dr.Vincent Varcadipane then address the Board on the static of ongoing project. He said the the asbestos removal in Speary Gym has been completed. He also said to work on the replacement floor will be delayed by the contractor, but this will allow for the banners to be removed and the walls to be repainted. Dr.Varcadipane said the excavating of the new court yard behind  High School has been completed, and that the District has agreed to remove some neighboring tree compromised by the construction.  Next he said the upgrade of the Biology lab is moving forward, and the replacement of the lentil at Bixby School is "ready to go" with the window replacement to follow. Dr.Varcadipane is hopeful the lentil project will be finished for the start of the new school year, but is making plans with Bixby Principal Damon Englese if classes will be need to be temporarily relocated  to satley finish the project.
One of the last items discussed was a question by Board Member Lisa Kohles. She informed the Board that she has been contacted by Parents of Students who will be apart of the Bogota Emergency Service Youth Academy this Summer.  The Parents inquired if  the Board of Education could donate funds to the Academy. Board President Charles Severino answered her by saying that the Board is for forbidden, by law, to allocate funds to a non-district program. He also stated that Board of Education is also forbidden to donate funds to a program that has non-Public School Students enrolled in it. Mr Severino did add that any, and all Board Member are allowed and encouraged to make a private donation to the Bogota Emergency Service Youth Academy.
Then the meeting was officially adjourned  with the next Board Meeting scheduled for Tuesday -29-August. The time and location will be announced at a later date due to construction at the High School. 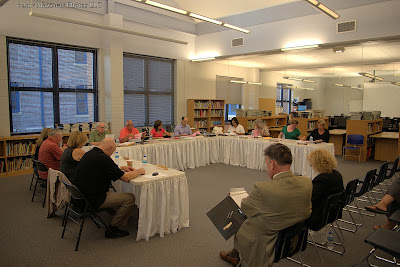 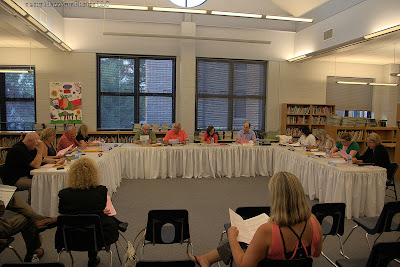 ( To help  support Bogota Blog NJ with it's coverage of local information, events & sports please contribute what you can by using the  donation button  at the top right of the page.)
Posted by Bogota Blog NJ at 10:45 AM