27-July-2017
Earlier this week the Bogota High School had finished the asbestos abatement in Speary Gym. This allowed for the continuation of the improvements in the building. This also allowed work to restart in the Biology rooms, the Band room, and Weight room. Summer Classes were also were able to be held in the High School.
Speary Gym has been strip to its foundation. The wood on the Jay Mahoney Court, the old wooden bleachers, the padding along the walls , and the banners were removed. Painting was the first element of the new gym to be addressed. The walls, and rafters were scraped and vacuumed to remove years of chips, and dust. The basic coat of white was painted from the ceiling to the gold stripe. The stripe will be painted a Bogota Purple with black mats applied below.  The mats will be like those in the weight room, Black in colour, with the lettering in Bogota Purple with a Bucs Gold trim.
On Thursday the old fabric banners were replaced by new vinyl banners.  The new banners are sized smaller for a more uniform look. The League and State Championship banners are still a field of Bogota Purple. While the Bergen County Championships are a base of Bucs Gold, with the lettering being the opposite colour. The American Flag will now hang opposite the bleachers.  There is a plan for the old banners, with further details to announced at a later date. There will also be improvement to the weight room.
The open space behind the building has been excavated  with a new draining system added. It will next be regraded with a hard surface to allow for  a new recreation area. This will include Volleyball, and Basketball courts along with seating and table areas.
The Biology rooms have had the old cabinets and furniture have been removed, and a drop ceiling ceiling added with new lighting. A new floor will be laid down, then new cabinets to be installed with new equipment.
The band room will also be receiving a new carpeted floor as well.
Most of the improvement are scheduled to be ready for the start of the 2017-18 school beginning on Thursday -7-September.  The use of Speary Gym is subject to change based on the construction progress. This also means that the Board of Education meeting on 29-August will be held in the school cafeteria as usual  starting at 7:30p. 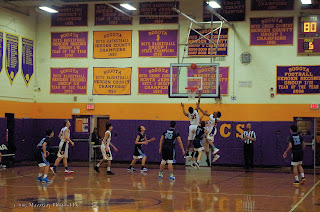 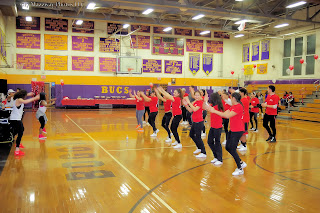 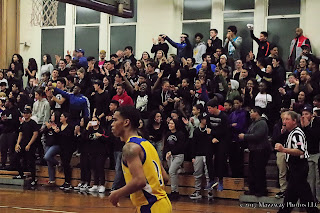 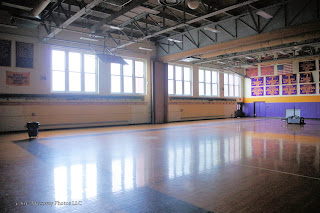 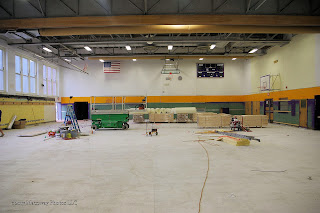 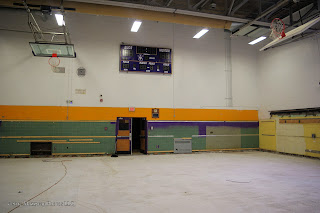 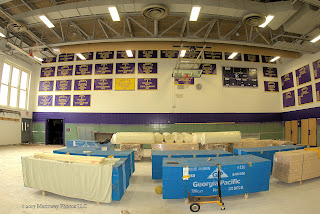 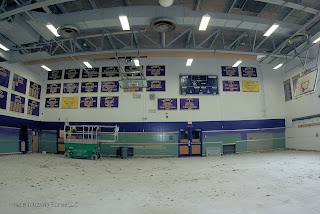 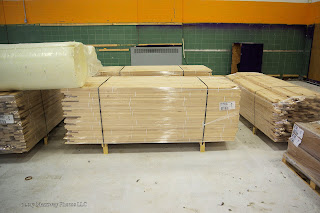 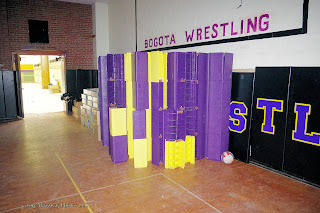 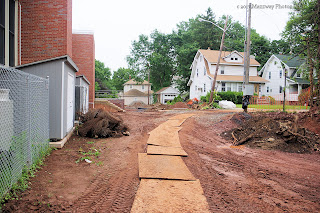 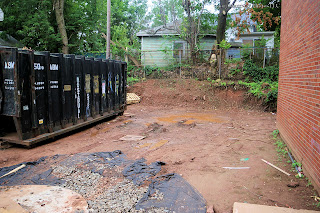 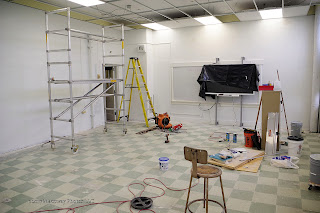 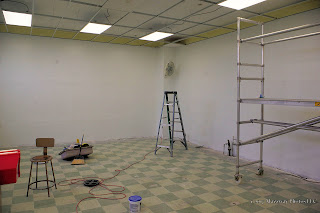 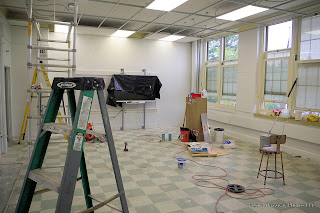 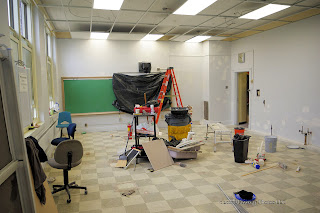 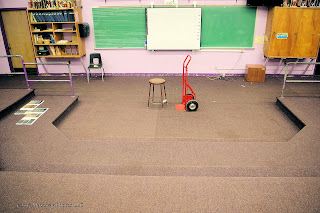