On Thursday-3-December the Bogota Borough Council held its first meeting for the month of December. The meeting started with Bogota Mayor Chris Kelemen taking the time to remember former Borough Clerk Ms. Frances Garlicki. Ms. Garlicki  held this post for over 27 years, while serving under 6 different  Mayors.  Viewing will be held at Petrik Funeral Home,  located at 140 Palisade Ave., Bogota on Friday from 4:00p to -8:00p . There will be service at St. Joseph Church, located at  115 E. Ft. Lee Rd., Bogota on Saturday at 9:15a for the Funeral Mass at 9:30a.
The Council then heard an update about the Atwater development from Mr. Jon Stein, Manager of PCD Development, the development company of the project. Mr. Stein started with some clarifications of the names of the building in the complex. The front building, nearest to W.Ft.Lee rd will now be officially known as 1000 W.Ft.Lee rd. This will house the retail locations and management offices part of the development. 1000 W.Ft.Lee rd will also house the recreational amenities for the resident of the Atwater  Apartments. 1000 W.Ft.Lee rd will have 101 units with 10 of those being available for affordable housing. At this time Mr. Stein announced that 29 Market units have been rented with 6 Affordable units also under contract. With the opening of 1000 W.Ft.Lee rd for occupancy PCD Development has paid the Borough the first of four community enhancement payments as part of the agreement with Bogota. Mr. Stein added that the just of the building will be now know as 2000, 3000, 4000 W.Ft.Lee rd starting with the building closest to the Dillard Bridge and proceeding  along the Hackensack River. 2000 W.Ft.Lee rd is scheduled to apply for its Certificate of Occupancy  in late January, or February of 2021. When this is granted the second of four payments will be made.  He continued  with saying the River Walk, which will be open to the public during daylight hours, and the paving of W. Ft.Lee rd from the Bridge to River rd is waiting for more construction to be finished. The re-paving must also wait for all unity work to be completed as well.
Then the Council was given an update on the proposed Community Centre.  A plan to have a prefabricated structure has been abandoned due to estimated cost quoted at almost double of the planned budget. It was decided to have the Borough Manager move ahead in seeking permits for construction of the new building. It was also agreed that the current Architectural firm  working on the Community Centre  should proceed with a redesign for the current budget.
The Council next voted on the consent agenda.  All items voted on were passed, most by a unanous vote. One item was pulled for the agenda to then be discussed in closed session. Some of the more noteworthy  items passed was the hiring of Officer George Hondros to become a member of the Bogota Police Department.  Another was the adoption of the ordinance of the South End Redevelopment plan to a-line with local Redevelopment and Housing laws.
In the report section Mayor Kelemen said that a link to schedule for covid-19 testing at the New Bridge Medical Center has been added to the Borough’s website. This can be found at: https://www.newbridgehealth.org/covid-19-testing/
Another announcement made by Council was that the Fire Chief’s Election original scheduled for Saturday-5-December has been cancelled.  A private swearing in ceremony is planned for Saturday-19-December. It was also announced that the annual Lollipop Sunday will take place on Sunday-20-December. Santa will be escorted around Bogota by the Fire Department starting close to 10:00a to see all the Children of the Borough.
The next Borough of Bogota Council meeting will be on Thursday-17-December. The start time will be  at 7:30p.  The meeting can be access by a number of different ways that will be published at a later date.
More information on accessing this meeting will follow. For additional information please visit their website at: https://www.bogotaonline.org/
( To help  support Bogota Blog NJ with it's coverage of Local stories & sports
please contribute  at: donate to Bogota Blog NJ ) 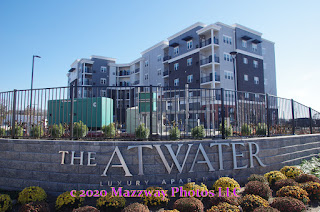