Voting for the 2022 New Jersey General Elections may be done in three ways.
- At the local polling station, the address can be seen on the sample ballot that has been mailed
to each registered voter.
- By Mail Ballots must be postmarked on or before Tuesday-8-November.2022. Or placed in a secure Ballot Box no later than 8:00p on Tuesday-8-November-2022
-In-Person early voting.  Locations are open from Satuday-29-October to Sunday-6-November. Weekdays earlier voting locations are open from 10:00a to 8:00p. On Sunday they are open from 10:00a to 6:00p.
Secure drop boxes will be set-up in 32 Bergen County Communities. The closest to Bogota
are in Hackensack, NJ at One Bergen County Plaza, this is the main county Administration Building.  Another is in Teaneck, NJ at 818 Teaneck Rd, this will be located at the
North entrance of the Township Municipal Building. Ballot Drop Boxes are available 24-hours.  Ballots must be in the Drop Box by 8:00p on election night.  Ballots left after 8:00p on election night will be considered late and not counted.  Drop boxes will be under 24-hour security and surveillance. Representatives from both major parties will oversee the collecting, and
delivery of ballots from Drop Boxes.
There are 9 Early Voting locations. The closest ones to Bogota are in Hackensack, NJ at One Bergen County Plaza, this is the main county Administration Building on the 5th floor public meeting Rm.  Or in Teaneck at the Richard Rodda Center located at 250 Colonial Court.
More information on voting in this year's election can be found at: www.bergencountyvotes.com
The Bergen County Board of Elections has prepared a information video on Mail-in voting available at:  https://youtu.be/Z0nva8m00xU
The State of New Jersey has produced a number of instructional videos on how to vote.
Estos están disponibles en español en:  Como Votar por Correo  y   Preguntas sobre su firma?
And in English at: How to Vote By Mail  and Question About Your Signature?
(Candidates are listed in order as they appear on the ballot)
Bogota Borough Council two three year terms.
- For the Republican party: Incumbent Councilman Mr. Michael Connors and Ms. Rebecca Youla
- For the Democratic party: Mr. Patrick McHale and Mr. John Mitchell
Bogota Board of Education three, three year terms.
-Incumbent Trustee Ms. Idalia Alvarez
-Incumbent Trustee Ms. Trina Olivo
The third Trustee seat had no Candidate file a petition to be place on the Ballot.
Bergen County Commissioners three, three-year terms
- For the Republican party: Ms. Dierdre Paul, Mr. Ronald Lin, and Mr. Douglas Holden.
- For the Democratic party:  Incumbent Mary Amoroso, Incumbent Germaine Ortiz, and Incumbent Thomas Sullivan
Bergen County Executive one four year term
- For the Republican party: Mr. Todd Caliguire
- For the Democratic party: Incumbent Mr.  James Tedesco
United States House of Representatives
Fifth New Jersey Congressional District
- For the Republican party: Mr. Frank Pallotta
- For the Democratic party: Incumbent Mr. Josh Gottheimer
-For the Libertarian party: Mr. Jeremy Marcus
-For the Together We Stand party: Mr. Trevor Ferrigno
-For the American Values party: Mr. Louis Vellucci
The General Election will be on Tuesday-8-November with the polls opening at 6:00a and remaining open until 8:00p.
The Public schools of the Bogota Board of Education will be closed for voting. 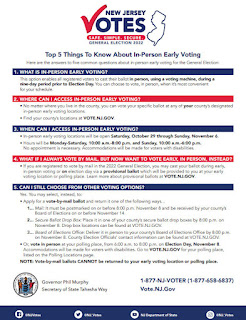 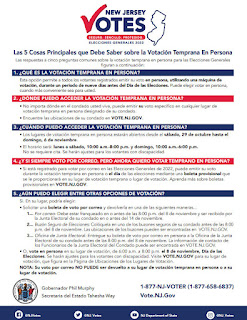 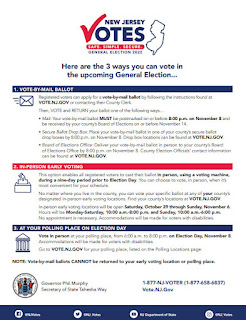 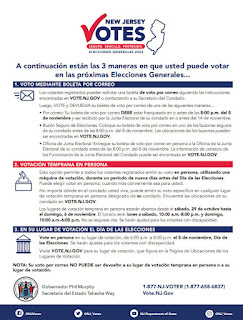 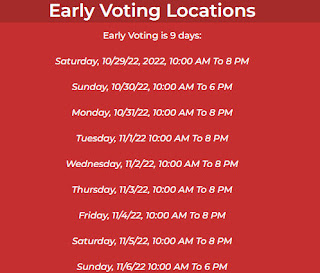