On Thursday-10-November the Bogota Lady Bucs Volleyball team hosted the Verona Lady Hillbillies in the Semi-finals for the 2022 New Jersey Interscholastic Athletic Association Women's Volleyball New Jersey, Group 1 Tournament. This was played in a sold -out at Speary Gym. Bogota serviced first but Verona would score the first two points. The Lady Bucs then tied the set at 2-2. This would be the first of 24 ties an 11 lead changes that would occur in this set. Both teams would not allow their opponent to keep service.  Each challenge was met, each ball was played, and every player made a second, and sometimes third effort to score for their team. It was not until late in the first set a two point margin could be found. Lady Hillbillies' Patricia Rakova served a 20th point to Bogota's 18. Bogota was able to recover and with three straight points moved ahead 21-20. The Lady Buce got to 23 points firs, and again Verona would tie and take a lead moving them on point from a first set win.  Bogota's Head Coach Brad DiRupo used a pair of time out to settle his team. The Lady Bucs forced the set to go into extra points. First at 24-24 and then at 25 apiece. When the visitors made the score 26-25, this caused the second time out for Bogota. When play restarted Bogota forced the final tie of the set 26-26.
Earlier in this opening set Bogota's Angelina Buhler needed to be treated for a lower body injury. Soon she returned to the court she was greeted with a loud ovation. For the service Ms. Buhler would give her team the only two point lead of the set and a 28-26 win.
In the second set Ms. Buhler pick-up were left off and gave Bogota a 2-0 lead. The Lady Bucs maintained their advantage out scoring Verona by about a 2 to 1 margin. Bogota's Gianna Estevez put together the longest scoring run of the match and a 14-8 lead.  Near the end of this this set the Lady Bucs were ahead by nine points. Verona's Nicole Hagaman service closed the gap to 20-15. Again, Coach DiRupo gave his players a change be calm. Returning to the court Bogota won back possession which allowed Mia Pimentel to serve the next four points and a set win of 25-15 for a 2-0 match win.
Bogota's Ashana Caviness had a match high with 18 Kills. The Lady Hillbillies' Patricia Rakova had 15 Kills. Verona's Nicole Hagaman had a match high with 13 Digs. Gianna Estevez had 12 Digs for Bogota. Marley Kramer led all scorers with 31 Assists and Bogota's Mia Pimentel recorded 28 Assists.  Four Lady Bucs had 2 Blocks, and finished with 6 Service Points.
Bogota's record is now 27-2. They next play on Sunday-13-November in the 2022 New Jersey Interscholastic Athletic Association Women's Volleyball New Jersey, Group 1 Finals. This will be against Delaware Valley and be place at Franklin NJ High school. The first serve scheduled for 11:30a*
Select photos from the Bogota Blog NJ collection of Bogota Sports are now available for purchase. These may be order from the Bogota Blog NJ Zenfolio store at: Bogotablognj /Sports
(To help support Bogota Blog NJ with its coverage of Local stories & sports
please contribute at: donate to Bogota Blog NJ) 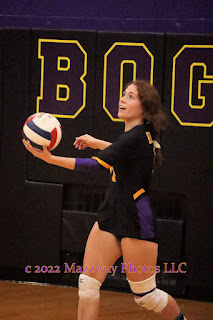 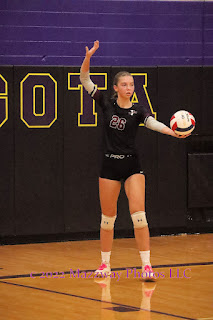 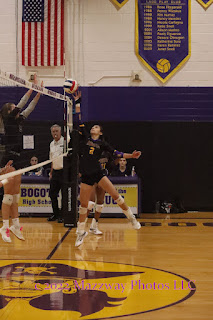 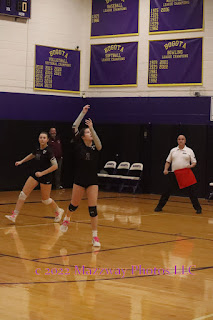 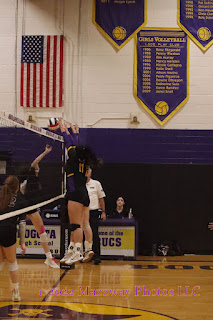 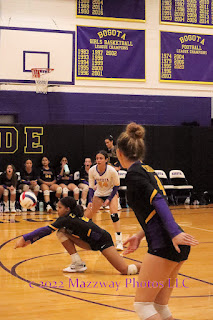 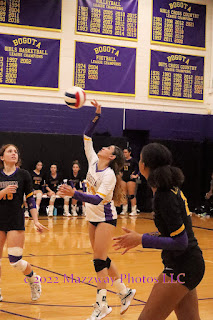 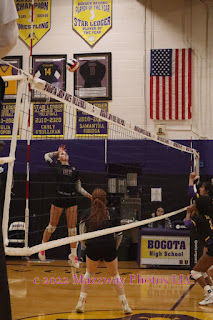 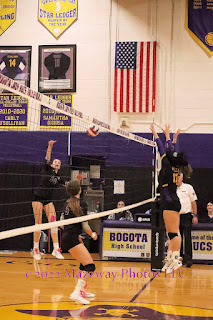 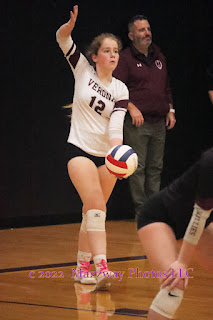 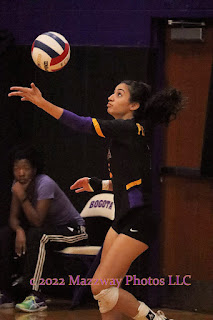 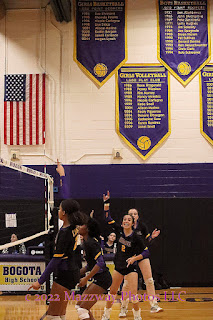