27-December-2022
On Monday-26-December Speary Gym in Bogota High School host the first Jay Mahoney Holiday Jam Fest.  The Bogota-Heights Womens team played the Ft. Lee Bridgewomen in the first game.  Ft. Lee would score the first 7 points of the game and be ahead after eight minutes 19-13. By the end of the first half the Highwaywomen built their lead to 41-20.  Ft. Lee would win the game by a score of 65-33. Ft. Lee's Laila Jones would have a game high with 20 Points, including 2 Three Point Baskets. Jah'Nel Lewis also had 2 Three Points Baskets. Bogota Heights were led by Ashely Matta with 7 Points. Bogota Heights record is now 3-2. They next play on Wednesday December 28 in the second tournament game. This will be against Wood-Ridge on the Jay Mahoney Court in Speary Gym with a tip-oof scheduled f0r 10:00a
The Men's Basketball Bucs played Promise Academy 1 Charter in the nightcap. Promise Academy would win the game by a score of 85 to 55. Bogota's Michael Olivo had a team high with 28 Points including 5 Three Point Baskets. The Bucs recorded is now 2-4. They next play in the Consolation game on Thursday-29-December starting at 4:00p 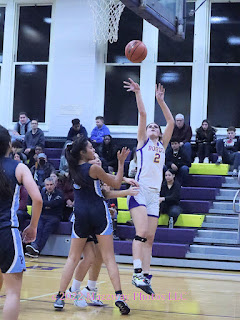 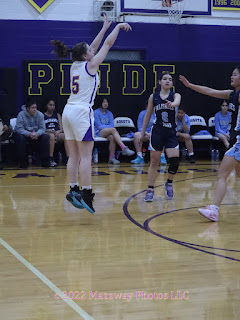 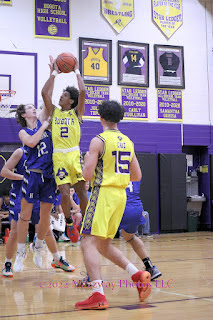