21-December-2022
On Tuesday-20-December the newest members of the Bogota Police Department were sworn in as officers. This took place in the Council Chambers in Borough Hall. First, Officer Mark Alvarez, then Officer Laura Shakiri were given the oath of office by Bogota Mayor Chris Kelemen. Both officers were standing with Family members, with fellow Officers of the Bogota Police force in support around them. Then Officer Alvarez, and Officer Shakiri were presented with their badges by Police Chief Daniel Maye.
Next, two Officers were sworn in as Special Law Enforcement Offices-class 3 for the Bogota Public School. (SLEO-3). First Mr. Robert Foster, then Mr. Sebastian Cabrera were sworn in by Mayor Kelemen.  The Sleo-3 will be assigned to one of the Public Schools to help with security in and around the building.
Then Chief Maye presented Councilwoman Daniele Fede a plaque recognizes her service as Police Commissioner for the Borough of Bogota.  This was followed by Chief Maye a number of commendations and awards to members of the Police force. Some were for their actions in responding to incident calls. Others were honoured for remaining on duty through-out an emergency situation. This was highlighted by the two dispatchers for the Dept. during Hurricane Ida. They worked around the clock to coordinate and dispatch emergencies calls as they came in. One of these were to rescue a passenger from a vehicle that was strained by flood waters on River rd.  Other citations were presented to the Officers who arrested a suspect involved in a home break, while another was to detain a suspect driving with a loaded firearm in their possession.  There were also a number of Officers that received commendations for their life saving efforts on a several residents. Also, awards were presented to Offices who have completed advanced schooling and training while remaining on active duty. 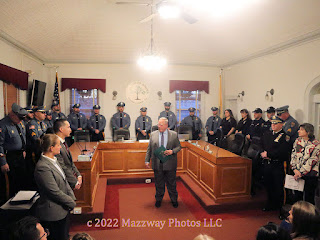 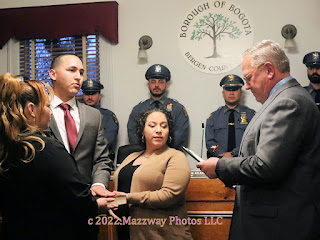 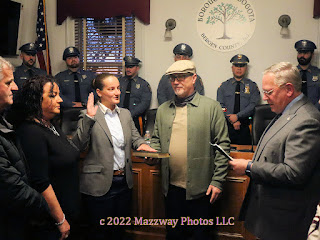 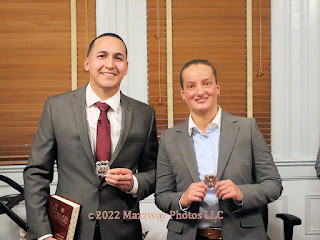 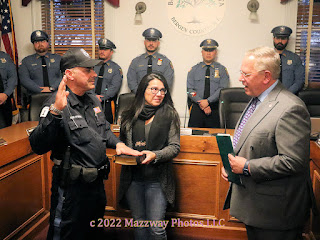 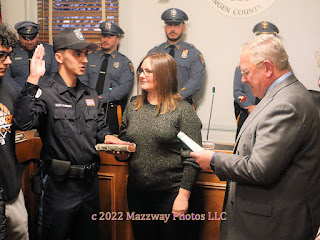 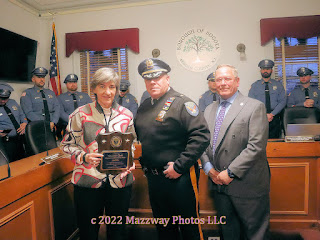 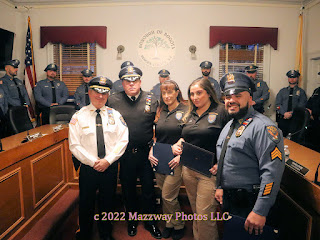 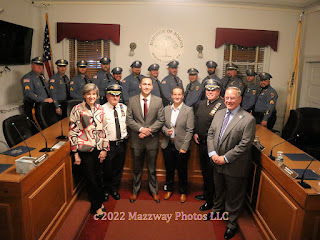