23-December-2022
On Friday-16-December the Bogota High School Fine Arts Department held their Winter Concert for 2022.  Both the Band and the Choir were led by new Directors. Mr. Dave Abraham became the new Director of the Marching Buccaneer Band, the Concert Band and the Jazz Band this summer following longtime Director Mr. Barry McCann. Mr. Michael Prachthauser is the new Director of the Concert Choir and The Purple Notes Choir following Ms. Andrea Lynch.
Both Directors quickly made the program their own. The Concert began with a highlight film of the Marching Buccaneer Band from this year's Halftime performances.  When the Concert Band took the stage, they would enter from each side of the Auditorium to take their positions.  For this show all the musicians would dress in all black.  They played four songs with a Christmas theme.  Before their final selection Senior members of the band present Mr. Abraham with a bouquet of flowers thanking him his work this year.
After the intermission the Concert Choir also enter from opposite sides and went to their places on stage. All wore black pants, or skirt, some with a white top, other all in black. They featured Holiday Songs from seasonal movies. They were also accompanied by members of the Concert band for certain tunes.  The Purple Notes performed on song and accompted by Ms. Harmony Chau on the Piano. Senior choir members gave Mr. Prachthauser a bouquet of flowers thanking him for his effort at their Director for a shorter than usual time frame. They also presented Ms. Chau with her own bouquet.
The final performance of the evening was by the Bogota Jazz Band. They still wore their traditional all black attire, but with a red tie for the Holidays and many in seasonal headwear. The played upbeat holiday songs, and at one point Santa made an appearance to present Mr. Abraham his own "Elf Hat". Each selection featured a number of solo performances during the songs.
The Fine Arts Department next eventa are the Spring Musical of "The Addams Family Musical" on Friday and Saturday 24 & 25 March. The Spring Concert on Friday-19-May, and their leading the Bogota Memorial Day Parade on Monday -29-May.
Parents of all Bogota Fine Arts are welcome to join the Band Parents Organization at their meeting on the second Tuesday of every month at 7:30p in the Bogota Recreation Center located at 162 W. Main St Bogota, NJ
(To help support Bogota Blog NJ with its coverage of Local stories & sports
please contribute at: donate to Bogota Blog NJ) 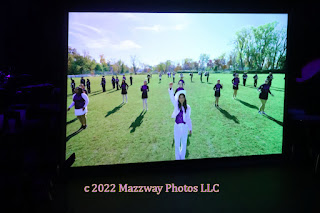 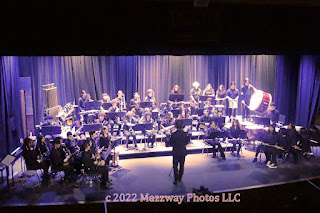 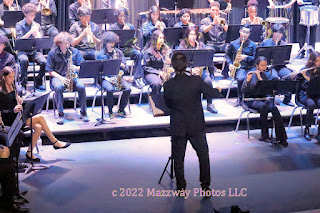 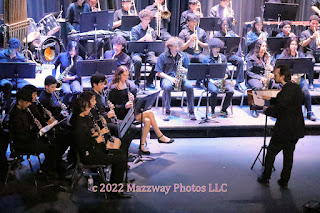 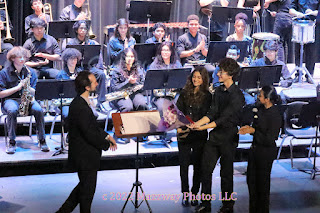 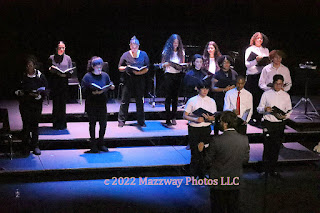 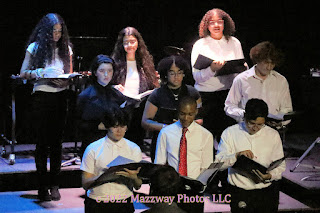 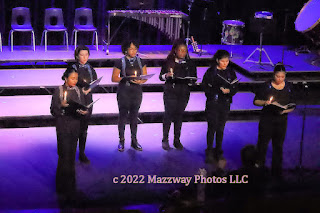 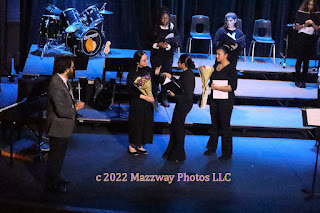 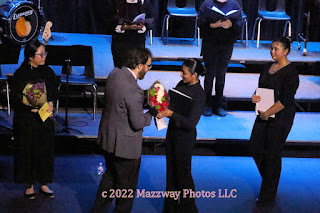 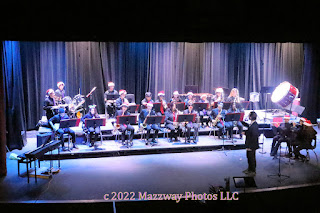 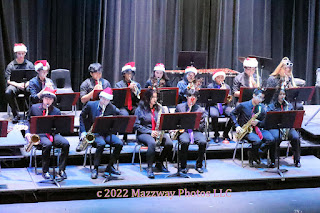 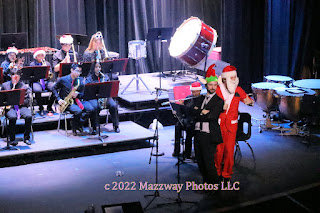 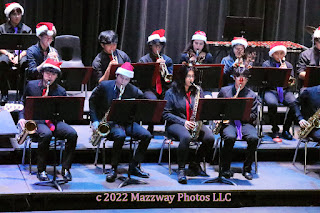 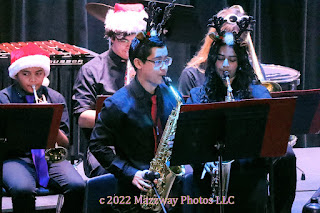 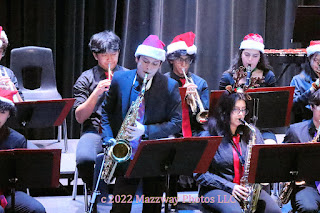