17-December-2022
On Friday-16-December the Bogota Men's Basketball Bucs opened their 2022-23 season.  Bogota host the Hawthrone Bears on the Jay Mahoney Court in Speary Gym. This game opened a new season in a number of different ways. First new Head Coach Donald Osbourne (Bogota Class of 1990) returned to Speary Gym, taking over for longtime Head Coach Mr. Jay Mahoney. Coach Osbourne was part of the 1990 that won the Bergen County Tournament and the NJSIAA State Group I Championship. Next Bogota unveiled a new uniform. This was based on the 1990 teams colour scheme. It is a base colour of Bucs Gold with Bogota Purple striping. The names of the players were also added to the back. This will be the main road uniform, with the white kit being used at home. Then, before the start of the game Coach Osbourne took the time to present six players with plaques acknowledging them on being named to the Honor Roll for the Fall Semester. They were Mr. Brain Cotes, Mr. Deshawn Caviness, Mr. Diego Wiski, Mr. Jayden Baca, Mr. Isaac Horowitz, and Mr. Abdiel Edwards, all came to Centre Court to be recognized. This is Coach Osbourne's way to remind his players that academic achievement is a major part of athletic success.
The start of the game also saw Coach Osbourne's game strategy. It was to use the players speed of movement to stop their opponent from setting up on offense and able to recover on defense.  This also saw a full court press for most of the game, and multiple player changes to keep the players on the court fresh, and those on the bench ready to step in.
Hawthrone took an earliy lead to start the first quarter. And both teams traded three-point baskets for a 5-5 tie.  With the pressure Bogota soon took the lead and expanded it to see the first eight minutes end with the Bucs holding a 14 to 10 advantage. One familiar part of the game was to hear a booming voice from the Bogota bench asking why a player was out of position, or what offense should be being used.  This allowed the Bucs to go into halftime ahead 32 to 22.
After the restart Bogota continued to outscore the visitors. In the fourth quarter Hawthorne slowing closed the margin. The Bears would reduce the difference to just three points, but the Bucs would hang on to win 64-61.
Deshawn Caviness would finish with a team high of 14 Points, and 12 Rebounds. Michael Olivo and Jean Paul Wiski both scored 3 Three Point Baskets and Lucas Cruz 4 Blocks. Bogota's record is now 1-0. They next play on Saturday 17-December hosting Dwight-Englewood on the Jay Mahoney Court in Speary Gym. the tip-off is scheduled for 1:00p
Select photos from the Bogota Blog NJ collection of Bogota Sports are now available for purchase.
These may be order from the Bogota Blog NJ Zenfolio store at: Bogotablognj /Sports
(To help support Bogota Blog NJ with its coverage of Local stories & sports
please contribute at: donate to Bogota Blog NJ) 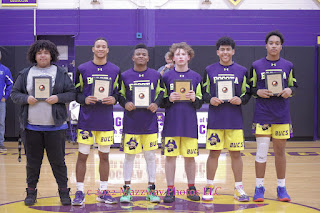 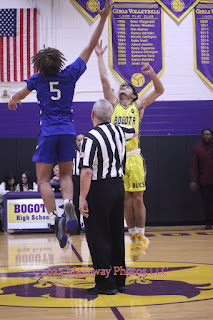 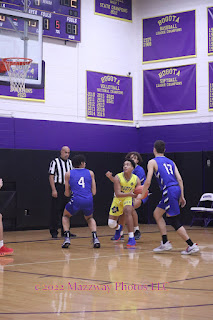 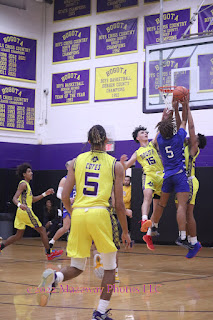 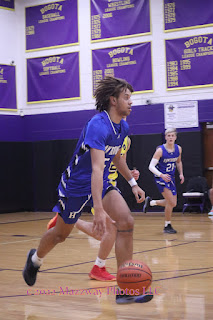 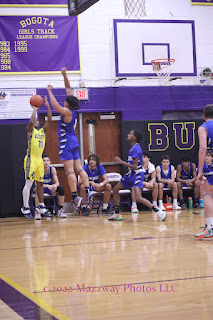 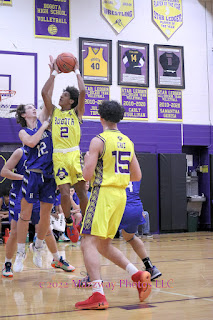 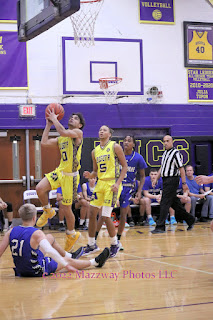 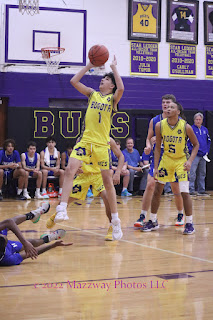 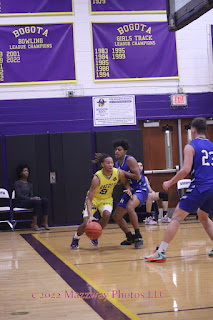