16-Dec-2012
Both the Girls & Boys basketball teams started their season over the weekend. Both teams have begun play with wins. The Girls beat Emerson 45-to 31 at Speary Gym, while the Boys traveled to Emerson and beat the Cavaliers 63-to 58. The boys then posted another 63 point game while limiting Harrison to 57 for their second win.
The Girls next game is Tues: 18-Dec. against Pequannock at Speary Gym with a 6:00p tip-off. The next game is also at home on Thursday 20-Dec as the Lady Bucs host Midland Park starting at 7:00p. The Boys next game is away at Midland Park on Thursday 20-Dec. also at 7:00p. Then the Bucs take part in the Bergen Holiday Festival from 27-30 Dec. at Dwight-Englewood.
More end of seasons honours have been given to the Boys Cross county team as well as the Lady Bucs Volleyball.
Placing on the NJIC Patriot 1st team are Jorge Sotomayor, Liam Geraghty, and Quinn Geraghty. On the 2nd team are Michael Gioiosa, Andy Jaipersaud,  and Chris Rivera. With Juan Castro getting an Honorable Mention.
The results for the Girls team are not known at this time.
The Lady Bucs Volleyball team dominated the NJIC Patriot all-league teams placing on the 1st team are Julia Topor, Iris Batista, Jenifer Ramirez, Brenda Curiel, Rebecca Keleman, and Carly O'Sullivan. Along with Coach of the Year Brad DiRupo. On the 2nd theam are Kellianne Brown, and Kathy Rojas. Getting  Honorable Mention was Kelly Daley. 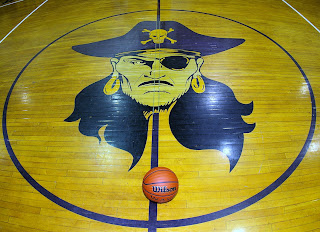