1- Dec.
Dan Klima was appointed new Chief of the Bogota Volunteer Fire Dept. while  Lt. Joseph DiMaurio was named Firefighter of the Year. 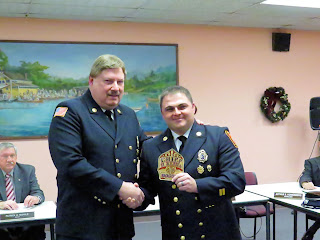 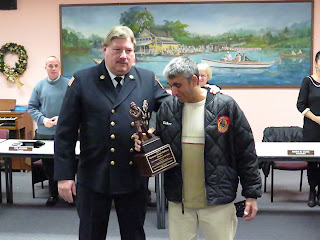 2-Dec.
The First 'Tree of Hope" event held by Save the Animals Recuse Team II was held at the Rec. Center 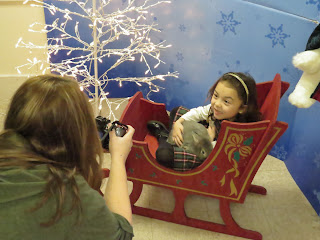 6-Dec
Officer Kevin Geraghty was sworn in to become the newest member of the Bogota Police force. 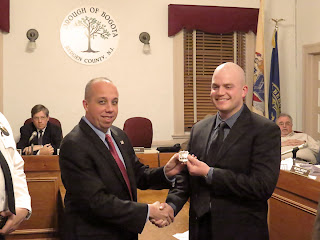 12-Dec.
The Tree in front of Borough was finally able to be lighted up ( in a series of weather related delays that happen through -out this year) 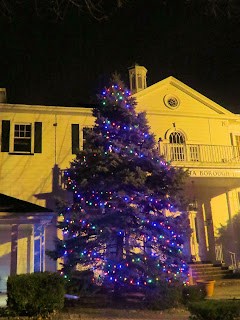 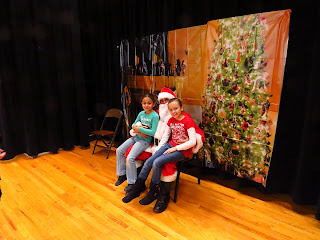 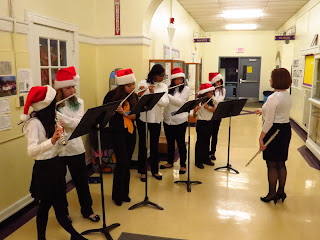 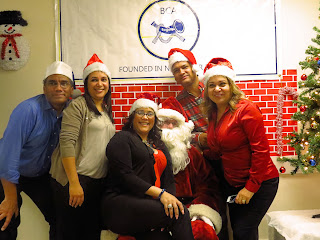 16-Dec.
A number of awards for the Fall sports team of Bogota High School.
The Cross County teams place  Elizabeth O'Brien, & Anais Fernandez for the All-Bergen Girls 1st Team, Jay Mahoney as Girls Coach of the Year, & Team of the year for the C-D group. Jovanie Sotomayor  placed on the All-Bergen 2nd team.
The Lady Bucs Volleyball placed Rebecca Keleman, Julia Topor, and Carly O'Sullivan on the All-North Jersey 1st team with Brad DiRupo being named Coach of the Year

Some of the notable passing from Bogota :
James Carr
Charles Corders
Marilyn Gibbons
Leo Grady
James Hoyt
John Miller
Joseph Speciale Jr.
Donald Viviani
to name only a few.
And it was learned that a DNA match in July of 2002 was that of Patrica Viola who went missing in February of 2001. Her Family and friends never gave up hope that she would  return safely, but now knowing that she could rest in peace.

Bogota Blog NJ would like to thank everyone for their support and encouragement thought-out the year. I personally want to thank-my Wife (as of 1-Sept-2012) and our children for their help, and understanding as I try and grow this blog along with the borough. I look forward to the upcoming year, and hope to keep improving , and informing the citizen of Bogota, NJ.