On Wednesday 22- July the Bogota Police Emergency Services Youth Academy's duty day was held at the Bogota Swim Club pool. Ths was separated into two parts. There was the water segment, and land based training. The dry training consisted of a number of disciplines.  In one the Cadet were to simulate a rescue of a person trapped in a confined space. This would be in case of  someone who was a victim of a building collapse.  Or someone who has become incapacitated while in a cave or other narrow space. The Cadet were placed into teams of four. two Cadet would travel into the space to secure the victim  so that they could be safely removed from the area.  This was done by placing the victim on a rescue board attached to a rope. The victim would be secured on the board to immobilize the person to reduce the chance of aggravating or cause any further injuries. The other part of the team was responsible to assist in  pulling the recuse board from the the area in a methodical way also in order to reduce further injuries.
The second part  the Cadets were shown how to remove a person who may have been trapped in a car accident. Cadet were shown, and use entrapment tools carried by The Bogota Rescue Squad which oversaw their training.
The Cadets were also shown other types of rescue vehicles used by other Rescue Squads. At the end of their session a helicopter from the New Jersey State Police landed in the  Little League fields in Olsen Park. Cadets were given the opportunity to listen to the pilot  and ask questions about how and why it may be needed to have  a Helicopter assist in a rescue. 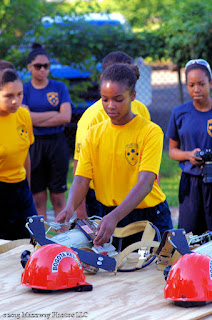 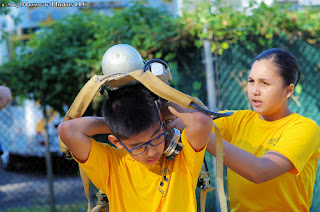 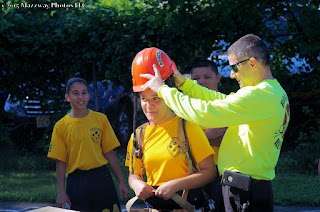 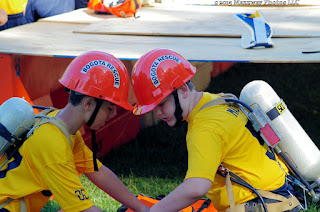 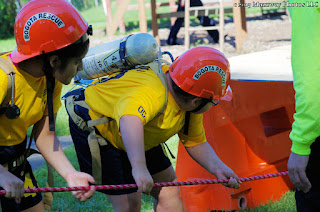 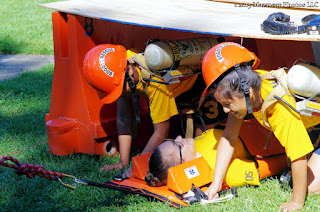 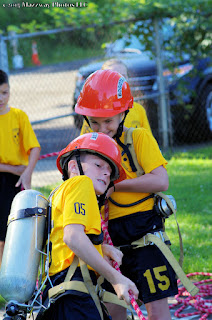 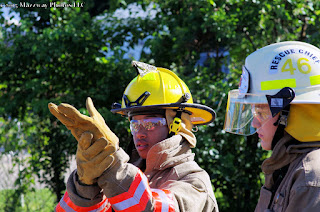 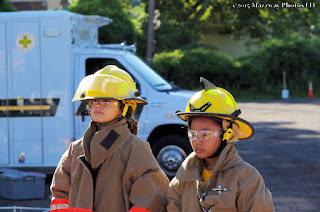 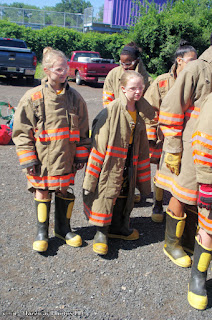 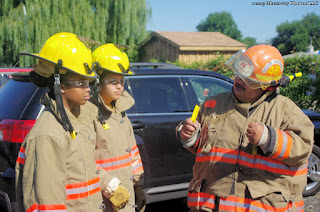 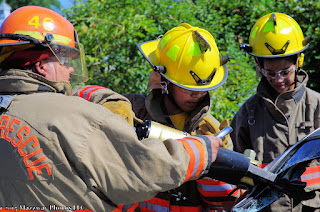 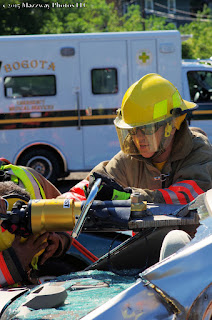 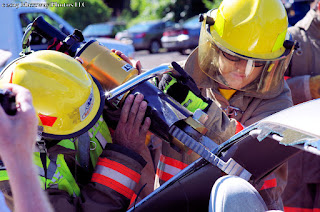 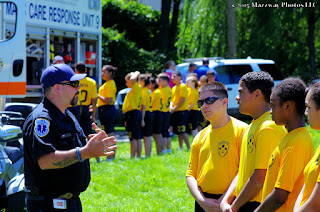 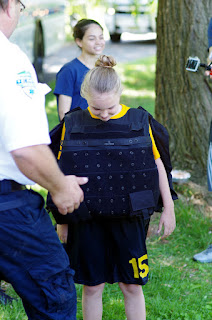 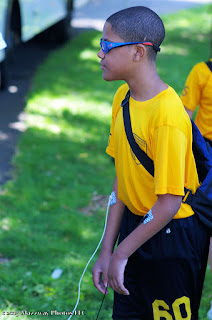 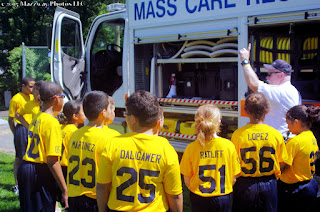 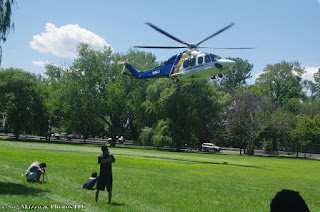 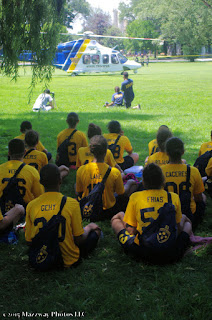 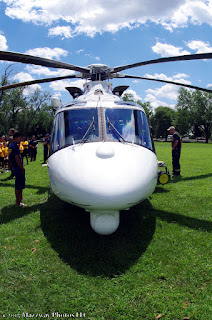 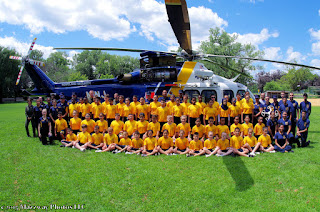