On Thursday -2-July the Bogota Public Library hosted an evening of Frank Sinatra songs presented by Dave DeLuca. Mr. Deluca sung a selection of songs that were originally sung by Mr. Sinatra or arranged for him especially. This was presented by the Library in conjunction that the year 2015 is the 100th anniversary of Frank Sinatra's birth.  Mr. DeLuca presented the show as a Tribute so instead of doing an Impersonation of Frank Sinatra Mr. DeLuca gave some background of the songs he was going to perform, along with some lesser known items from Mr. Sinatra's life.  At times Mr. DeLuca would allow the rhythms and tones of Frank Sinatra to take over his singing,  in a way that would allow the Audience to once again here the voice of the New Jersey born singer to come though.
The selection ranged from his early days of a Big Band singer to the more contemporary  songs from his Las Vegas  shows.  The more famous songs were not included, as Mr. DeLuca mentioned "There will plenty of opportunities to hear them during this year", but what was performed were also well known and showcased the different styles and moods the made Frank Sinatra famous.
For more information  about more  Library events coming in July visit their web site at :   http://www.bogotapubliclibrary.org/ 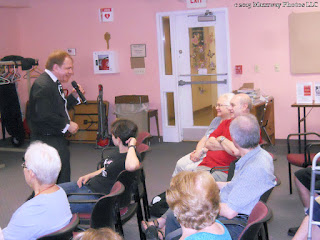 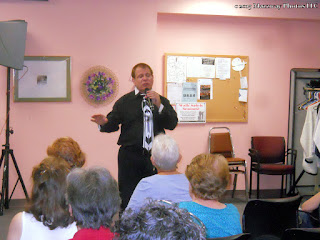 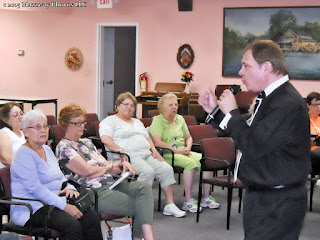 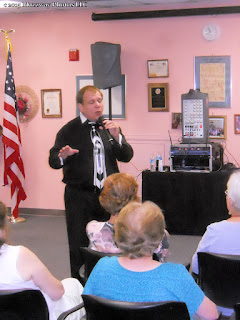 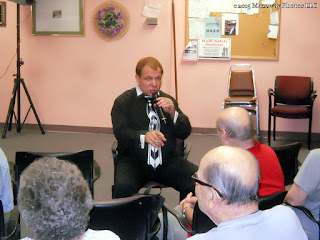 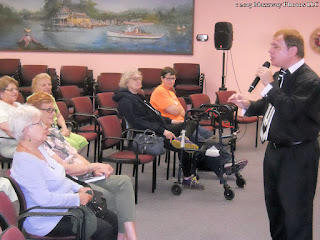 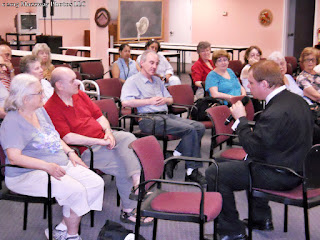