On Tuesday 6-September the Bogota Public School system had their first day of the 2016-17 school year. For some it is the first part of final stage of an Education. Seniors of Bogota High School begin a year that seemed to take too long to arrive, and will past by too soon. Sixth Graders at Steen and Bixby will spend their year, for the first time, at the top of the ladder, as being the oldest Students in school. For many of the younger Students this is a time of exploring the new. Last year sixth grade Students are now entering the High School as Middle School Students again being the youngest . Kindergarten, and First Graders are now entering the start of their formal education. Even having gone to preschool, this is now all new. A very few were fearful of what was to come, and not wanting to leave the safety of their Parents. Slowly the comforting voice of their teachers and one more reassuring hug they began to be ready to face the challenge ahead of them.
For the older Students it was a time to reacquaint with old friends and see who has changed over the Summer. Some Student needed to say hello to past teachers, with a few now being taller then their former instructors. Teachers, Students, and Parents all trying to summarize the past two months into a sentence or two. The Teachers stood with signs identifying themselves, and their grade so each Student could find out where they should go. Final good wishes, hugs and kisses then the Students were escorted to their new classrooms.  Slowly a quiet calm fell over the courtyards of Bixby and Steen as they the Students started their day. Then some of the Parents had a chance to also catch up with each other to compare experience.  First time Parents were introduced to more veterans ones and welcomed to a part of their new family.
This year the class day was only the morning session. So after noon Parents gathered again to welcome back their Students. Another time of waiting until the Teacher was able to find the correct Parent  for each Child. Now hugs came in welcoming the youngster back home but now as Students. There were many questions about how their day went, and was it better than they though t it would be.
Some changes since last June in the Schools. In all of the Public School water fountains have now being replaced by " Water filling  stations". Still with a typical fountain, but with a dispenser for reusable bottles. Many Steen Students can now use their "Hawk" bottle to get water, and Bixby Student will be issued their own " Bulldog Bottle" for their personal use. At Bixby a newly painted court yard, and classrooms welcomed the Students. New Basketball backboards, and rims will be added during the upcoming week.  At Steen the second biggest improvement is new lighting in the Gymnasium. All of the old fixtures have  been replaced  with brighter, LED lighting. This not only makes the Gym brighter, but are also motion activated so even if left on during the day the light will go out when the Gym is not in use. Even if only on section of the Gym is being use the other will turn off  when not needed. Also in the Gym a new rim and netting to the  main basketball hoops with rims being reused from past NCAA tournaments. The biggest change at Steen is the new Principal Ms Dayle Santoro she spent the time before school meeting her new Students, and Parents and assisting the Teachers getting good start to the School year on Orchard Terrace. 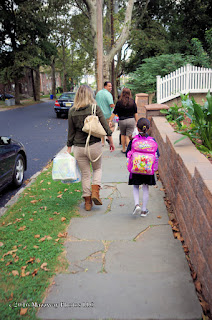 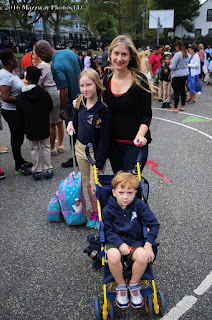 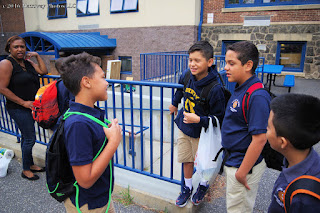 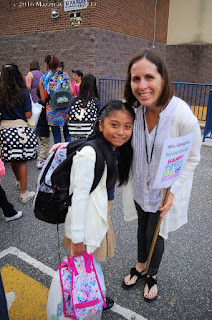 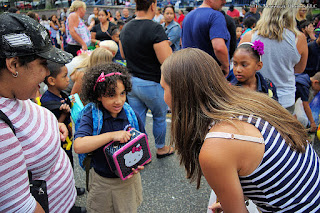 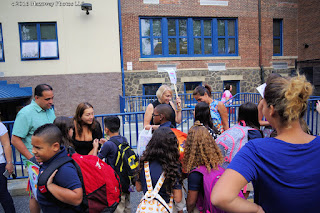 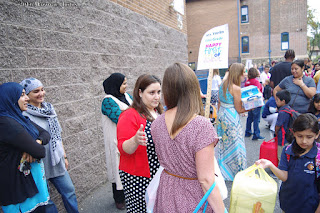 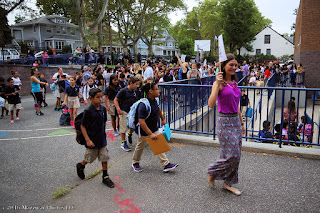 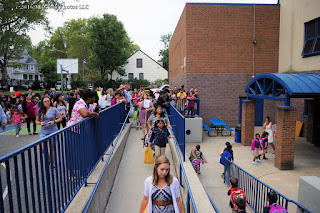 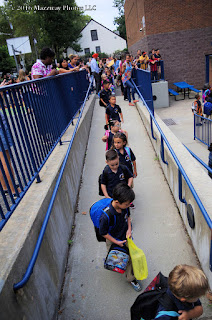 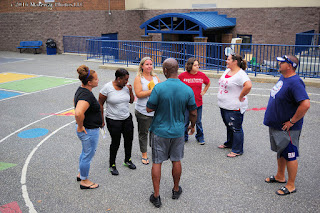 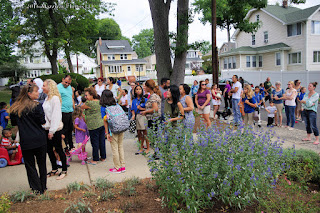 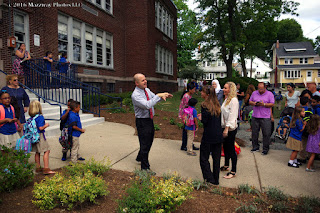 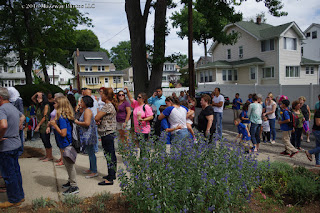 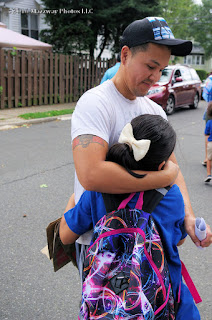 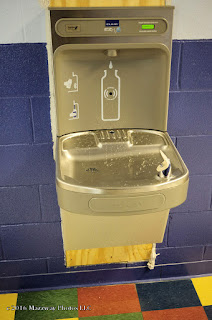 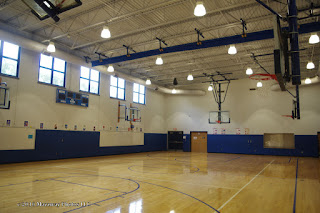 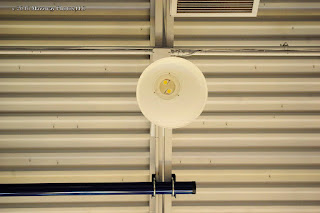 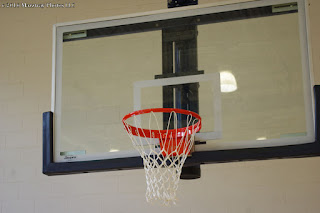