8-September-2016
On Wednesday 7-September St. Joseph's School in Bogota had their first day for the 2016-17 school year. Students and Teachers assembled in the courtyard behind the school.  Parents of newer and younger Student had a chance to walk their children to their grade line and have a quick moment of introduction with the Teacher. Then the Parents needed to wait in a separate  area while the Student had a chance to catch-up with their Classmates and old Teachers. Some of the Kindergarten Students were allowed to have their Mother, or Father,  near by for added reassurance that everything will be fine.  After the Students were settled with their Classmates  the new Principal Stella Scarano addressed the Student and Parents, she welcomed them back to the start of another School year.  Principal Scarano hope the newer Students will feel safe and welcomed, and that the older Students, especially members of the eight grade class will assist their younger classmates when needed.  After Principal Scarano talk the teachers then lead the Students to their Classrooms.  Some of the Students were able to pass by their Parents for one more wave, smile, or blown kiss to wish them the best for the new school year. The the Parents were then invited to have a some coffee and meet Principal Scarano to introduce themselves to her.
One major change, aside from Principal Scarano, will be the drop-off of preschool and other younger Students.  The E. Ft Lee Rd entrance will only be available to drop Student off. No parking will be allowed during class time. Eight Grade Students will be on hand to guide those being dropped off into the school. 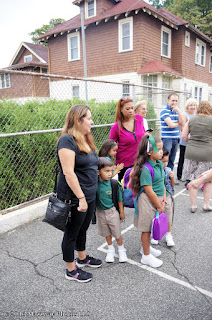 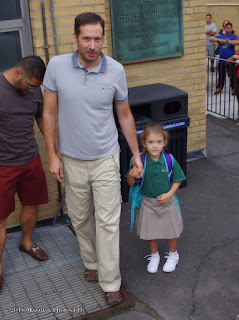 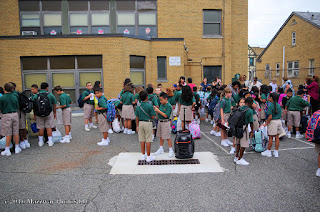 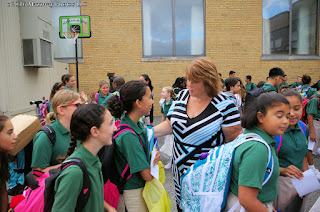 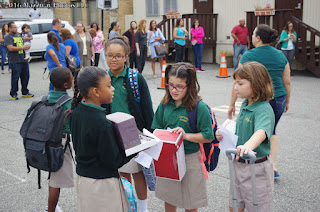 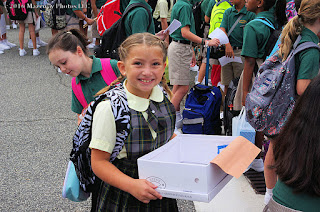 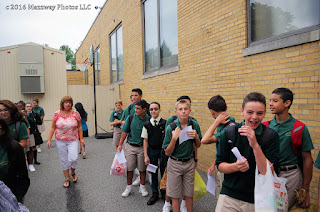 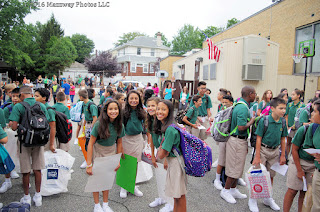 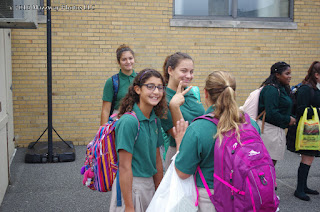 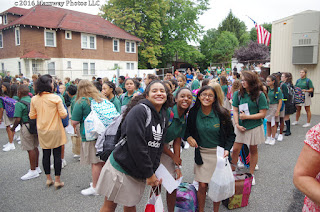 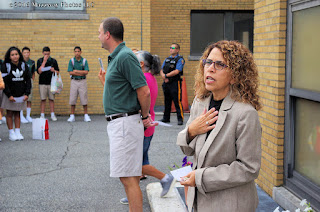 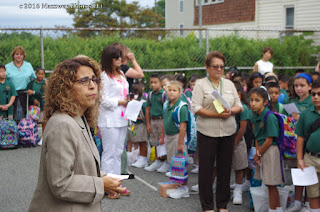 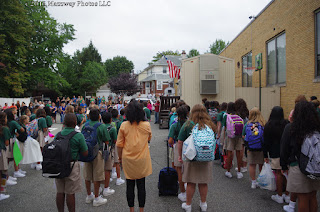 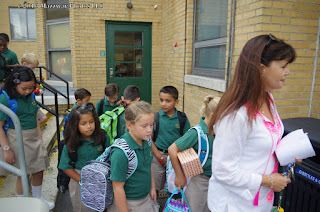 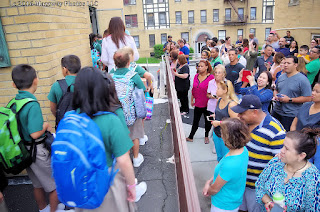 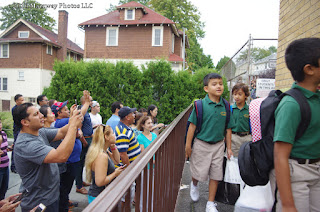