On Saturday-3-December The Bogota Volunteer Fire Department held their annual Chief Election. The first order of business was to give a year evaluation of the of the Department calls for 2016.
Next was the appointment of Assistant Chief Joe DiMaurio to Chief for 2017 replacing Chip Greiner. This will be officer DiMaurio for time as Chief for the Bogota Fire Dept.  Tony Culmome  will be elevated to Assist Chief and Alex Breuss was voted in by his Company to be the new Battalion Chief. After Officer Breuss appointment all three Firefighters were sworn into their new positions.  Next the Captain and Lieutenants were sworn into their potions. The Chiefs were then presented with their new helmet shied to acknowledge their new potions. The Chief of the Department are allowed to customize   their shield. Most add a symbol of their heritage. Chief DiMaurio dis add an Italian flag, and also an Elephant to remember his late Mother and the collection of souvenir Elephants that decorated his house as a child.
Chief Greiner then presented service duty honours for those officers with at lest five active duty for Bogota. One Office, Peter Faller was also awarded a plaque for 50 years of service. Then the Company of the year was presented to  Engine Company #1 and the Fire Fighter of the year was awarded to Kenneth Guida for his continuing work and maintenance for many of the electronic devices used by the Department. From call boxes to computers Officer Guida has worked on on this own time. Chief Greiner talked about how he has saved then Borough of Bogota over a half a million dollars over the years in repair cost. The award was accepted on his behalf by his brother fire fighters of Engine Co. #2. Then Chief Greiner acknowledged Officer Heather Kleiber of Engine Co#2 for her work as the Department's recording Secretary.
Finally  Chief Greiner also acknowledge the work done by the Ladies Auxiliary in raising money and support of the Department.
The Bogota Fire Department, and all the other Emergency Service Companies in Bogota are now currently recruiting new members to become volunteers. This is open to anyone Female or Male who are at least 18 years of age , and are residents of Bogota as well as Ridgefield Park, Teaneck ,and Hackensack.  Training, and equipment will be provided. There is also a Junior Firefighter program open to young Women, and Men who at at least 16 years of age. A Junior Firefighter will also receive training , and be a part of the support system to the Firefighters themselves. For more information about volunteering please to: bogotafire.org/  or call; 201-342-1736 ext. 2007.  There is also a meeting the 1st Wed. of each month at the W. Broad St. Firehouse from 7:00-8:00p 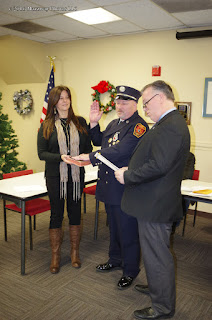 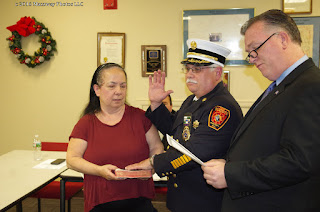 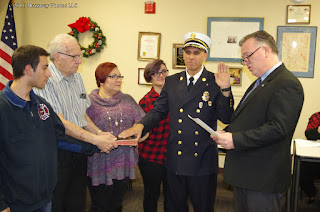 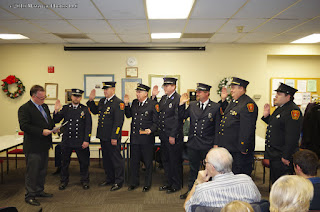 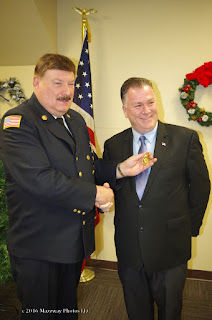 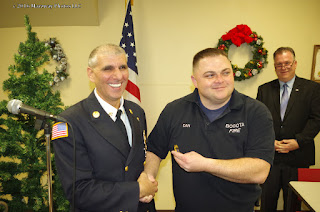 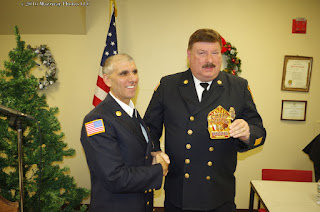 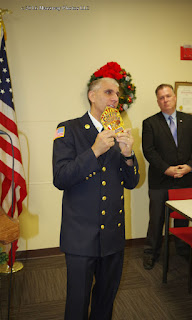 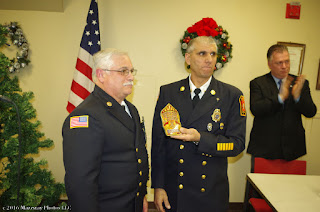 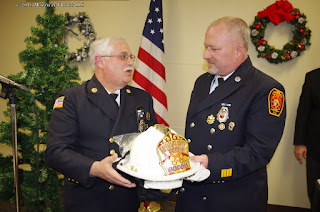 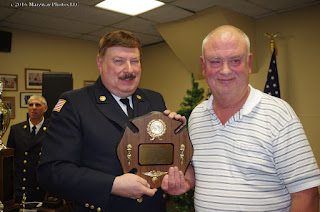 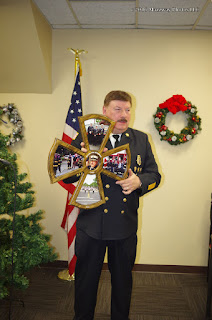 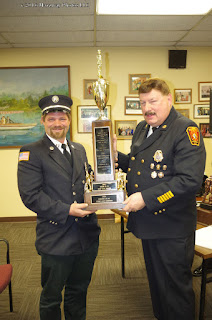 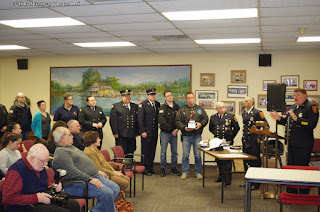 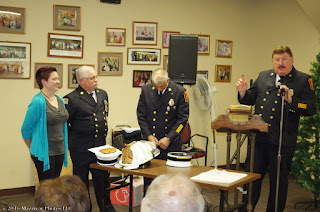 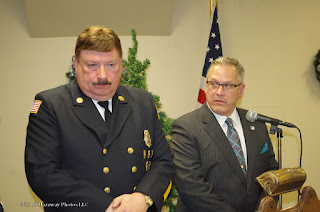