17-December-2017
On Thursday 13-December the Bogota High School Fine Arts Department presented their Winter Concert for this Holiday Season.
As the audience entered the building they were greeted with  with a selection of songs from the Flute Ensemble. Music echoed through the hallways as attendees took a moment to purchase ticket, have a quick snack and start to warm up from the first cold snap of the season.
The opening act was the High School Jazz band under the direction of Barry McCann.They preformed a number of traditional Holiday Songs by with their own upbeat and jazzy interpretation.
The Women's and Men's Choir next sung a duo of  more contemporary music with a classical carol as their closing number.  Before their final song some of the more veteran members of the choir took the time to present Director  Wendy Hughes  with some thank-you gift for this years show. They give Ms.Hughes a special thank-you in announcing that this will be her final performance at  Choir Director at Bogota High School.
After the intermission the Concert Band took to the stage  and performed Holiday music from Broadway  to Ballet. They also perform a few song celebrating the Hanukkah season as well as leading the audience in the Ultimate Christmas sing -a-long.
Before the singalong the band Seniors gave Mr. McCann a few presents in thanks for his hard work. Then Mr. McCann, and  Drama Director Sabina Albirt ask Ms Hughes to return to the stage to for one more thank-you for all of her work at Bogota High School.  Ms Albirt recited a poem which included as many references to the  dozens of production they have work together on at Bogota.The she presented Ms. Hughes a book containing thank you and well wishes from  current, former Students and some Parents commending her for the arts education she provided to the Students in Bogota. Mr. McCann also thank Ms. Hughes for her devotion to the School and the Students, and her collaboration with him in making the productions the best they could be.
Then with Mr. McCann directing the band, and Ms. Hughes directing the Choir and Audience a sound  Christmas Carols filled the Auditorium. 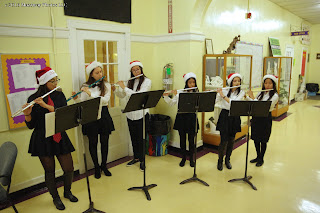 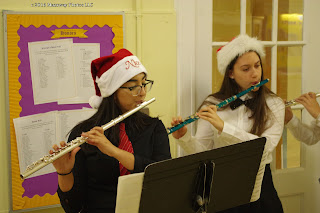 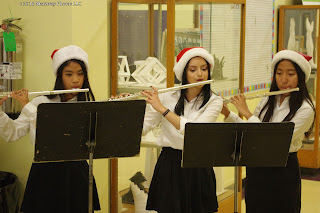 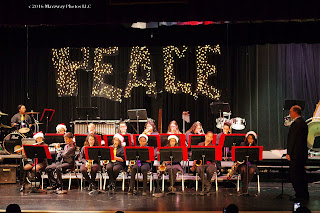 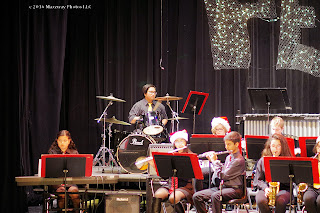 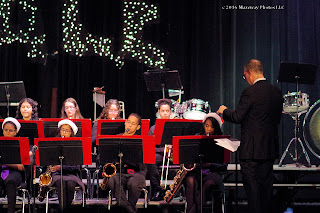 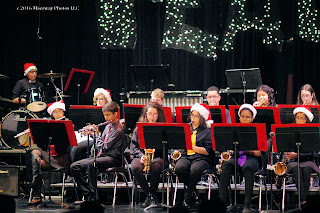 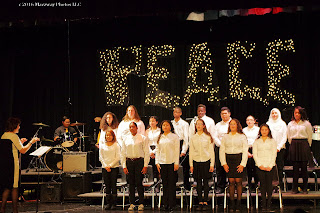 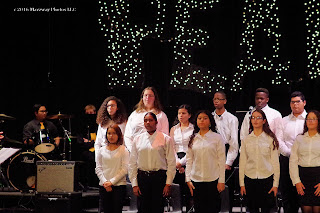 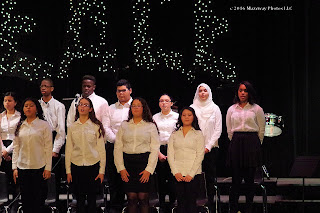 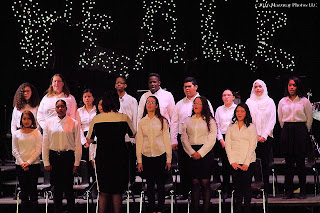 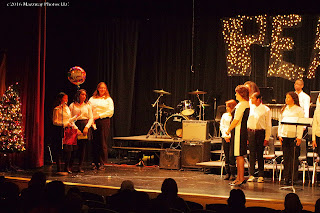 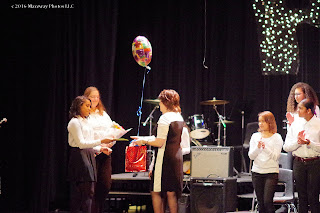 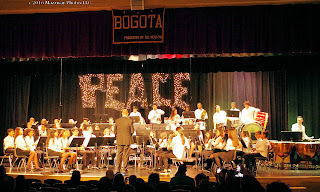 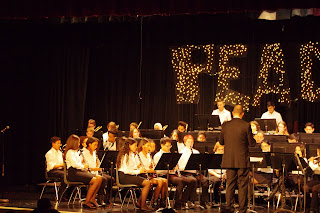 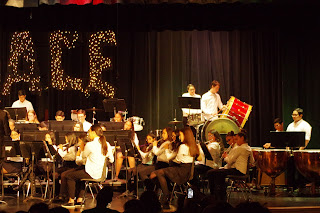 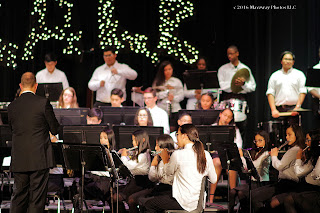 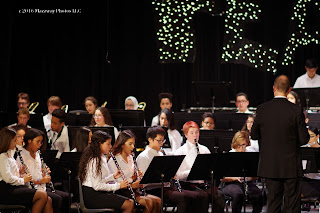 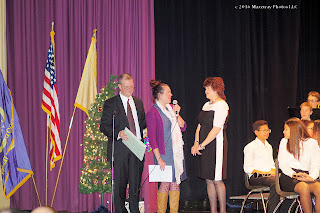 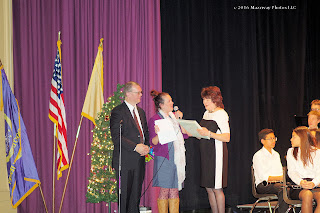 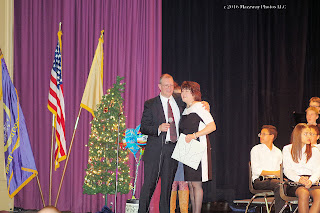 ( To help  support Bogota Blog NJ with it's coverage of Local news & sports please contribute what you can by using the  donation button  at the top right of the page.)
Posted by Bogota Blog NJ at 7:46 AM