On Thursday-22 December there was the dedication of the Coach Jay Mahoney Court in Speary Gym. This was held before the Bogota basketball game versus Midland Park. Speary Gym was filled with Family, Friends, Former Players, Administration, Fellow Teachers and members of the current Student Body to honour the long time Bogota Basketball, and Cross-Country Head Coach.  First to address the audience was  High  School Principal Damian Kennedy.  Principal  Kennedy talked about, during the course of his seven years as part of the High School, how he saw the effect Coach Mahoney had on not only his players, but any Student who he came in contact with.  Next was School Board President Charles Severino. Mr Severino  said that when the idea of naming the court for Coach Mahoney the resolution passed quickly and overwhelmingly in favor of the honour. Finally Chris Clark, BHS Class of 94,  had the privileged of introducing Coach Mahoney to the audience and  talk about  Jay Mahoney as a man.  Beyond the numbers 37 years of coaching  Varsity Basketball, 610 wins to date which is third all-time in Bergen County and leader among active coaches.  One State Group 1 Championship in 1990. Two Bergen County Championships in 1990 & 1993. One one of two Group 1 schools to win that title and the only one to do it twice. Eight Holiday Tournament Championships. Ten League Championships, 34 State  playoff appearances. And Four State Sectional Champions.   Some of his former players include Coached All-American  Pat Sullivan, who is currently an assisting Coach with the NBA's Los Angeles Clippers. Dan Sabella  Head  coach of the Bogota Football Bucs Group 1 Championship and Paramus Catholic Football Championship. Also Coaches Donald Osboure of Dwight Morrow and Jim Holswoth of Passaic Valley.
Then Mr. Clark would talk about how as a Teacher, and Mentor Jay Mahoney would help a Student who need more then just an Adult to them what they should do, but as someone who would listen and help them become a better person. Many were helped by the hard work and discipline Coach Mahoney would demand from his Athletes. Others by the assistance that Jay Mahoney would offer as a Father figure, and Guidance Counselor to point them in the right direction.
Then Coach Mahoney was joined by His Children Brianne and Kyle. He thank all in attendance, The School Board, Teachers, and Friends. He also took a moment to Thank the Coach and Players from Midland Park  for allowing the time for the dedication. Then admitted that how he has been accused by his Wife if he would ever allow himself to be happy. He proudly said that he is now Happy with the support and work he has done to be awarded with this honour. 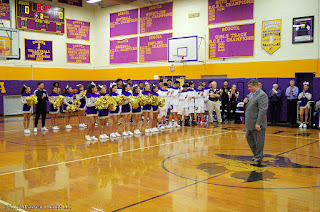 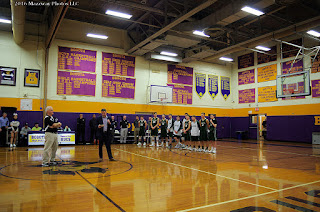 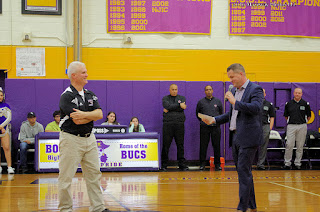 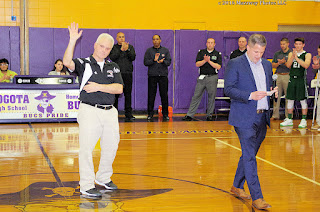 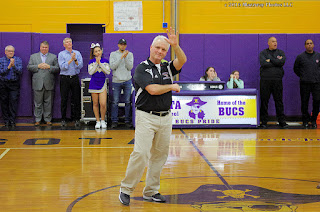 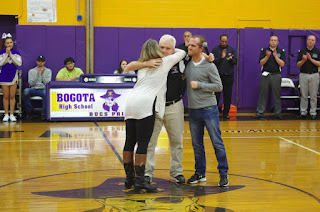 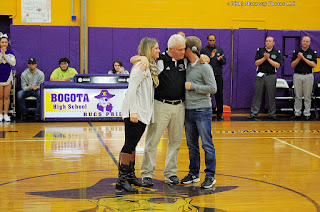 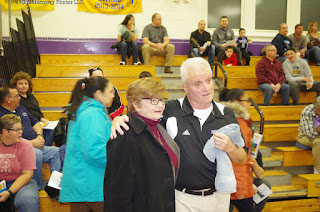 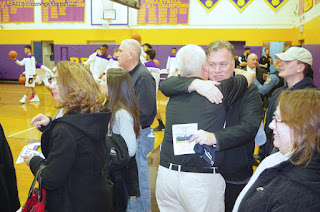 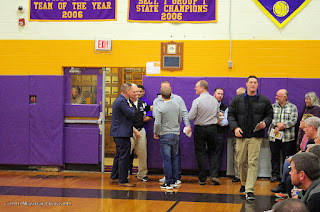