On Thursday-29-December, at a special Council Meeting the Bogota Borough Council approved a PILOT program for the River Club Development. The vote was 5-1 for. The PILOT agreement will run for 30 years and will give the Borough a set fee from the developer. The amount of the fee will be based on the Gross revenue each year. For the first 15 years the fee will be base on 10% of the Gross. It will raise to 11% in the next five years, 13% for the next three years and top out at 15% for the remaining years of the agreement.  5% of this payment will be paid in County taxes with the remaining 95% to be paid to the Borough of Bogota.  These are fixed rates and can not be raised by the Borough or challenged by the developer. In addition, the developer's profit is fix at 12% per year. Any profit over that number, determined by an outside auditor, is subject to additional taxes. There will be no percent of this program that is schedule to go to school taxes. At the end of the 30 year program the tax rate will return to the typical rate with the County, and School taxes. There is also a 3 million dollar " Community Benefit Payment" in the first three years  of the program, due when each of the five building are given their Certificate of Occupancy.
After an explanation of the PILOT program was explained by the Borough Attorney  Craig Bossong, the meeting was open to Public Comment. Some of those who took the opportunity to speak were former Bogota Mayor Steve Lonegan  and former Councilman George Silos. Both Men talked about how this type of  program will leave the Borough receiving less revenue in the form taxes.  They told of how this could a financial imbalance if the development did not meet it's goals.  Also speaking was a number of members of the Bogota Board of Education. All expressed concern that with a complex with over 400 units, there is the possibility of a large increase in enrollment to the Bogota School District. While there has been a drop in the High School, in recent years, the enrollment at of the both Elementary Schools, Steen and Bixby are operating at slightly over capacity.  One of the School Board members expressed  the concern of the  possible cost of expansion to the Districts schools due to over crowding.
Other members of the public spoke of the concerns over flooding on the site and the relocation of resident vehicles at those times. There were also questions raise about the impact of the Boroughs infrastructure, with public services such as roads, and sewers systems along with  impact to the Police and other Emergency Services. Another concern was the cost to the Borough of the development did not meet its projected goals, and are there any assurances that the tax payers of the Borough would not have to pay for a "bail-out"
After the Public Comment session was closed, a motion was made to table the ordinance to allow for more study, and community input. This was defeated when no other Council-member seconded it. Then each member of Council was given a chance to express their views on the matter. The common theme was that this was a chance to have a large scale redevelopment of an otherwise little use parcel of land in Bogota. Council President John Mitchell, who sat -in for Mayor Chris Kelemen,  admitted that this was not the "perfect solution" for that area, but  it is a start to expand investment in Bogota. While the retail component of the site is less than what the Borough wanted and it is more than what was originally planned. 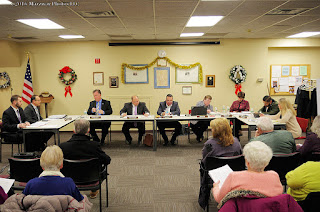 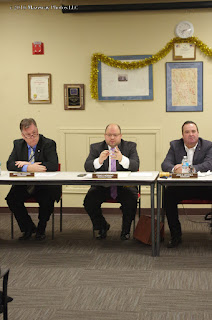 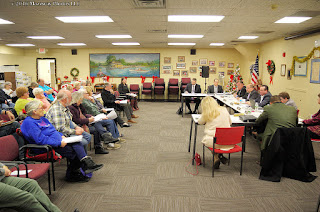 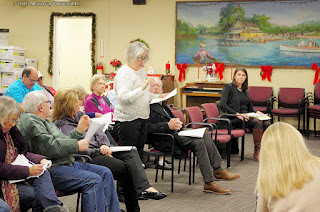 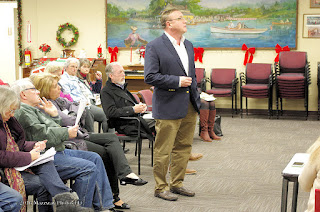 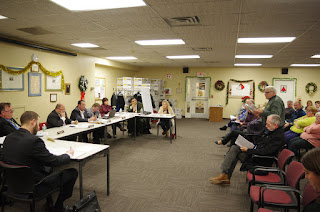 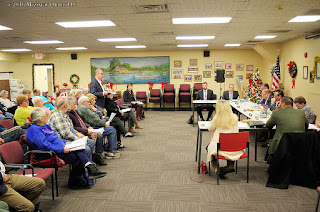 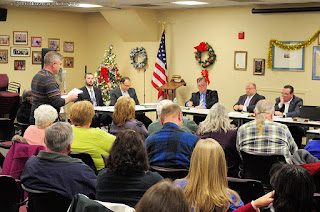 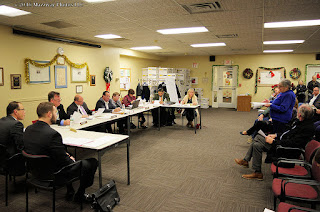 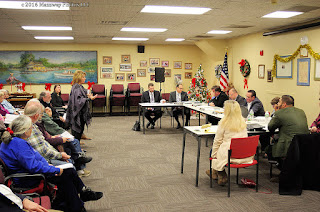 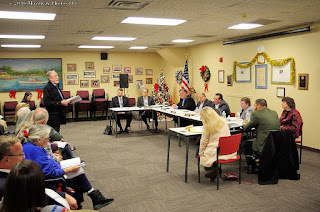 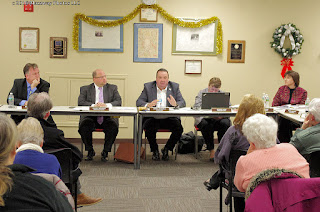 ( To help  support Bogota Blog NJ with it's coverage of Local news & sports please contribute what you can by using the  donation button  at the top right of the page.)
Posted by Bogota Blog NJ at 3:53 PM