14-March-2018
On Wednesday-14 March the Students and Facility of Bogota High School joined other school across the country to remember the victims of gun violence. and demanded better control of guns in the United States.  This started as an idea by the Student Congress and them embraced  by the Administration.  The rally began in a packed High School Auditorium  with addresses from Principal Damion Kennedy, Mr John Sterling, and member of the Student Congress.
Mr. Sterling spoke first and asked the Student what are some things they are proud of. Achievement in Academics or Athletics were mention. Helping out  a neighbor or volunteering were other things he said. But what will happen today and what they chose to do in the future should be something the Students should always remember. Mr. Sterling gave the audience some ideas on what to do after this day. "Making petition, and writing to elected offices to  stat a ban on Automatic, or other military  style fire arms. But still allowing the right of the Second Amendment for citizens to own guns for hunting, and for the protection of themselves & their property". Much like the First Amendment protects the right to free speech unless the possibility causing harm to other ( yelling fire in a crowded theatre)
The member of the Student Congress spoke next. They thanked the Administration and Facility for there support. Then they talked about how the Students themselves need to beware of their environment. This means the looking at all levels of social media to see if messages have change, or out of the ordinary. Or even just talking to a friend to make sure they are alright.
Then Principal Kennedy address the Audience to first remind them on what to do in an emergency situation. Protecting ones self is a top priority, in which ever way possible. He next said the adults need the aid of their generation to keep their school and community safe. If a Student  knows, or even hears about a potential threat they should alert the nearest authority personal.  Now a days, unfortunately, what could be though of as a joke is not acceptable. Any information could allow a person to get help or save a life and there should be no hesitation in letting someone know about.  Mr.Kennedy then told that the Student age 17 &18 should registered to vote.  The School will provided forms and even mail them to the State so their action on this day could turn into positive change in their lifetime. He ended the assembly with a long moment of silence for those who have lost their lives to gun violence. The Student showed their respect by staying quiet for as long as Principal Kennedy wanted.
Then Student walked to Palisade Ave in a show of unity for wanting to as one sign put it "Make America Safe Again". Some carried of signs  wanting change, and to encourage passing cars to show support for ideas. Many drives joined in by hooking their horns, which the Students responded with cheers of gratitude. After about 20 minutes the participates return to their lives as Student and to plan what the future may hold for them. 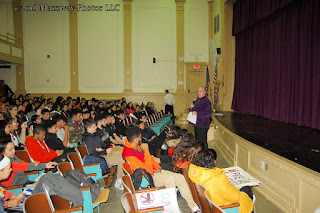 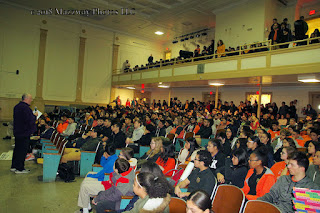 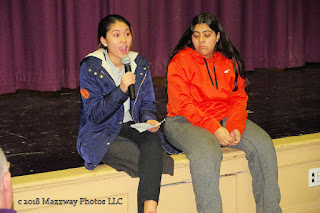 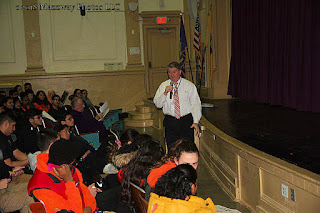 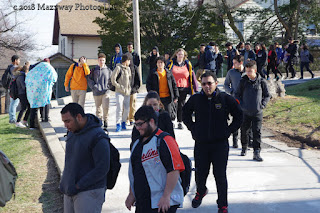 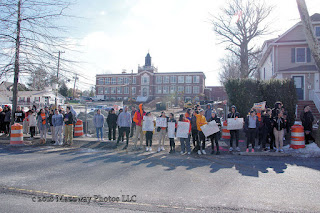 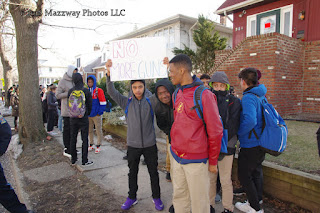 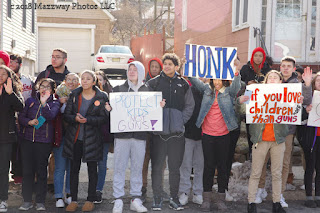 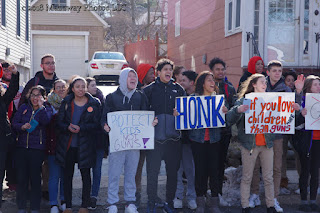 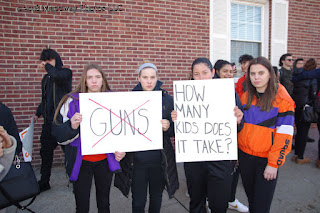 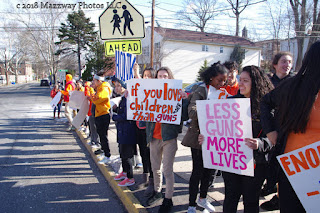 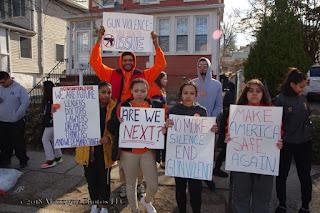 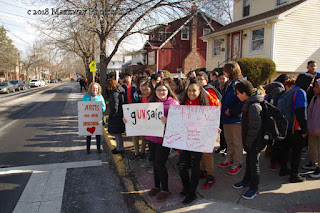 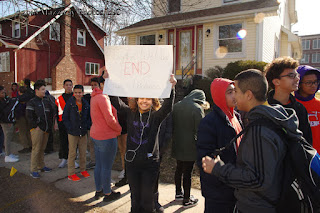 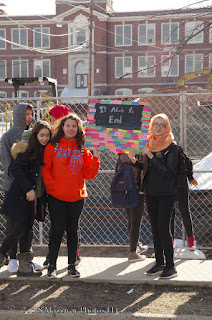 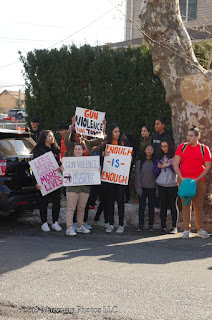 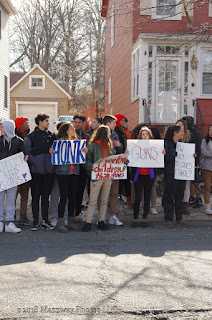