10-October-2018
The Bogota Board of Education held their first meeting for the Month of October. In his opening remarks Superintendent Damian Kennedy  announced that the district had received  over $600,000.00 in grant money to start preschool programs for children who live in the district.  At first they will be held in building that now offer preschool programs. Notable Trinity School and Bogart School. These new preschool classes will be free to families who reside in Bogota. Mr. Kennedy hopes to start with four preschool classes at the beginning of 2019.
Another announced he made was the the Bogota school district has been award at $10,000 grant to the Athletic Department. He added that this grant was to be used to recondition Fiegel Field, both the football field and the Baseball diamond. the goal is to add a water system to both and keep the natural surface.
When public comment was open for a second time Police Chief Daniel Maye talked about his concern for the rumors that the board was looking into hiring a private contractor for school security. Superintendent  Kennedy repeated his statement from the Town hall meeting in September, that was Board felt a private firm in not an option for the Bogota Public School. He did say they private firms had contacted the district, but none have presented anything to the Board.  Another point made was that no member of Borough Council was asked to be in a meeting to talk about the hiring of security officers. Both Mr. Kennedy and Board President Lisa Kohles said this meeting was an house fact finding meeting to discuss cost.  It was said that the meeting was attended by  Superintendent  Kennedy. Ms Kohles,  School District Business Administrator Irfan Evcil. Bogota Borough Administrator Joseph Scarpia, and Bogota police Chief Daniel Maye. Mr. Kennedy said that  this meeting was to find out about the cost of an SRO and three class 3 officers for the schools. Then they would present the finding and hold a committee meeting that will included representative from both the Board of Education and Council Members for Bogota.
When  some members of the public asked why the Board of Education was not doing more. Ms Kohles said that the Board of Education was ready to accept an SRO for the High School at an earlier Board Meeting, but was asked to pull the item from the agenda due to budgetary concerns made by the Borough. The Bogota Police Dept. had a number of unexpected  retirements and did not want to put a further strain on their budget.  The SRO will be paid for by both the Police Dept. and the Board of Education, both groups are hoping to have the funding for at  least the SRO at the beginning of 2019.
The next Board of Education meeting  is scheduled to take place on Tuesday-16-October, and will start at 7:00p. This will be held in the High School Cafeteria  located on the second floor of 2 Henry Luthin place. Access to the High School is through door #M on the South side of the building.  This is open to the public. 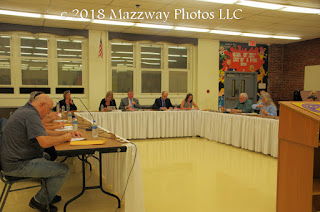 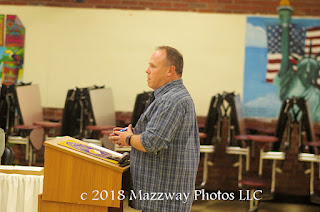 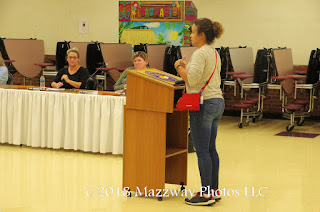 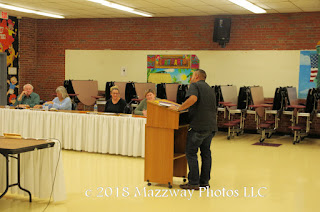