14-November-2019
On Wednesday-13 November the #1 Bogota Lady Bucs Volleyball team hosted the#4 Midland Park Lady Panthers played in the Semifinal Round of the New Jersey State Interscholastic Athletic Association State Group I Tournament. This was played at Speary Gym in Bogota. In the first set Bogota would jump out to a 3-0 lead. The Lady Panthers would not let the home team take a larger lead and would start to close the gap. Midland Park’s Chiarra Brenna then served her team ahead at 12-11. This was followed by three ties and 2 lead changes. Again Bogota would pull ahead, and again The Lady Panthers would tie the set. Bogota would get to 20 first, then Julia Calderone served the visitors into one point of a win. Midland Park scored the winning point soon after to secure a 25-22 first set win. This would be only the set Bogota would lose at Speary Gym this season, and the only one to a Patriot Division opponent.
Before the second set started Captain Julianne Corniel would huddle her teammates to focus on the task at hand. Play started with the teams trading opening Points. Bogota served themselves to a 4 Point lead, they would hold for the rest of the set. The Lady Bucs would use service runs by Katie Tobin and Julianne Corniel to tie the match at 1 with a 25-10 win.
As the final set began Bogota Coach Brad DiRupo reminded his team where they were playing, and that Bogota had not lost a section final in the first nine years of this format. The Lady Bucs started with a 2-1 lead behind the serving of Olivia Rosado. After some Points traded places, Nylene Mateo went on a six point Service Run. Soon after Julianne Corniel had her own run with short 3 point run which gave Bogota a double digit advantage.  Julia Calderone brought the Lady Panthers back into the match with a couple of scoring serves. Bogota continued to move forward and place themselves at 23 Points. Midland Park’s Emilie Chalam push her team to stand firm, with a 5 Point Scoring run to bring the score to 19-23 Bogota. The Lady Bucs would get the final Kill from Kiara Polanco to end the set at 25-20 for a 2-1 match win. The Bogota players showed a small burst of emotion, before hurrying to congratulate the Midland Park team for a memorable Semifinal match.
Bogota’s Nylene Mateo would have a match high with 22 Kills, with Midland Park’s Emilie Chalam recording 8 Kills  Amber Vazquez scored a career high of 38 Assists for Bogota.  Lady Panthers’ Julia Calderone led her team with 21 assists.  Bogota’s Gianna Estevez had 16 Digs, with Chiarra Brenna recording 11 Digs. Julianne Corniel and  Amber Vazquez each had 12 Service Points. Both Katie Tobin and Nylene Mateo had 2 Aces for Bogota. Lady Panthers Sarah VanderPyl  had a match high with 6 Blocks. Ashanna Caviness and Angelique Caceres had 2 Blocks a piece for the Lady Bucs. Bogota’s record is now 28-4.
Coach DiRupo players would head into the locker room for a well earned rest before being presented with their tenth Sectional Final Championship in 10 years.
The #1 Bogota Lady Bucs next play #2  Kinnelon Lady Colts in a Championship Match of the 2019 NJISAA Group I Women’s Volleyball Tournament on Saturday-16-November. This will be play at William Paterson University with  the first served schedule for 1:00p 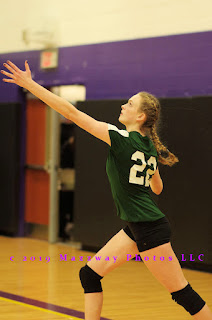 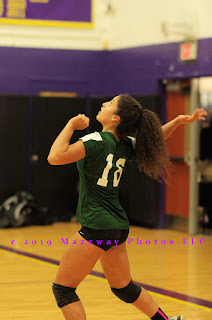 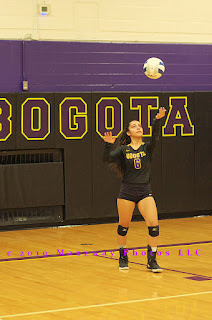 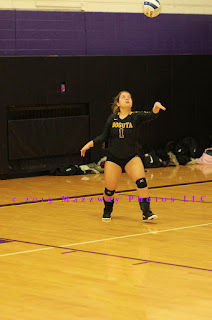 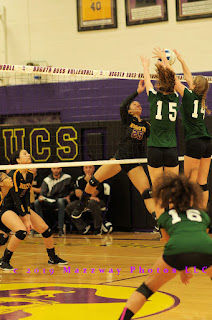 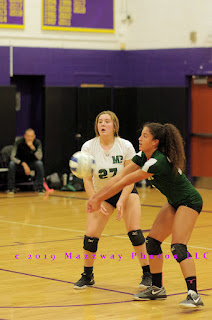 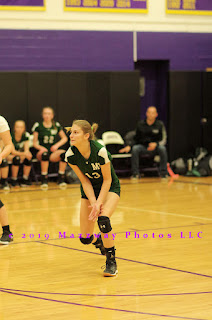 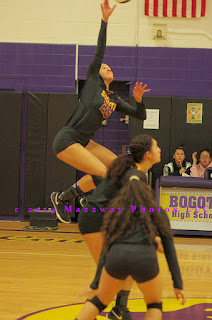 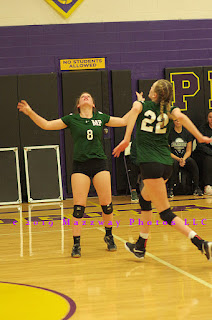 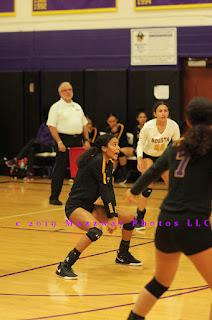 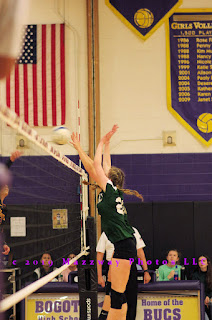 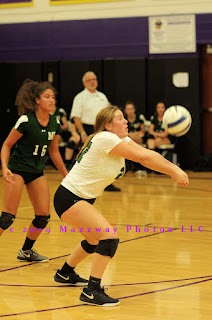 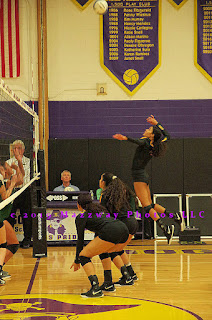 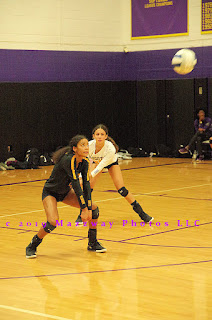 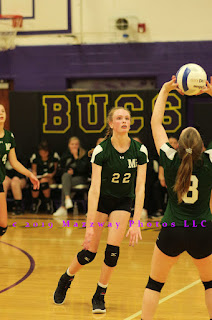 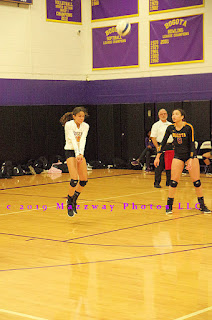 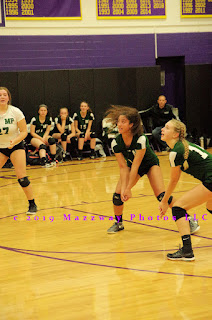 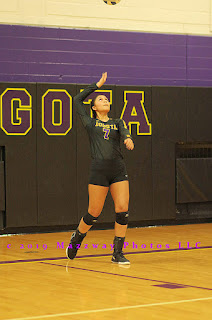 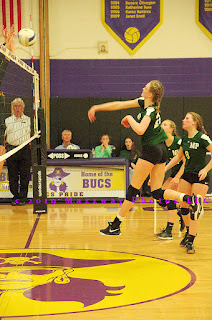 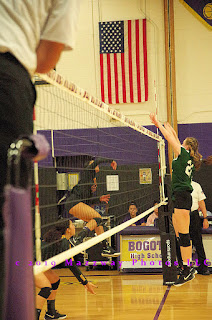 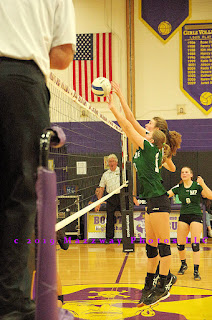 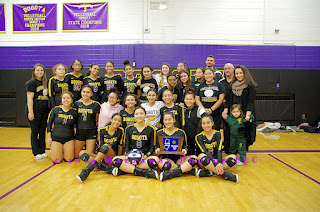