10-June-2021
On Wednesday-9-June Bogota High School hosted a combined Academic and Athletic Awards ceremony for the Senior of the Class of 2021. The Bogota Students were presented with recognition in Academic achievement along with a number of  Scholarship to be used to continue their Education.
The attendees were welcomed by High School Principal Ms. Kelly Foley DeCongelio.  The attendance was limited  to the Student and just a few members of their Families. Over Three Quarters of the Students who honoured were able to attend in person. The event was also stream live on the District  you tube channel and can be view at:  https://www.youtube.com/watch?v=mXsRJiaiGoI
Some of the Major awards  were presented by private organizations. They included the Bogota Fraternal Order of Police, the Bogota Emergency Services Youth Academy, The High School PTO, The Bogota Scholarship Association and the Bogota Education Association. Two awards were given out by the United States Marine Corp. Staff Sergeant Brooks and Staff Sergeant Nunez presented Ms. Yelitza Morales with the Scholastic Excellence Award, and  Ms.Emalia Samouhos was given the Semper Fidlis Award for Musical Excellence.
Then there were a number of honours from the High School. These included various  Departmental honours for Academic achievement.
Individual Awards were;  the Unsung Hero Award won by  Ms. Brianna Moncho. Ms Moncho  would also be presented with the Community Service Acknowledgment. The Principal’s Award for Service given to Elsie Luque. And finally The Henry Luthin Scholarships  would be presented to Ms. Carmen Cruz.
Members of the Student Council then took the time to thank many of the Facility and Staff for their guidance and support over years while attending Bogota High School. The Students also took a moment to thank, and congratulate Guidance Councilor Ms. Karolyn Misa on her retirement  at the end of this school year.
The next came was the Athletic Awards. This was led by Athletic Director Mr. Brad DiRupo.  This was the opportunity to acknowledge the Senior Athletes performances during the 2020-21 Sports Seasons.  Some of the Major Scholarship awarded were: The NJISAA Scholarship to Ms. Kiara Polanco. The NJISAA for Sportsmanship was presented to Ms. Ciara Feliz and Mr. Ashanti Caviness. The Michael Granquist Sports Award went to  Mr. Jesus Michel,  Mr. Taj Collins,  Mr. Alexis Fernandez, and Ms. Ciara Feliz .  The Bogota Sports Hall of Fame Scholarship wee given to Ms. Amber Vazquez, Ms. Kiara Polanco, Mr. Dennis Toremis and Mr. Ashanti Caviness.
Then the individual teams gave their awards and Varsity Letters to the Senior Athletes for the past school year.  A few personal honours were for Ms. Kiara Polanco certificate for being named to the All New Jersey, All Group First Team. Also Mr. Ashanti Caviness received  the game ball in recognition for scoring 1,025 points in his Varsity career.
Also announced was the Championships won by the Bogota Sports teams. The Bogota Football Bucs won the Union Division title. Both the Women and Men Cross Country Bucs would win the Patriot Division Championship. The Bogota Lady Bucs Volleyball team would win their Division 3 Championship. This would be their 17th straight Division Title. They would then go on to win their 12th straight Group title finishing the season with a 10-0 record.
Select photos from the Bogota Blog NJ collection of  Bogota Arts are now available for purchase. These may be order from the Bogota Blog NJ Zenfolio store at: BogotaBlogNJ/ High School Events
( To help  support Bogota Blog NJ with it's coverage of Local stories & sports
please contribute  at: donate to Bogota Blog NJ ) 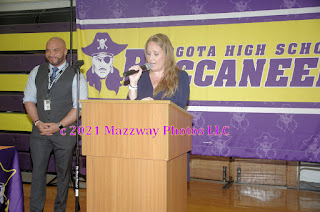 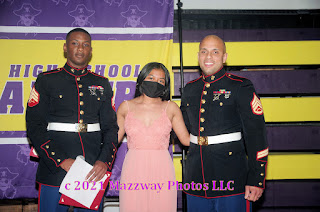 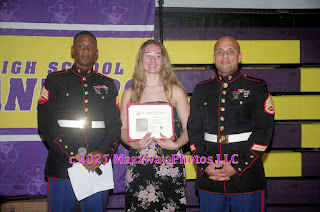 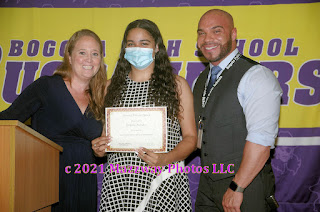 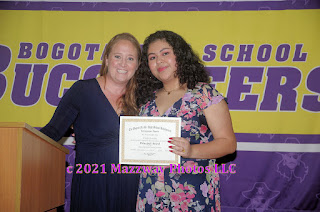 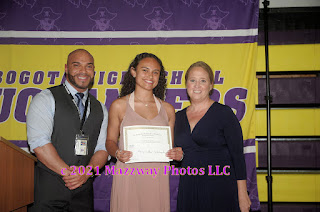 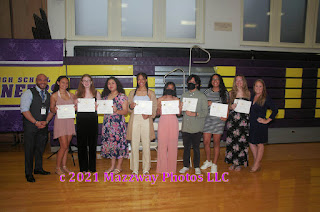 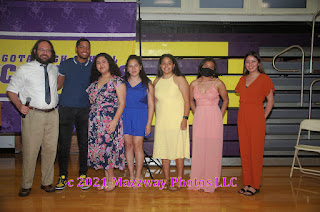 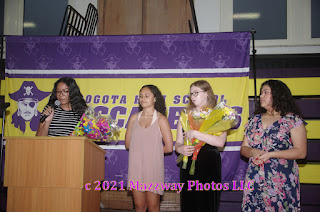 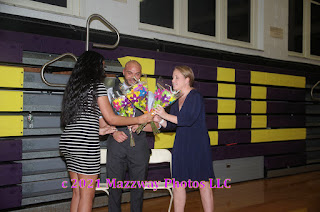 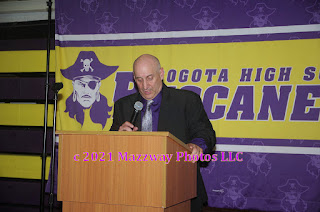 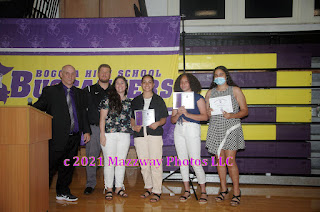 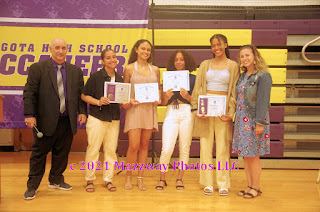 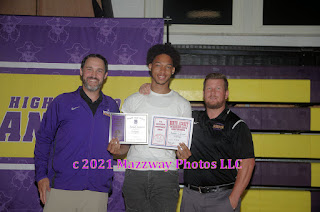 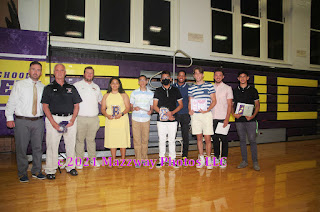 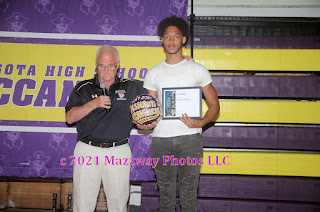 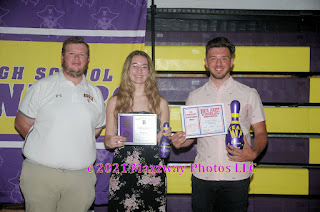 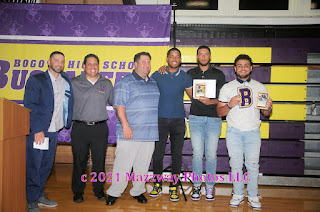 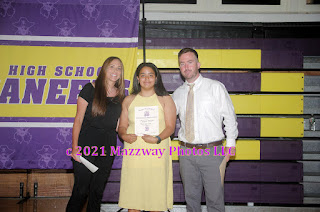 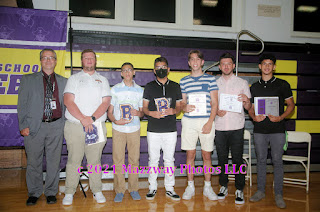