Ridgefield Park Board of Education

22-July-2021
On Wednesday-21-July the Ridgefield Park Board of Education held their second meeting for the month of July. This was held both in person at the High School Cafeteria and on line. A slight change in the order of business was agreed upon to accommodate the expected large number of resident to asked to be heard during the Public Comment session.
The meeting started with Acting Superintendent Dr. Barry Haines introducing a number of presentation as part of his  Superintendent’s report.
The first was  Middle School Teacher Mr. Michael Savino reviewing  his seventh grade class work on this past years Project Citizen assignment. This years theme was “Drastic Plastic” on what can continue to be done about collecting and reusing different types of plastic containers.  Two Student also gave examples of their report to the Trustees and audience in attendance.
Next was Ridgefield Park Commissioner Mr. Mark Olson  asking the district to consider adding an Archery class to the Physical Education program. This would be in conjunction with the Wanda Canoe Club which would supply the space, equipment and supplies. The only project cost to the district would be transportation to the archery range.
Then the districts nurse Ms. Erin Agular about the reopening of the Public Schools this September. Ms Agular said the district will continue to look for the State of New Jersey, and Local Heath Department on the mask and vaccination requirement to safely allow schools to open. She also informed the Trustees that a survey will be sent to the Parents of School aged Student for their concerns about the need to wear a mask in-doors and possible the number of Families that have been fully vaccinated in the Village.
In Committee reports of note work on the Bus loop at the High School, is scheduled to be finished before classes start. Lighting work in the buildings has a 30-September finished date  and wall repair in the building  will run from August to September.
Then the Trustees voted on the agenda items. All were passed by unanimous vote. Items of note were:
- The approval to have a number of classes using the same space for dual use learning.
- The retention of a Special Law Enforcement Officers Class III for all four Public School building.
- The appointing of Dr. Barry Haines  as Acting Superintendent
Then the meeting was open to the second Citizens comment of the evening. The main points discussed were the opposition to having  former Superintendent Dr. Angela Bender being placed on paid suspension. Many of the comments were to explain how as both a Principal at the Grant Elementary, and Superintendent of the district she had worked to improve the general education of the Student and had brought more support assistance to special needs Students. Others question the actions of the current,  and past Board of Education trustees, to have allowed the District to have 5 Superintendents since 2017, and 6 Business Administrators since 2018.
Another topic was the concern of requiring face mask, in class, when the 2021-22 school years opens.
The third major point that was discussed the amount the Little Ferry School district pays to Ridgefield Park as part of the agreement that has Little Ferry Student attend Ridgefield Park High School. The State Monitor, for the Ridgefield Park School District, said that the Little Ferry Board of Education are up to day with all needed payments. he did add that a number of contracts between the two district still needed to signed by the Little Ferry Board of Education.
When the public comment session was closed and Trustees quickly moved to adjourn the meeting.
The next Ridgefield Park Board of Education meeting is scheduled for Wednesday-25-August with the  open session schedule to start at 7:30p. This will be both an in-person meeting to held in the High School Cafeteria and on-line. Log-in information will follow. the High School  Cafeteria  is located a 1 Ozzie Nelson Pl Ridgefield Park NJ. the meeting is open to the public.
To find more information please visit their website at: https://www.rpps.net/ .
( To help support Bogota Blog NJ with it's coverage of Local stories & sports
please contribute at: donate to Bogota Blog NJ 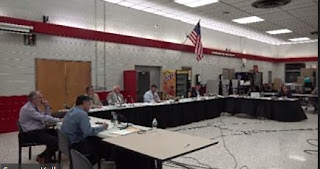 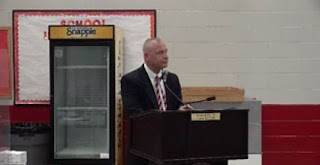 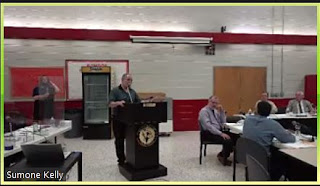 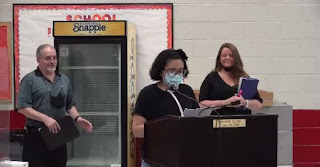 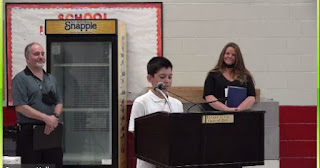 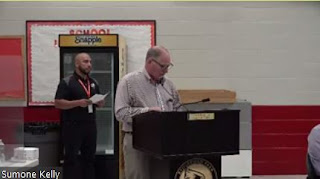