Teaneck Board of Education

On Wednesday-7-July the Teaneck Board of Education held an emergency meeting whose only amendment was to “place Superintendent of Schools, Dr. Christopher Irving, on a paid Leave of Absence, effective immediately, and appoint Ms. Angela R. Davis, Assistant Superintendent of Educational Services to serve as the Board’s Acting Superintendent of Schools, effective immediately, pending the Board’s appointment of an Interim Superintendent of Schools”
Dr. Irving had finished the first year of his  five-year contract in 2021.  This was after he had already completed a two-year contract with the district when he was hired in 2018.
This meeting was held both in-person and online. During public comments a large number of residents took to the microphone express their support for Dr. Irving. When the comment portion was closed the trustees move to executive session. When they return it was announced that the amendment would be tabled for a future meeting.
A second emergency meeting was held on Wednesday -14-July. This only had the same amendment listed on the public agenda.  Again it was held both in-person and online. Like the meeting week prior, residents, Educators, Students stepped forward to support the current Superintendent. Many listed Dr. Irving’s  accomplished some of which were: The opening of the Theodora Smiley Lacey school with spaces for 180 Kindergarten Students, revamping of the Gifted and Talented program, changes to the special education plan and securing a federal $500,000 School Safety Grant. A few speakers would question the choice of Ms. Davis to act as Interim Superintendent. Others cited the district on goals specifically GOAL 3: The Teaneck Public Schools will execute effective communications and solidify quality relationships with educational partners within and throughout the community. Saying that the Board of Education has not provided information to the public for the reason of this action against the Superintendent.
After allowing to public to speak the Trustees adjourned into executive session. After about 2 hours the meeting was reconvened.  It was announced that the no action will take place on the amendment involving placing  Dr. Irving on a paid leave of absence. With that announcement Superintendent Irving will continue to lead the Teaneck Board of Education.
Two other amendments were placed on the record to be vote on. Both of these were to accept the settlement of grievance against the district. Both were passed by unanimous vote.
The next Teaneck Board of Education meeting is scheduled for Wednesday-25-August starting at 8:00p. This will be held both in person and online. For more information, or to view past meeting please visit their website at:  https://www.teaneckschools.org/MeetingScheduleAgenda.aspx
( To help support Bogota Blog NJ with it's coverage of Local stories & sports
please contribute at: donate to Bogota Blog NJ) 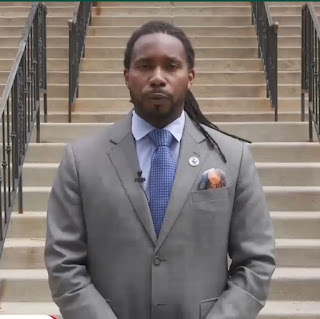 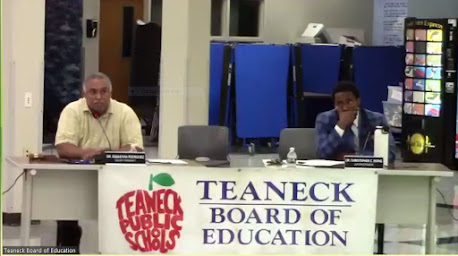