3-June-2022
On Friday-3-June the Students and Staff of Bogota High School staged a walk -out in support of the "Wear Orange" movement to bring awareness for need to end to gun violence in all of its forms, including domestic violence, suicide, and city gun violence. This was in response  to the fatal shooting in a school in Texas , Students Simra and Valerie with the guidance of Vice Principal Dr. Malcolm Lash started to organize an event.
Their idea was to ask the Student to wear orange and stage a peaceful walk-out in front of the High School. At 9:00a the front doors open and Students along with members of the Facility and Staff walked down the steps. They moved down Henry Luthin Pl to Palisade Ave. The marchers then turned left to then walk up the Southern sidewalk back towards the school. They would then proceeded to do 7 loops around the parking lot, in silence for 21 Minutes. This reflected the number of  lives lost at the Robb Elementary School in Uvalde, Texas on Tuesday-24-May. The colour orange is also used as a way to identity humans so that they can be seen by hunters so they do not get shot when hunting.
Many of the Student wore orange in one form, or another. While some shirts where from other schools, they still showed the unity in the support of the cause to help save the lives of all other Students, and people nationwide.
(To help support Bogota Blog NJ with its coverage of Local stories & sports
please contribute at: donate to Bogota Blog NJ) 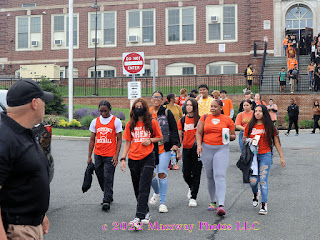 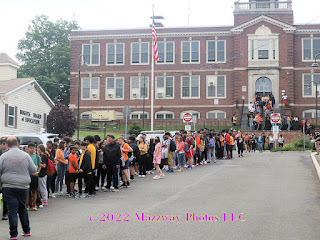 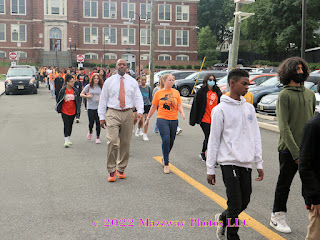 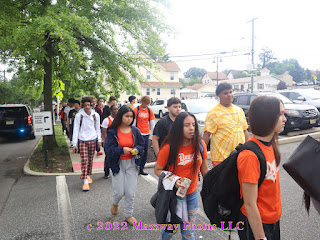 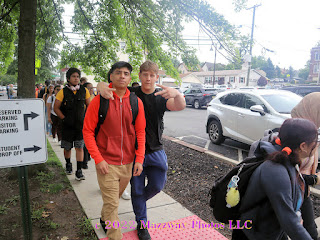 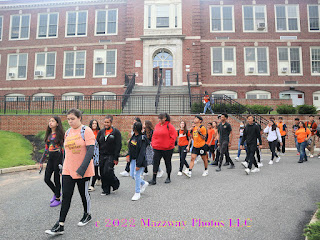 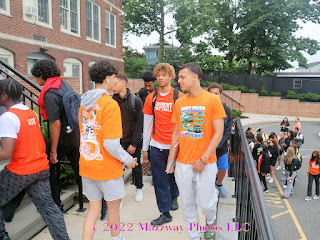 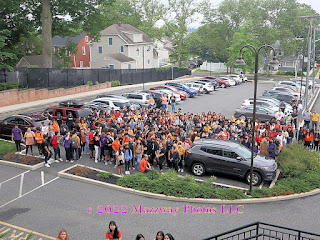 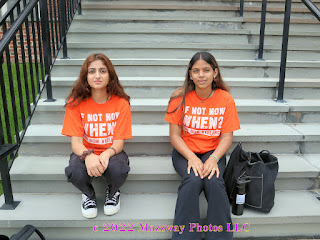