On Thursday-16-June the Lillian M. Steen School in Bogota held their Fifth Grade Graduation Ceremony for the Class of 2022.  This was the first Fifth Grade Class to have a Graduation Ceremony from Steen School.  As the Audience gathered in the Moore Gym they were entertain by Music Teacher Mr. Michael Webb.
The Steen Principal Mr. Christopher Albiez welcome those who attended the program. of the ceremony. He introduced Mr. Ahyan Ahmed and Mr. Roel Barranda who lead the audience in the pledge of Allegiance and the National Anthem. The first speaker was Bogota School District Superintendent Mr. Damian Kennedy.  He told the graduates that while this may be a first step in their lives, the education they received at Steen was a solid foundation to build on. The Student need to keep looking for new experiences and ideas in their future.  Even if there a failures ahead they must big strong enough to learn from in order to achieve their goals. Few things worth while will come easy. But with the support and respect of your Parents, Friends Classmate and Teachers anything can be achieved.
In his address Principal Albiez praised the Staff, Parents,  and most importantly the Students for the continuing work they needed to over come the current situation. He talked about the Graduating Students and himself had to over come different experience at Steen School like this being his year as Principal while living in a time of  consent change and adaptation. The Student learning to still work hard was the ground work for then to build on.  As his first Graduating class from Steen Principal Albiez will remember this time with them.
Then Mr. Liam Burnett, and Ms. Charity Shia talked about their Classmates experiences  at Bixby School. After this Mr. Renan Correa Zambrano  thanked retiring teacher Ms. Lisa Tarino for her years at Steen School. He then presented her with a bouquet of flowers. Next Ms. Annabella Riccardi  congratulated Ms. Kim Neilsen for being named Steen Teacher of the Year. He also presented her with a bouquet of flowers. Then Mr.Parker Leong  thanked the PTO for there work in providing school events and new equipment during the year.
Then there was the announcements of the individual awards and certificates to the members of the Fifth grade class. Principal Albiez then announced the Principal’s Award winner to Mr. Lucas Baucage and Ms. Israe Harik  . Then came the awards for: Highest Academic Average,  presented by the Bogota VFW Post #5561 Commander Mr Alexander Hernandez. These were won by  Ms. Shi and Ms. Emely Romero. High School Valedictorian Ms. Kaylin Torres presented the Student Council Leadership awards to Ms. Amelia Diaz and Ms. Julia Garcia.  Some of the awards presented were for Creative Arts, the Safety Patrol  and Gardening Club. They were followed by the introduction of the Student Council and attendance certificates. There were also the Presidential Awards for Academic Excellence and Academic  achievement.  Then Mr. Lucas Baucage, Ms.Raquel Camejo and Mr.  Parker Leong was also a presentation of flowers to the Fifth Grade Teachers. Ms. Kelly Jones, and Ms.Pat Candelaria along with a box of chocolate to Principal Albiez
Finally Principal Albiez presented the Certificates of Promotions to the graduating Class of 2022. 46 Students were announced and handed their Certificates of Promotion.
When the final certificates were presented, and the new Alumni of Steen School accepted the applause from those gathered.  Their last duty as a member of Steen School was to present their family a rose as they proceeded to leave the stage and join their Family, and Friends, to celebrate together.
( To help  support Bogota Blog NJ with it's coverage of Local stories & sports
please contribute  at: donate to Bogota Blog NJ ) 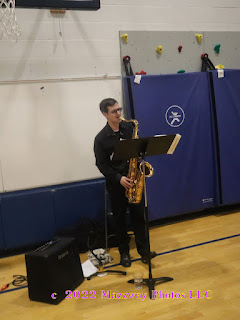 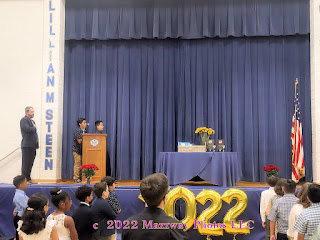 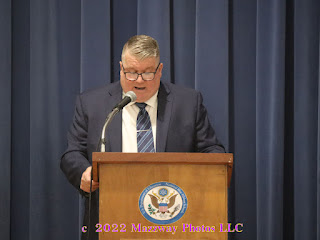 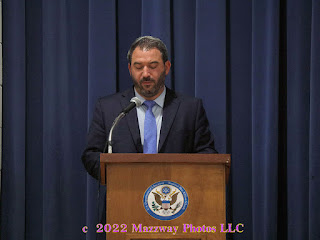 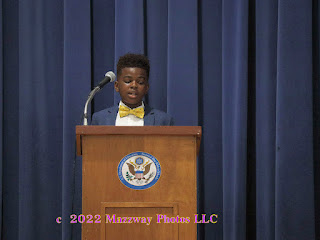 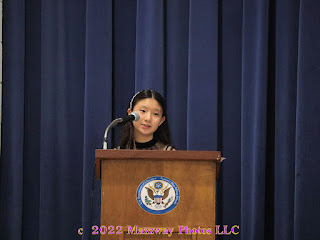 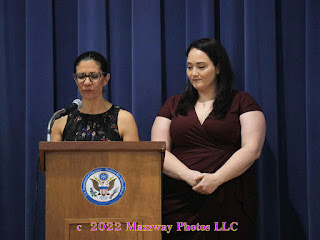 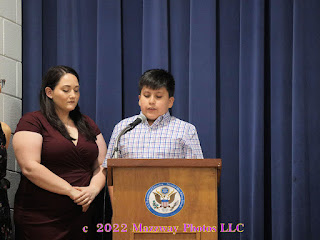 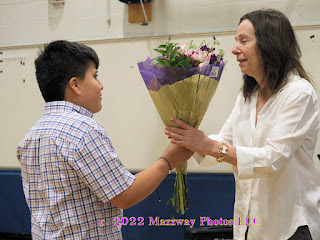 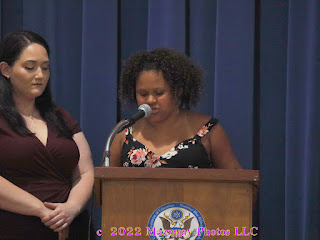 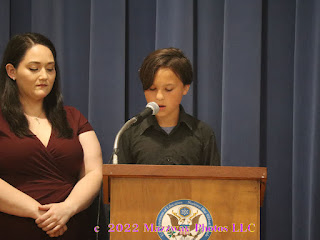 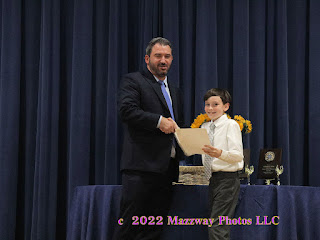 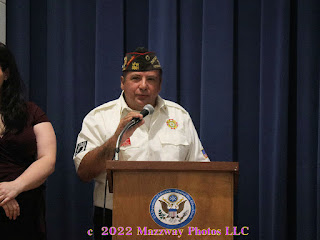 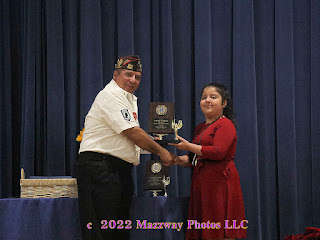 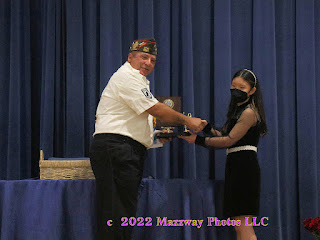 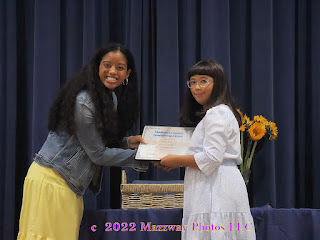 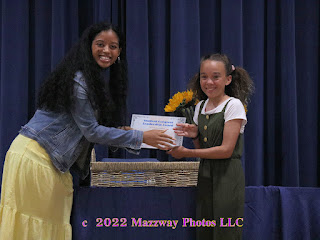 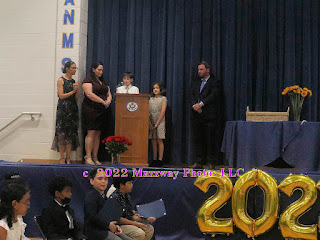 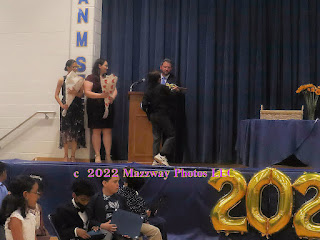 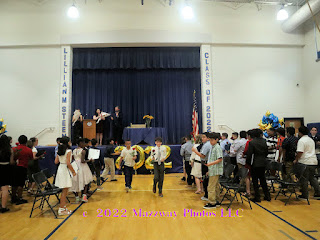